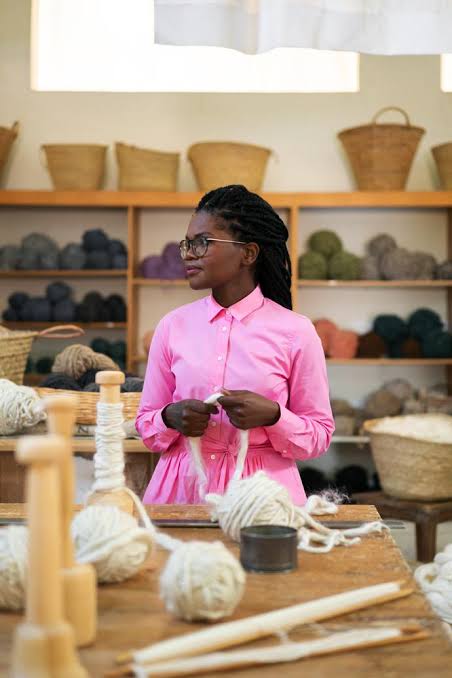 Since ancient times, weaving has been in existence. One of the oldest if not the oldest forms of textile production that has endured over the years. And now, Nkuli Mlangeni, a South African creative is adding a modern twist to her own creative weaving designs.

Nkuli Mlangeni-Berg is a creative entrepreneur and maker of things who is the founder of the Ninevites collaborative design studio. Nkuli has made a name for herself in the creative space and is perhaps best known for work– through the Ninevites; on the Sankara Rug, which won the Design Indaba’s Most Beautiful Object award in South Africa in 2017.

“I started the Ninevites in 2012”, says Nkuli, “and initially it was just a hobby project for me to do the things I wanted to do and collaborate with other people; initially, why I started it was because at the time I was working in the fashion industry as a stylist and I felt like there was not enough representation of the things I wanted to see; so I wanted to create a space and a platform where I could use textiles as a form of activism; and share the kind of things that were not necessarily being seen in the mainstream.”

Expertly interlacing yarns over a loom to produce a variety of fabrics is something South African designer Nkuli Mlangeni-Berg knows all too well. The recent recipient of Monocle‘s “Best New Talent” award, Mlangeni-Berg’s love for the African continent; its burgeoning textiles industry and the empowerment of its artisans is at the fore. Succinctly put, she’s putting African designers in the textiles realm on the map.

Born and bred in Kagiso, Krugersdorp — and now based in one of the world’s elite design hubs, Sweden; Mlangeni-Berg is currently on a mission to channel back the resources at her disposal to fellow designers across the African continent. Collaboration, something she values extensively, is at the heart of her craft.

The beauty of her childhood experiences, her Zulu-Ndebele roots and love for South Africa often inspire Mlangeni-Berg’s unique creations. In 2017, the designer’s Sankara Rug, which referenced the now popular Ndebele patterns and traditional reed dance, was named the; “Most Beautiful Object in South Africa” by Design Indaba – a remarkable accomplishment for the then upcoming designer. 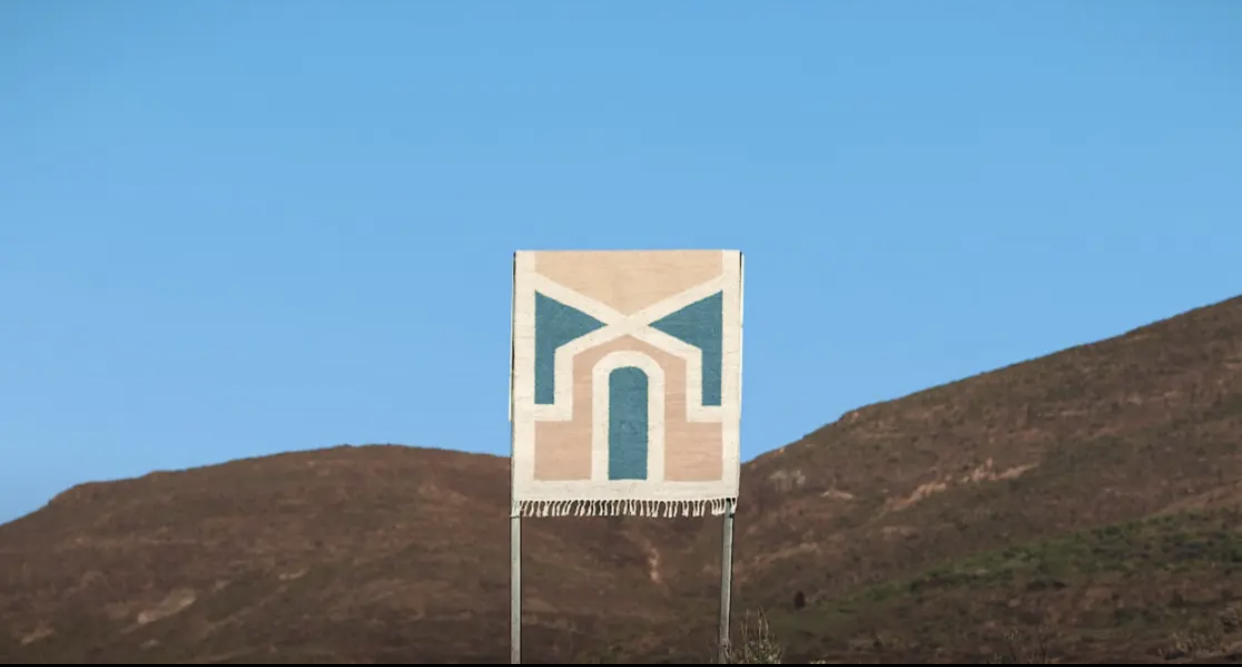 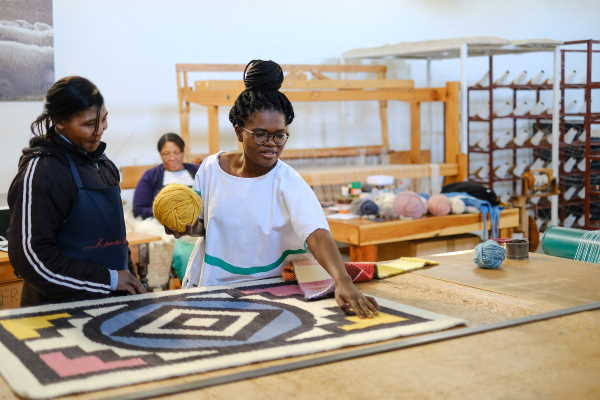 Nkuli Mlangeni-Berg is a huge advocate of weaving the past and future together, as well as connecting the old with the contemporary. We caught up with her to discuss being a multi award-winning designer; her current projects and grand hopes for Africa’s textile design space.