Check Out This Tropical Vow Renewal In Brazil 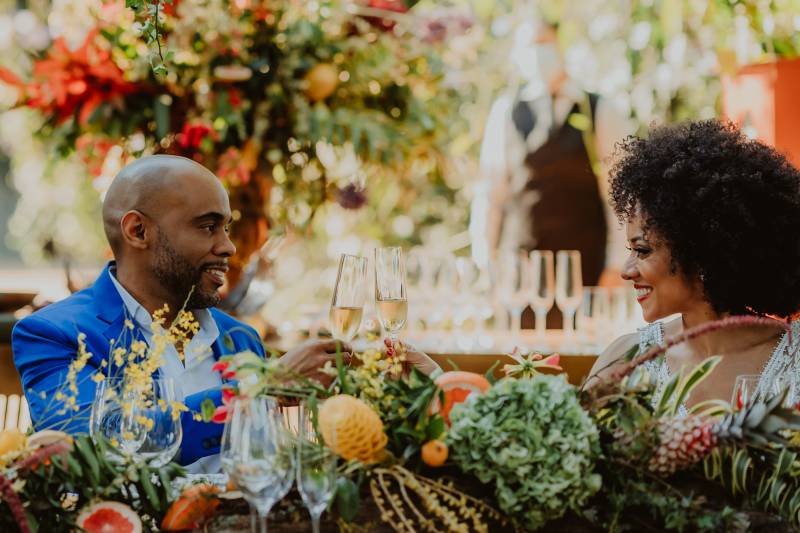 It is one thing to be married, it is another to remain married and make the marriage work. Wedding vow renewals are very inspiring and beautiful and ought to be as popular as wedding celebrations. We found this very soulful wedding  vow renewal which took place in the tropics of Brazil. 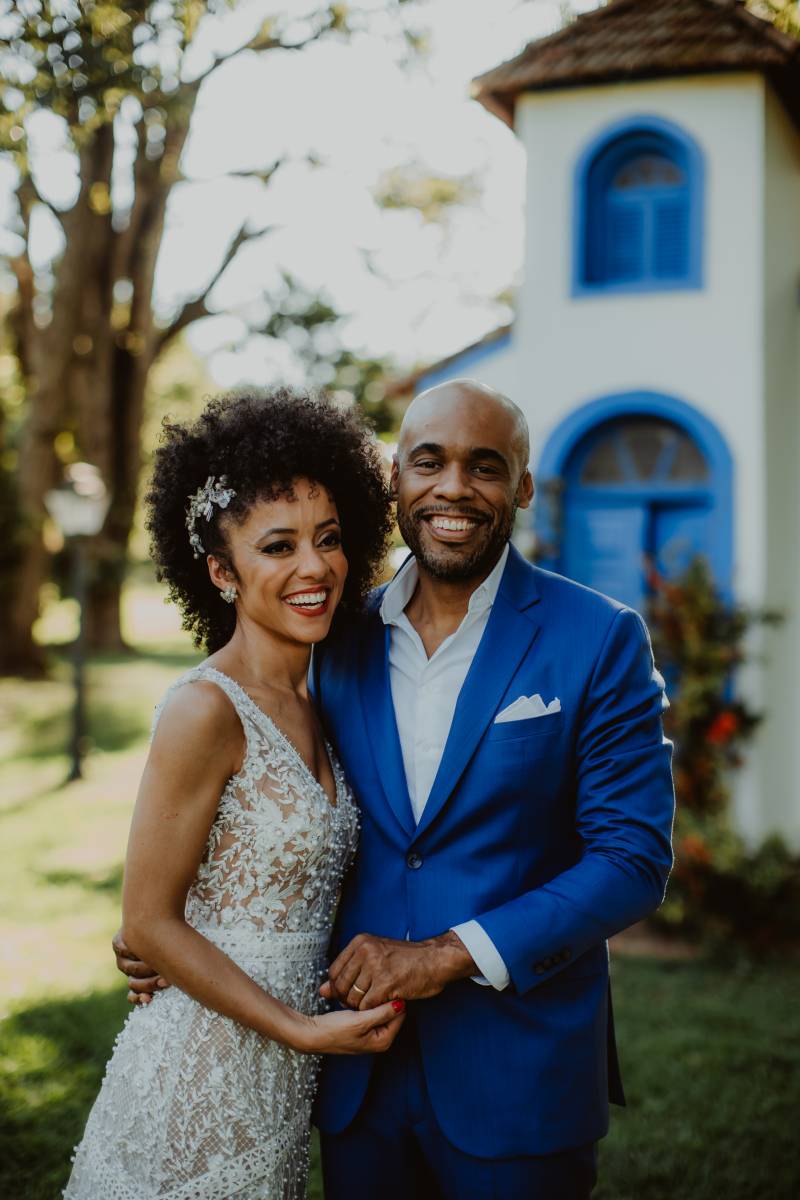 Valeria and Peterson have been married for 10 years and it’s no small feat. To celebrate ten years of wedded bliss, they had a tropical outdoor vow renewal ceremony in Brazil. 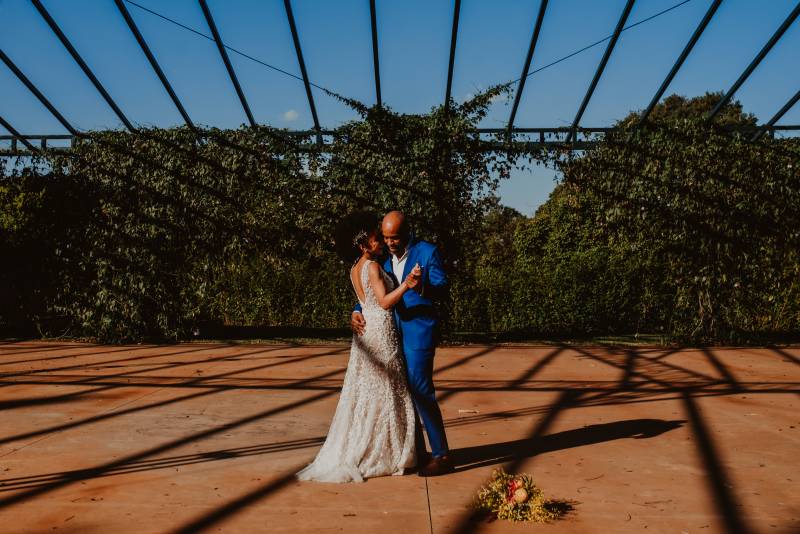 Talking about how they met, Valeria says; We met in January 2009 and in August (of that same year) we traveled together along the coast of Bahia (northeast of Brazil). When we returned, we were inseparable. I spent more time at his house than at my grandmother’s, with whom I lived. At the beginning of the following year we looked for a place and decided to live together. Peterson, then, thought it was a good idea to propose to me in a quite unconventional way. He recycled an old guitar and said he had a surprise for me. When I looked at the scene of that man with an instrument, accompanied by glasses of wine, I thought he was going to show me that he had finely learned how to play. But it wasn’t the case. He played a little, I showed some moral support and, when I least expected it, he stopped…took the ring and asked me to marry him. I laughed and cried at the same time. I just couldn’t believe it! 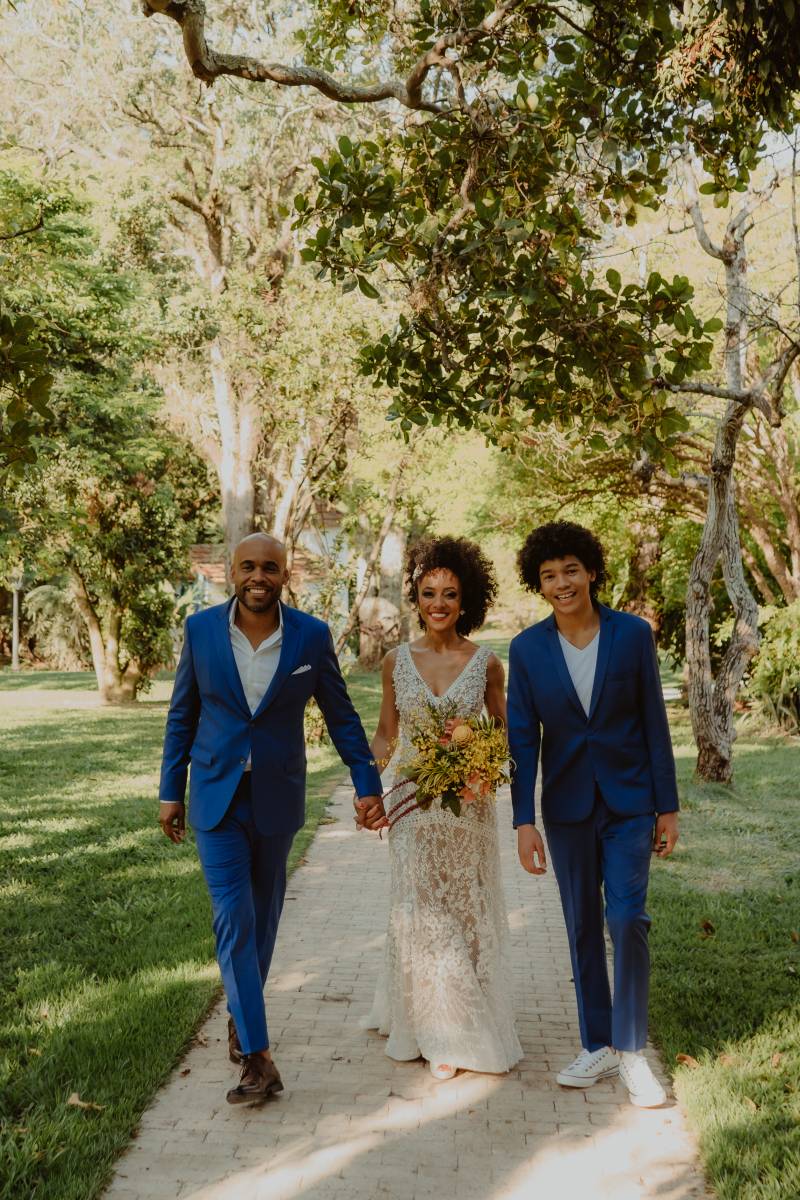 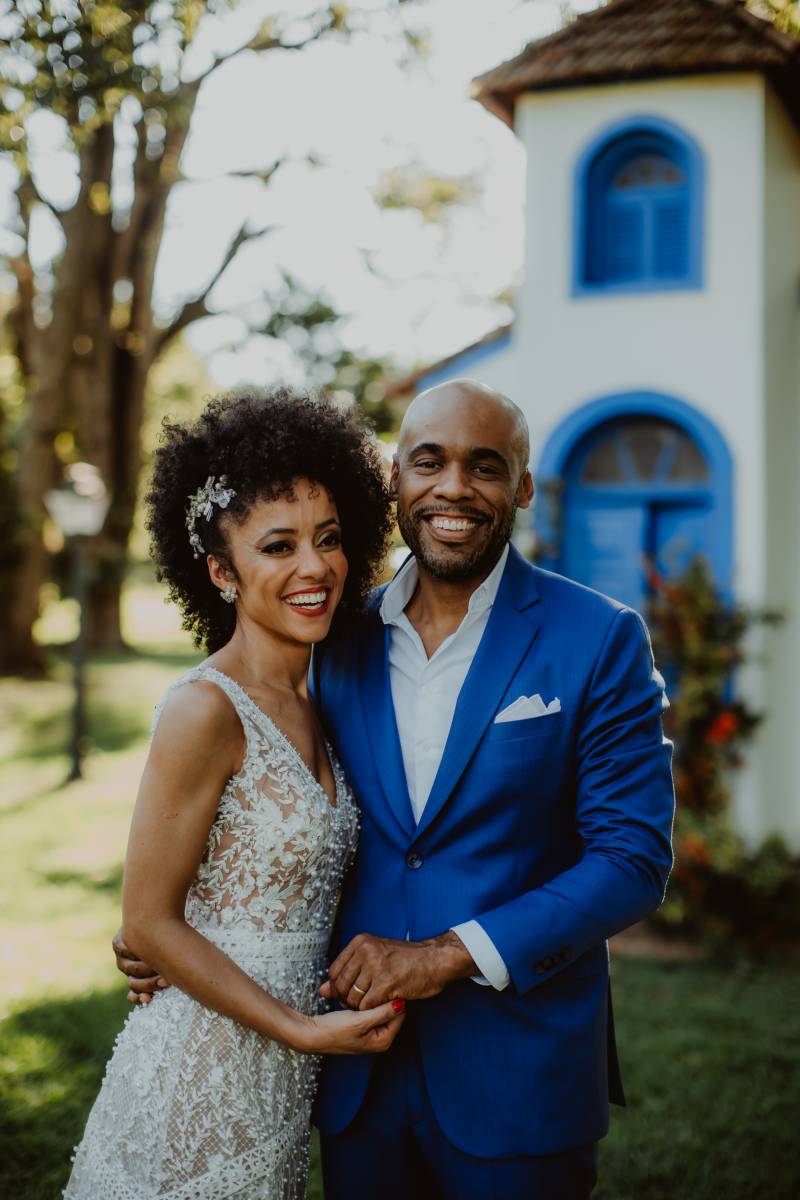 To celebrate ten years of marriage, our idea was to go on a trip to some beautiful beach and look for a little chapel to do our renewal, the two of us and my son Lucas. But with the pandemic it was not viable. When we saw the possibility of having an intimate ceremony, close to our home and organized by Lilian Rocha, from Adéquat Eventos just the way we wanted. We were very excited! Since we started thinking about the details I already felt it would be a moment as special as our wedding celebration. Saying YES once again, was like verbalizing that I am ready to live another ten years and another ten and more with her. It was a renewal of us as a couple, and of us as a family. 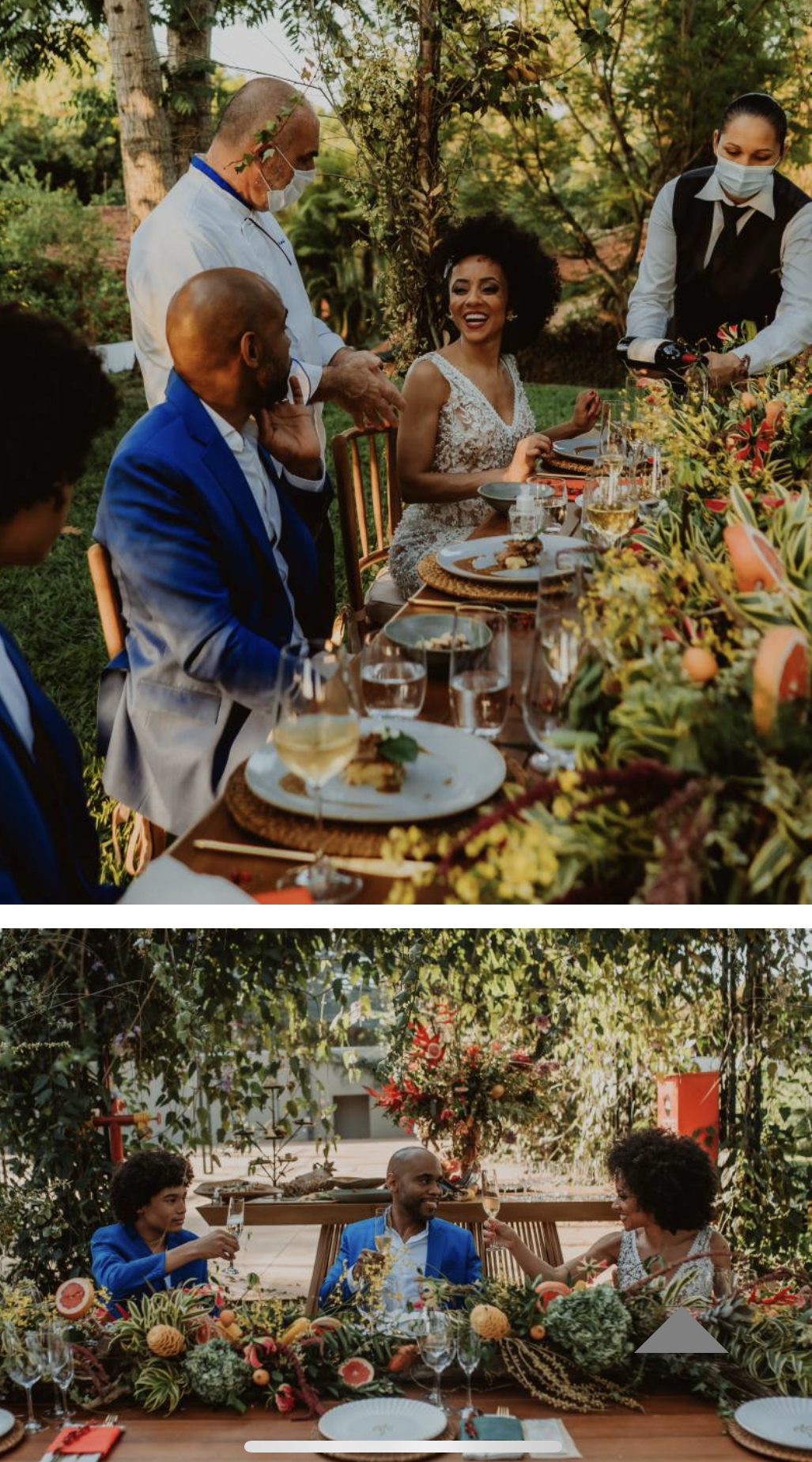 We have a special connection with nature. Our wedding was outdoors, and we couldn’t imagine our vow renewal being someplace indoors. At first, we thought of a small chapel at the beach but with COVID-19, we could not travel. So our event planner, Lilian, suggested Fazenda Querência and we just loved it. It is relatively close to São Paulo and they have this cute blue chapel. It’s just perfect. 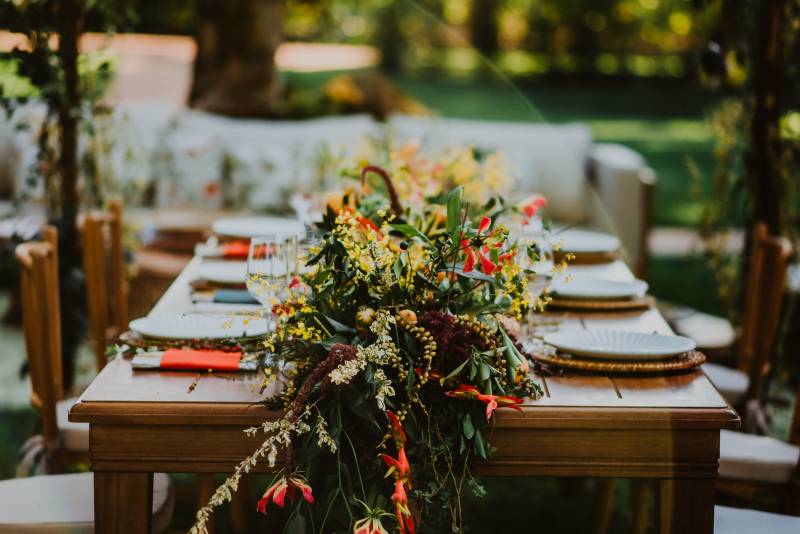 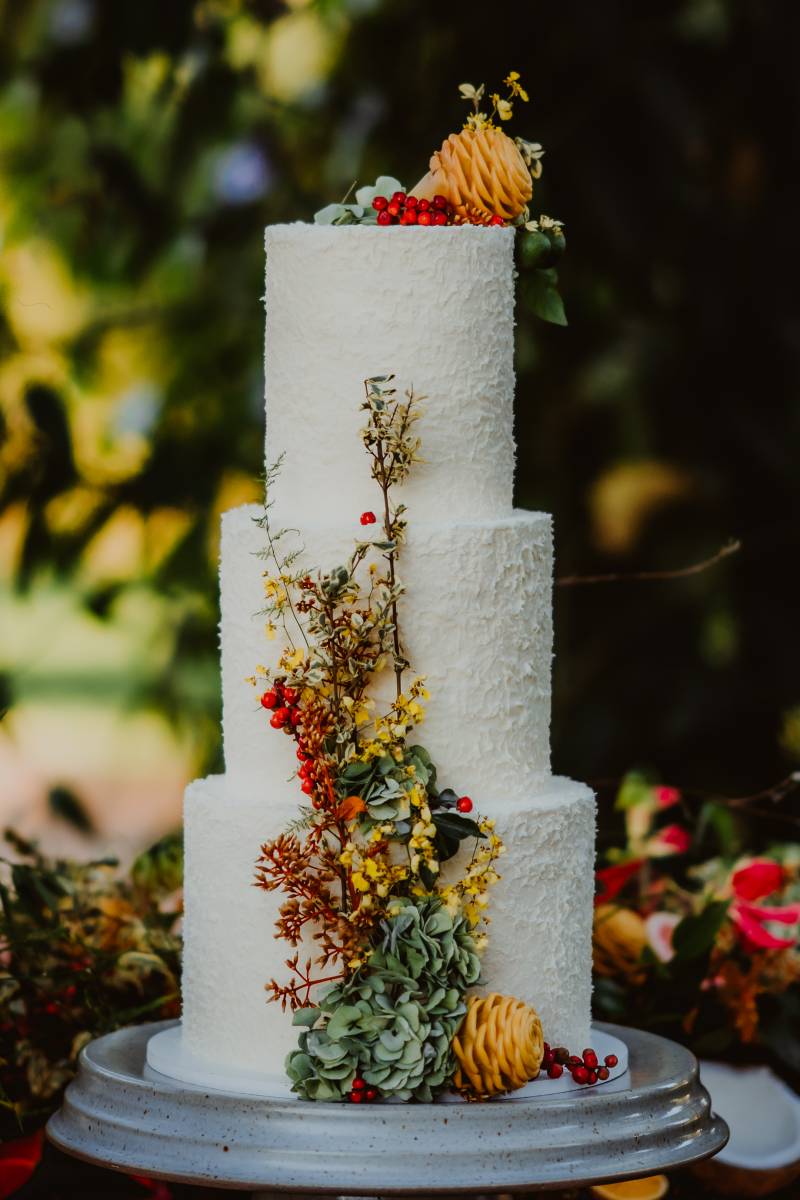 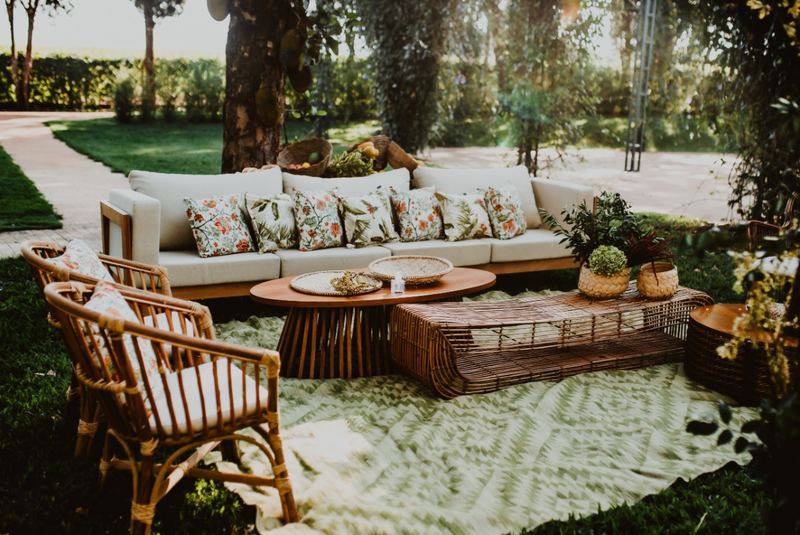