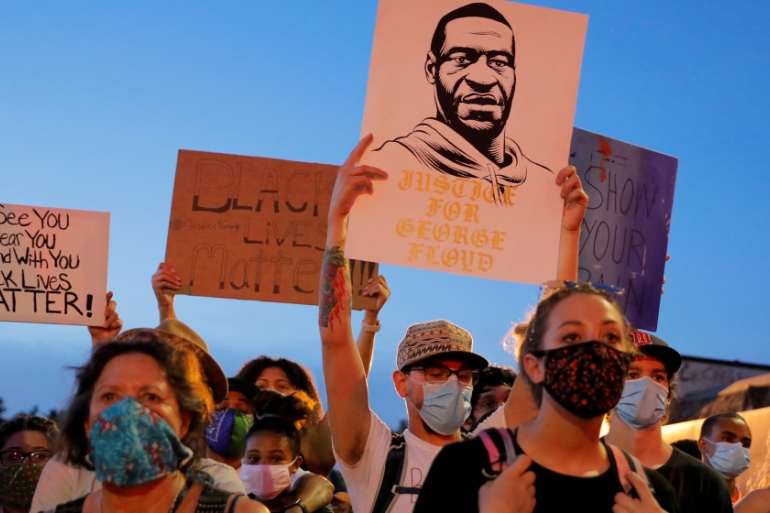 An unidentified Virginia high school chemistry teacher, asked students during a school work, to describe how George Floyd was killed.

According to The Washington Post, an unidentified chemistry teacher included a question in an assignment that read, “George Floyd couldn’t breathe because a police officer put his ____ George’s neck.”

The correct answer was “neon,” which is a chemical element. It’s not clear why the teacher used Floyd in the question.

Faculty became aware of the question after students complained.

The teacher posed the question Tuesday as part of “a chemistry assignment related to the periodic table of elements,” according to Arlington Public Schools spokesman Frank Bellavia. The teacher has since been “relieved of teaching duties pending an investigation,” Bellavia said.

Superintendent Francisco Durán also sent the following message to staff and parents, “As part of a class exercise, an H-B Woodlawn [Secondary Program] teacher shared an example with students that showed significant racial insensitivity. The content referenced the killing of George Floyd in an unacceptable and senseless way, which hurt and alarmed our students, staff, families and the community.”

“The reference showed extremely poor judgement and a blatant disregard for African American lives,” He added.

The principal of H-B Woodlawn is planning a meeting, with all staff and students at the school to respond to the incident; Durán wrote in his message. H-B Woodlawn is 4.4 percent Black and nearly 58 percent White, according to school data posted online. 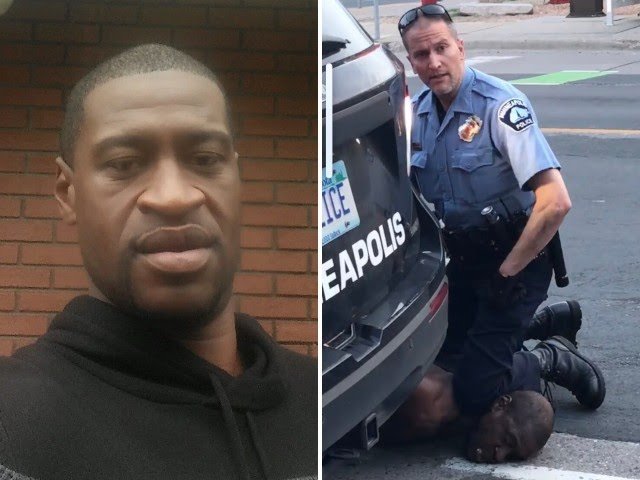 George Floyd died on may 25, after Derek Chauvin held him down and knelt on his neck for nine minutes. Two other police officers helped while one stood by and watched. Floyd’s death led to protests, both in the United States and other countries; casting more light on the injustices Black men and women have faced on the hands of law enforcement officers.

One of the student asked to answer the question, during the chemistry class, was Sofia Miller. Miller,  a half-Black and half-White, said she is one of the only students of color in the class and could not believe what she was seeing.

She messaged a friend to ask whether any of her classmates had complained. The friend said no. Sofia thought about Floyd’s death and the Black Lives Matter movement, and the time police pulled a gun on her grandmother while she was driving.

Sofia was not able to speak in class because it makes her anxious, she decided she had to say something.

At Sofia’s confrontation, the teacher argued that using Floyd’s death as a reference, will be understood by many.

Sofia and her friend Riana Aquino-Richards sent emails to the principal and vice principal.

“I found this the most offensive as POC, in a school where the POC population is an iota,” Sofia wrote in her message. “The oppression my family has had to endure should not be a punchline.”

The school authorities set into action and investigation, promising that they’d ensure such issues will not be heard of again.

Students who spoke to the Post said that there’s been a backlash to the teacher’s suspension from some of their white classmates, who argue that the pun wasn’t offensive and have started campaigning to save the teacher’s job.

Riana said she’d rather focus on the sixth and seventh grade black girls, who are upset on the Floyd pun, than focus on the white boys, who do not see anything wrong with the question.

“I want to fix this so the middle-schoolers who are more diverse who are coming up don’t have to experience this in chemistry class,” she said. “Nobody should have to worry about racist attacks at school.”