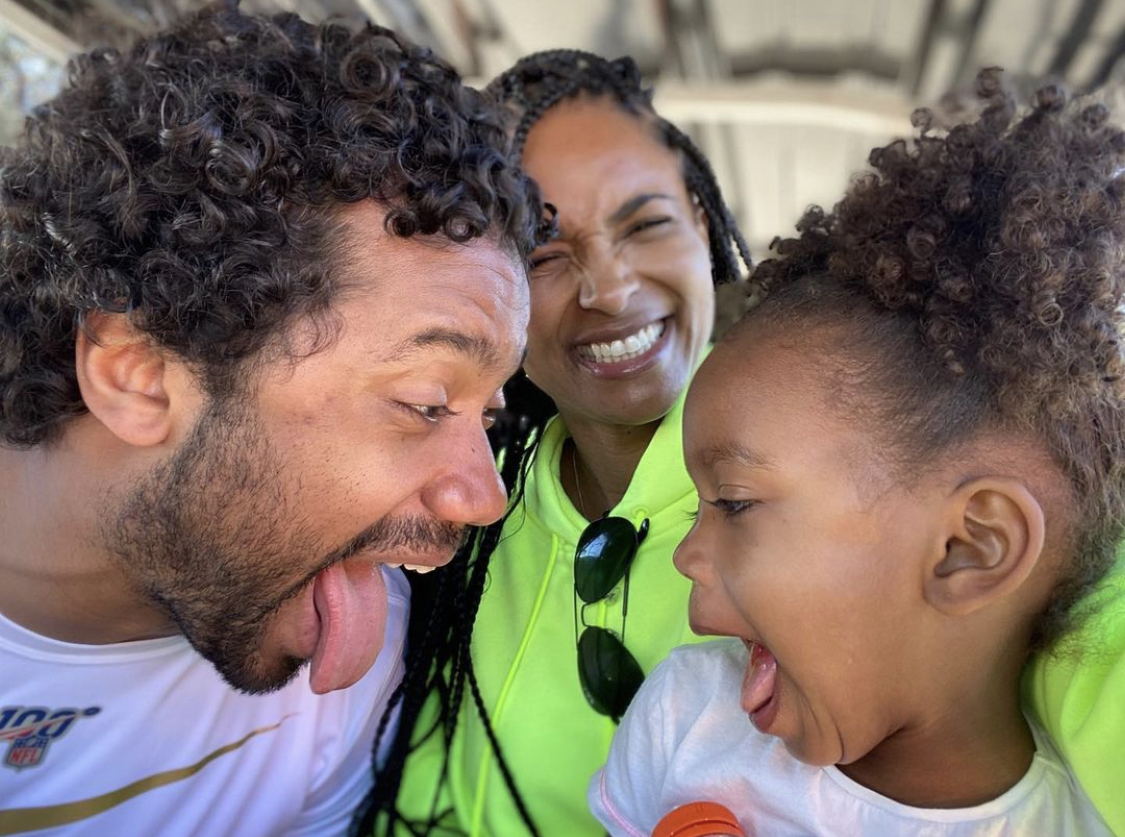 Ciara is leveling up in all departments of her life; from her past relationships to her current with Russell Wilson. The “level up” singer has revealed that she is leveling up to a baby number three! Yes! Ciara is pregnant!

Ciara posted a photo of herself in Turks and Caicos sporting a large baby bump; In a sultry bikini. Crediting the photo to her husband and Announcing that she and her NFL quarterback husband are expecting another addition to the Wilsons.

Her husband also posted a beautiful photo, with Ciara in the background, with caption; baby number 3.

Ciara and Wilson, who plays for the Seattle Seahawks, are raising 5-year-old Future (her son with the rapper Future) and 2-year-old daughter Sienna.

According to people; They’re so excited to expand their family,” a source close to the couple tells PEOPLE. The couple are currently vacationing in Turks and Caicos with their children — a trip he’s showed off on his Instagram Story.

Ciara, 34, and Wilson, 31, celebrated their third anniversary over the summer. They tied the knot in England in July 2016.

The couple welcomed daughter Sienna Princess in April 2017, while Ciara is also mom to son Future Zahir, 5, from a previous relationship with rapper Future.