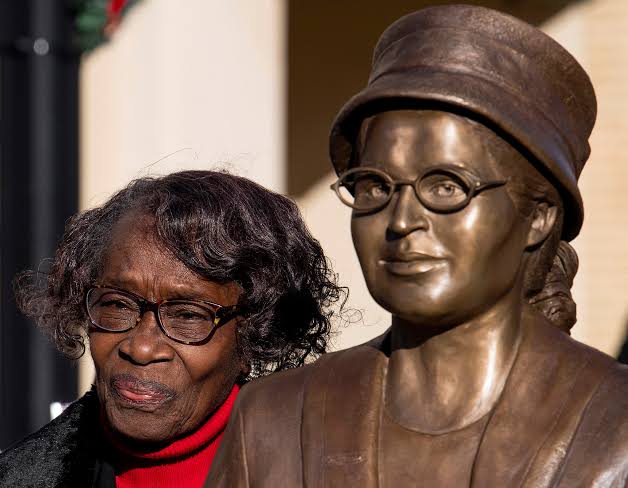 On December 1st, 1955 Rosa Parks was arrested after she refused to give up her seat on the city bus to a white passenger. Instead of moving to the back of the bus like she was told, she stood her ground and refused to move.

This singular action of Rosa Parks, led to the Montgomery Bus Boycott, which was organized by Dr. Martin Luther King Jr., and it would go on from December 5th, 1955, until December 20th, 1956.

Marking the Anniversary of that historic day, Rosa parks was honored with her very own Statue in Montgomery on the 1st of December 2019, commemorating the 64th Anniversary of the day that heralded a paradigm shift in the civil rights of blacks.

The recently elected mayor, Steven Reed— Montgomery’s first African American mayor said, “Today, on the second official Rosa Parks Day, we honor a seamstress and a servant, one whose courage ran counter to her physical stature. She was a consummate contributor to equality and did so with a quiet humility that is an example for all of us.”

The United States Congress has called Parks “the first lady of civil rights” and “the mother of the freedom movement”.

Parks died of natural causes on October 24, 2005, at the age of 92, in her apartment on the east side of Detroit.Her funeral service was seven hours long and was held on November 2, 2005, at the Greater Grace Temple Church in Detroit. After the service, an honor guard from the Michigan National Guard laid the U.S. flag over the casket and carried it to a horse-drawn hearse, which was intended to carry it, in daylight, to the cemetery.  She and her husband never had children.