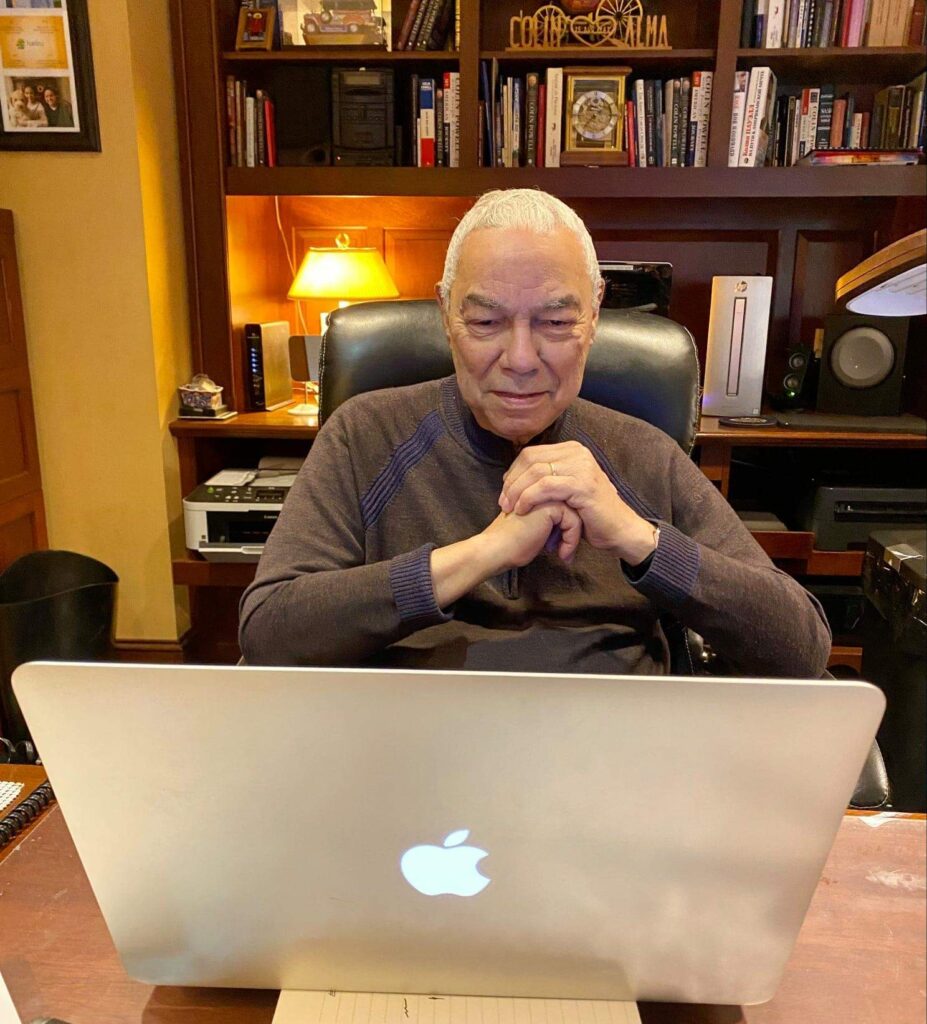 Colin Powell is reported to have lost the battle today morning following complications from COVID-19. His family confirmed the news of his demise noting that he was fully vaccinated against the virus.  “We have lost a remarkable and loving husband, father, grandfather and a great American”, they wrote in a Facebook post.

Powell was born on April 5th 1937 in Harlem, New York to Jamaican immigrants. He rose to become the first African American secretary of state in 2001 under the leadership of republican president, George Bush. He was a distinguished and professional soldier whose career took him from a humbling post in Vietnam to becoming the first Black national security adviser during the reign of Ronald Reagan.

Afterwards Powell rose to be the youngest first African American chairman of the Joint Chiefs of Staff in the George Bush government. His leadership in different dockets within the republican had a significant value on American foreign policy.

At one time during the mid-90’s Powell had risen to a point of becoming the first Black president of the United States. He however made a deadly mistake that damaged his reputation. While serving as secretary of state in the George Bush government Powell pushed for a faulty intelligence before the United Nations to advocate for the Iraq War. This destroyed the government’s belief in him , denying him the chance to contest in an election.

Later in life Powell ditched the republicans for the democrats and was in the forefront in campaigning for Former US president Barack Obama in 2008. Powell leaves behind a wife, Alma Vivian and three children.