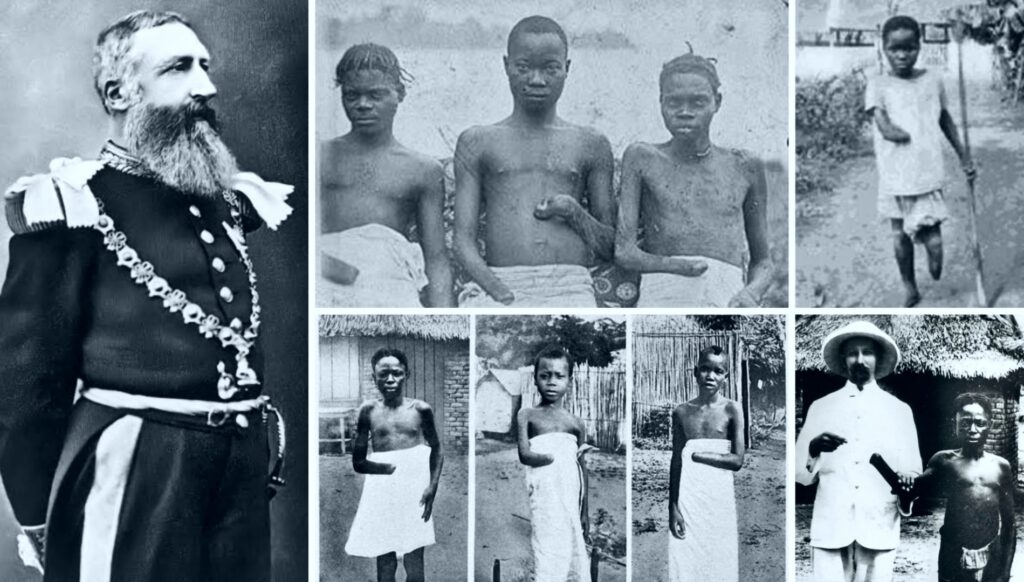 King Leopold II of Belgium arguably created the bloodiest and most horrific story lines ever to be written by any despotic ruler of the 19th and 20th centuries. 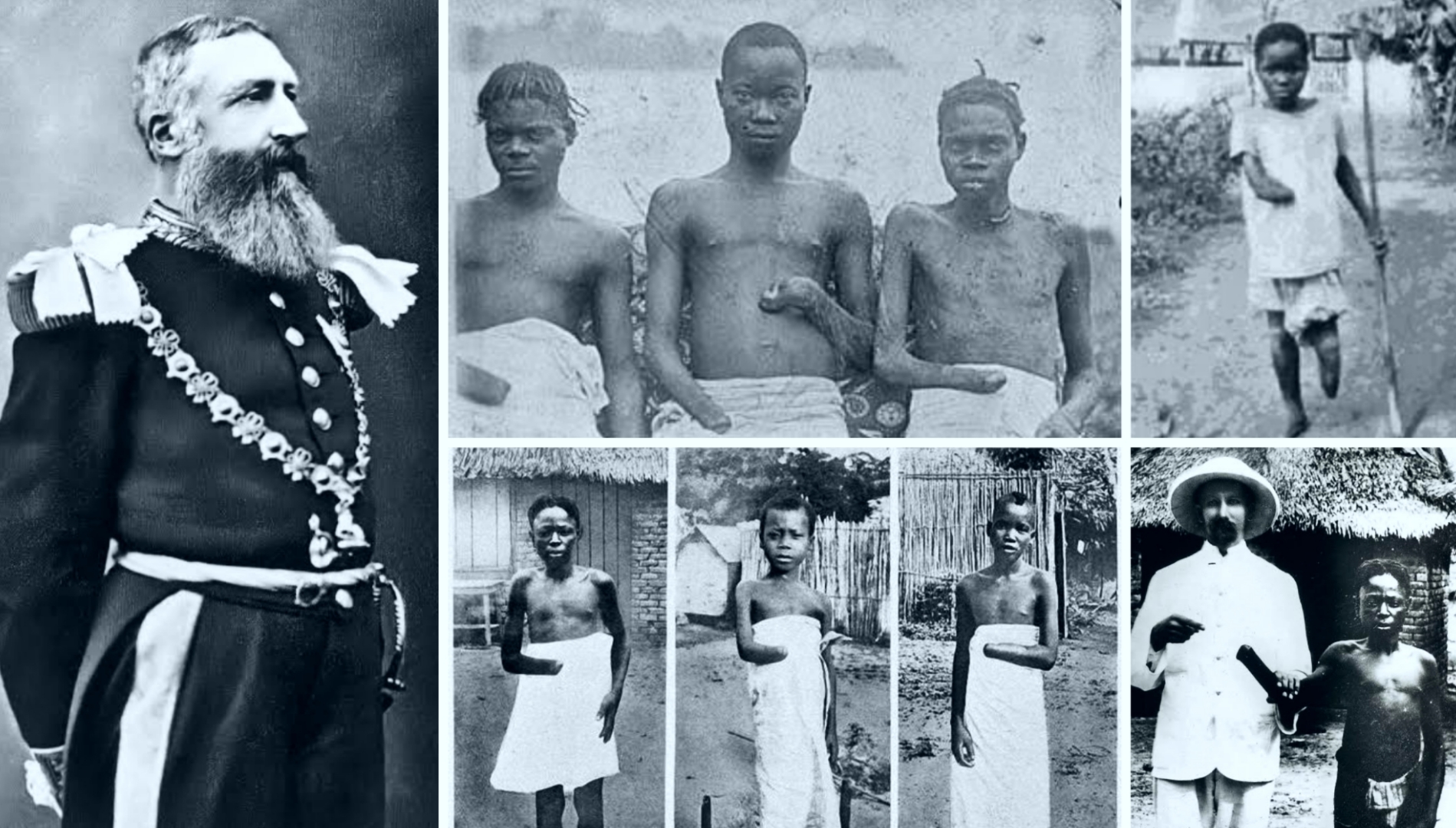 Why has this generated little or no concern?

This questions keeps begging for answers.. Is it because of the dark skin color of the people of Congo? Perhaps, we will never find out the full extent of the damage caused to this African nation as a whole. Or perhaps, if Congo was a Western nation, the world would have joined hands in condemning and stopping this wicked act from taking such a large toll on the Congolese.

Historically, the word ‘tyranny’ has been associated with a number of European dictators like Mussolini and Hitler. However, it’s arguable that non of these two came close to committing the atrocities that Leopold II carried out in the Congo free State. Yet, the world remained silent.

Nobody knows for sure, the exact number of casualties that was a result of Leopold’s gruesome actions. Some historians pegged the figure at five to ten million. While, the Brittanica Encyclopedia reported that as many as 30 million Congolese lost their lives.

The prosperous days of Congo

The first accounts of the hot and humid river basin region of the Bantu speaking Central Africa was narrated by Portuguese explorers in the 15th Century. There,they discovered the thriving Kingdom of Kongo. They found a highly developed empire that was the epicenter of a vast array of trade networks.

For about a century, the Bantu speaking people lived alone in Africa – a thriving beautiful place often described as heaven on earth.

The people were doing well until the devil himself arrived.

While Dr. Livingstone unearthed the rough and rugged interior of Central Africa, King Leopold was busy plotting how to acquire the most valuable territories of Central Africa all for himself.

During the scramble for Africa, Leopold craftily convinced the Belgian government to declare the Congo area as a free state and give it to him. He was very much interested in this region because of the rich presence of precious raw materials like ivory and rubber.This would enable him fend off competition from the likes of Britain and Germany. He persuaded the world that he was offering humanitarians services to the Congolese. Congo became his personal project. 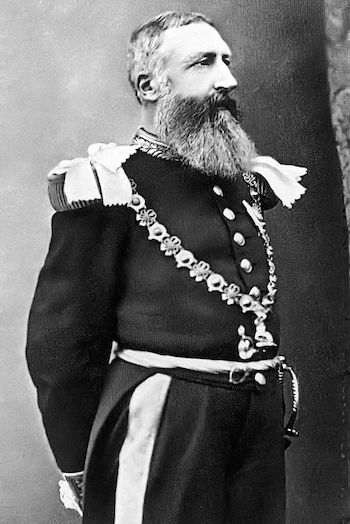 Leopold II became owner of nearly a million Square miles of rain forest which was 75 times bigger than Belgium. Years later, Dunlop invented the pneumatic bicycle Tyre and this led to a boom in demand for rubber worldwide. This marked the beginning of a  long period of suffering and agony for the people of Congo.

Leopold II persuaded the natives to work for him and in return he offered a paltry sum of money in compensation. The people were given quotas of raw materials to be delivered everyday. The Congolese became slaves in their own land. Over 10 million Congolese suffered at the cruel hands of Leopold. He was responsible for the massacre and mutilation of these people. 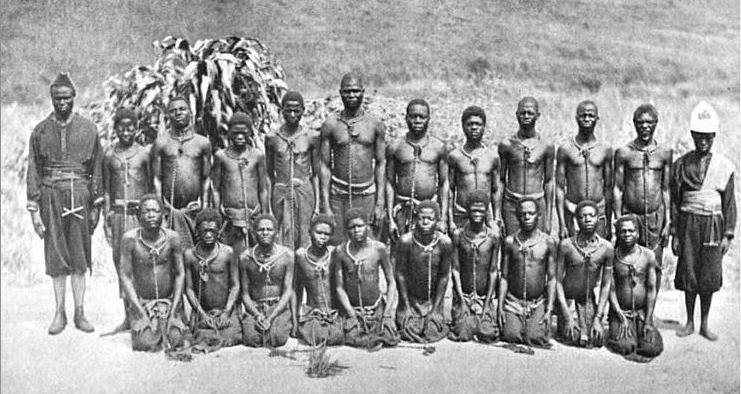 Many natives were starved and flogged to death when they failed to meet up with these quotas set up by Belgian soldiers–they were known as the Force Publique, a ruthless Combination of African Soldiers and a few Europeans at the helm of affairs. 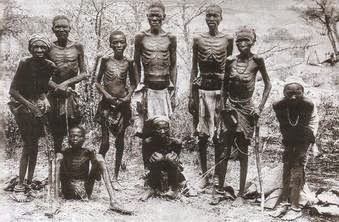 Leopold’s soldiers would cut off the hands and genitals of these people. A BBC reporter once uncovered some of these horrible events that plagued  Congo over a 100 years ago in an exclusive documentary. He revealed some graphic images of children and adults whose hands had been cruelly cut off. 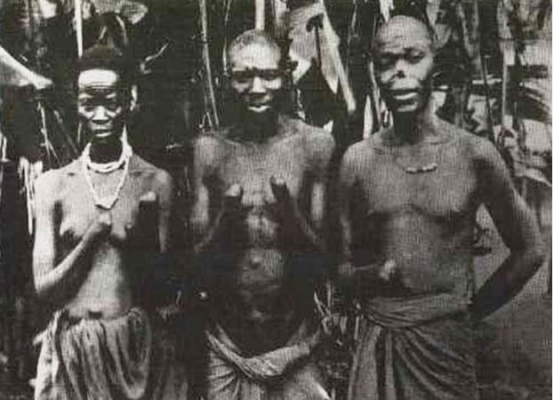 Why they did this? They often needed to prove to their superiors that they were not wasting bullets on animals. Yet, they never followed this rule; rather, they kept shooting monkeys and hacking off innocent hands.

The Congolese Rulers till date, continue to follow the example set by King Leopold II of Belgium. Sadly, they rule with iron fists, with no regard to the dignity and fundamental human rights of the people. Similarly, Congolese soldiers have retained the role given to them years ago by Leopold II, engaging in rape and violent crimes against innocents people.

A glimmer of hope

There’s no iota of doubt that King Leopold II of Belgium committed one of the largest (if not the largest) mass killings of humans ever. However, he did leave one legacy that has stood the test of time till date – “the launch of modern Humanitarianism”

The people of Congo are yet to recover from the effects of this dastardly actions of a greedy European monarch.

Today, Congo is still healing..The Institute of National Museums of Congo opened a collection — rich in chief’s clothing, masks, spears, and other relics of the country’s culture — to the public.

“These are the things that can bring a people back to life — this is what gives people pride in their country, to be Congolese,”

Professor Joseph Ibongo, Director General of the Institute of National Museums of Congo.