Cornrows and Rebellion: How this Ancient African Hairstyle Helped Benkos Bioho and other enslaved people, escape from slavery 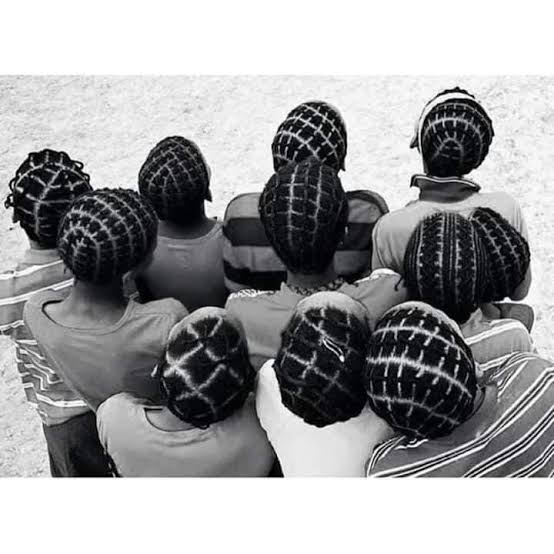 Cornrows are a traditional African style of braids in which the hair is braided very close to the scalp; using an underhand, upward motion to make a continuous, raised row. Depending on the region of the world; cornrows are worn by all genders and are on a few occasions adorned with beads, hair cuffs, or cowry shells. Cornrows, which have African origins, are now common all over the world. But this hairstyle is steeped in the history of rebellion and redemption. 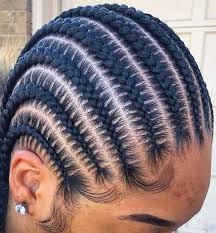 Cornrows are mostly favored for their easy maintenance. Because they can be left in for weeks at a time if maintained through careful washing of the hair; and natural oiling of the scalp.

Braids are considered a protective styling on African curly hair as they allow for easy and restorative growth.

Prove of women with cornrows have been found in Stone Age paintings in the Tassili Plateau of the Sahara, and have been dated as far back as 3000 B.C.

Also, the cornrow style is seen in depictions of ancient Cushitic people of East Africa wearing this style of braids as far back as 4000 B.C.

The tradition of female hairstyling in cornrows has remained popular throughout Africa; particularly in the Horn of Africa and West Africa and the rest of Africa as a whole. 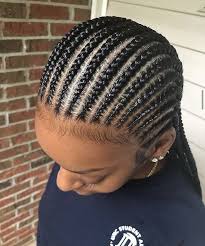 Cornrow hairstyles in Africa also cover a wide social terrain: religion, kinship, and other attributes of identity can all be expressed in hairstyles.

Many female mixed martial artists who have more than jaw-length hair choose to wear cornrows for their fights as it prevents their hair from obscuring their vision as they move.

One of these is how the slaves in Colombia devised ways to escape slavery through cornrows – a hairstyle resembling African pride and heritage.

Although some cornrows are fashioned in neat linear rows, they can also be created in intricate geometric and curving designs.

The History of Cornrows

They have a long history and as we have previously mentioned; it is thought cornrows initially came from the Stone Age paintings in the Tassili Plateau located in the Sahara region.

The name also refers to either the cornfields or sugar cane fields in the Caribbean.

Cornrows are most commonly held that this idea originated from Benkos Biohó during his time as a slave in Colombia.

Modern depictions of males wearing cornrows occur in 19th century Ethiopia through warriors and kings such as Tewodros II and Yohannes IV.

This hairstyle of African origin is rich with cultural heritage and historical pride.

When millions of Africans were forcefully taken from their continent to be free labor in South America; they were subjected to brutal practices – practices created so that the enslaved African communities would feel distant from their motherland.

Many slaves were forced by their slave masters to shave their hair so that they would be more “sanitary”.

The real intention was to divorce Africans from their cultural identity and heritage. These were acts done to alienate Africans from anything that resembled their identity.

Not all slaves would shave their heads. And this is how cornrows became popular among enslaved Africans. Many would just braid their hairs tightly in cornrows. In that way, the enslaved Africans “maintained a neat and tidy appearance.”

Cornrows proved to be efficient and life-saving; as they provided the African slave population with elaborate maps so that they could escape from the plantations.

Cornrows were used to transfer and create maps to leave the home of the captors. Such a method for escaping was easy to hide from the slave masters.

The act of using hair as a tool for rebellion was also spread to other parts of South America that had African slave populations.

Benkos Bioho and his use of cornrows

Benkos Bioho, a king captured by the Portuguese from Africa; managed to escape and went on to build a new village and community. 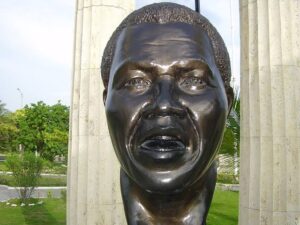 He built San Basilio de Palenque, a village in Northern Colombia around the 17th century.

With the help of other slaves; they created their own language, formed their army, and created an intelligence network; to find and get them to liberated areas.

In doing all this, Benkos came up with the idea that women had to create maps and deliver messages through their cornrows.

Slaves were not allowed to be literate, so they had to pass information through cornrows.

Braiding as a means of Communication

For instance, women would braid a hairstyle called “departes” as a signal for escaping.

“It had thick, tight braids, braided closely to the scalp, and was tied into buns on the top,” she said.

“And another style had curved braids, tightly braided on their heads. The curved braids would represent the roads they would [use to] escape.”

“In the braids, they also kept gold and hid seeds which, in the long run, helped them survive after they escaped.”

She said that the message in the women’s cornrows “was the best way to not give back any suspicion to the owner.

He would never figure out such a hairstyle would mean they would escape.”

The city of San Basilio de Palenque still exists. Being the first free African town in the Americas, it was declared a Masterpiece of the Oral and Intangible Heritage of Humanity by UNESCO in 2005. It has a population of about 3500 people.

The legacies of colonialism resulted in African hair being despised. Modern black women are barraged with notions that depict their natural hair as inferior.

Most importantly Africans should please stand tall and be proud of their hair, for it is enriched with the history of self-assertion.