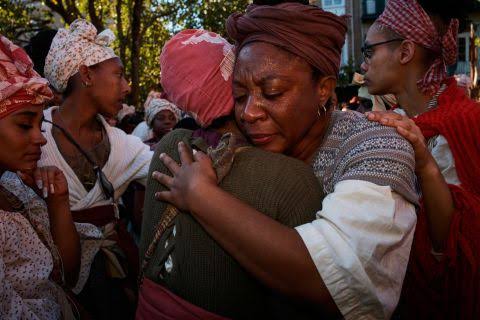 Hundreds of Re-enactors marched 26 miles, through winding levee walkways, suburban sprawl and the historic streets of New Orleans; for over two days (November 8-9 2019), dressed as participants from a little-known slave rebellion that occurred here in 1811. The re-enactment was a piece of performance art by the New York artist Dread Scott.

Scott’s re-enactment began on a cold, grey Friday morning outside a baptist church on the fringes of the small town of LaPlace; about 30 miles from New Orleans. Scott, 54, disembarked from a white coach holding a machete. As a small group of re-enactors followed in single file, holding replica muskets, pitchforks and sickles, he turned to them. “Those who wish to die free, rise with me!” he said. 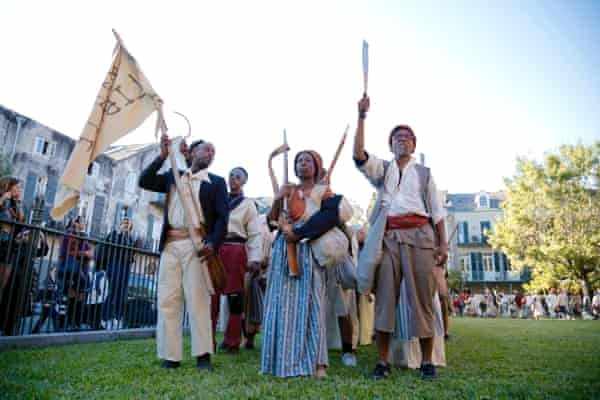 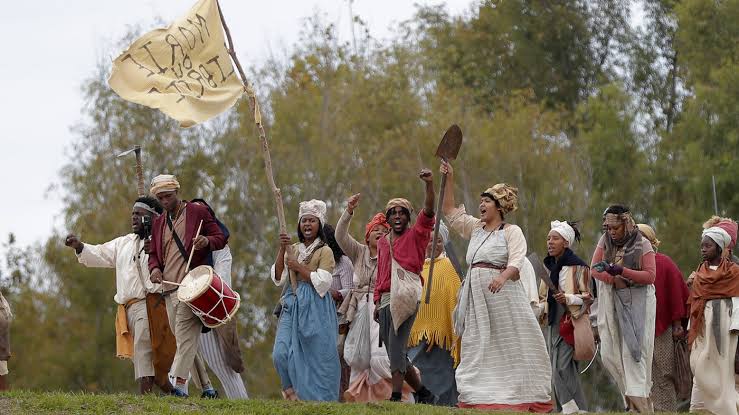 The rebels chanted a chorus;

On to New Orleans!

The 1811 revolt had been written out of formal history for much of the 20th century until, in 1996; a historian named Albert Thrasher published a book that re-examined its significance. It was the largest uprising of enslaved people in American history, and involved up to 500 rebels from across the west African diaspora and from multiple plantations, who rose up against planters in a region marked for its particular brutality against the enslaved. They planned to march on New Orleans. 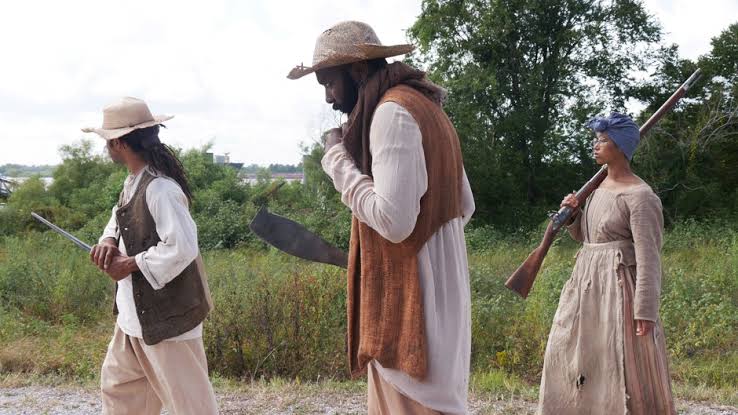 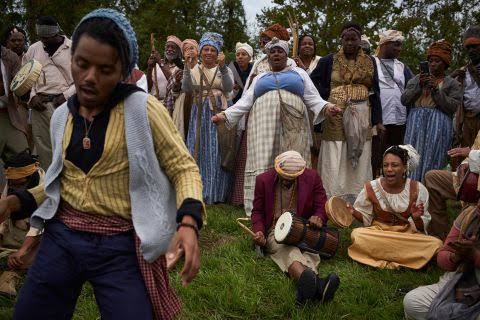 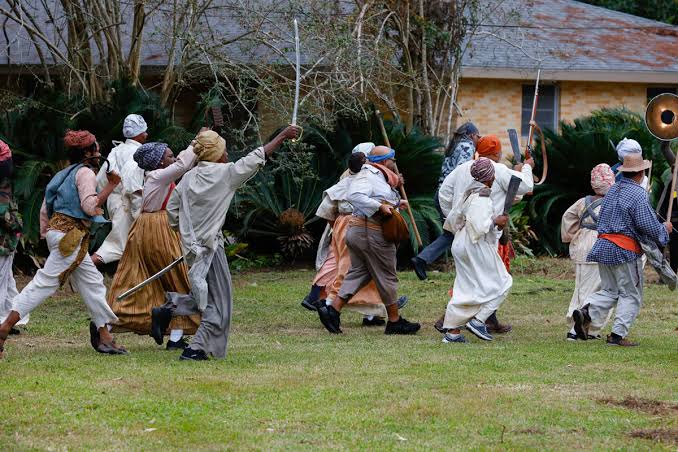 In an interview two weeks before the performance began, Scott said the idea of re-enacting a slave rebellion came to him six years ago. He was drawn to 1811 because of its explicitly political nature, the depth of its organization and the fact it has largely been overlooked by historians.

Re-enactment culture in the US has largely been confined to white spaces and traditional history. Scott hoped from the outset that the piece would represent a transformative experience for all of those taking part. Many participants, like pastor Donald August, came from southern Louisiana and traced their ancestry back to slavery in this region.

“My great-grandmother was a slave here,” he said, holding a replica pistol. “This is empowering, it’s enlightening. For years I’ve tried to understand this 1811 revolt, to understand the mindset of the people participating who fought for freedom.”

Scott’s re-enactment stayed true to history. But the artist decided not to re-enact the rebellion’s brutal end, which resulted in the torture of Deslondes, who was burned alive, and the murder of dozens of his rebels by white captors who stopped them from reaching New Orleans.