Cudjo Lewis: See The Descendant of The last survivor of final slave ship from Africa to US 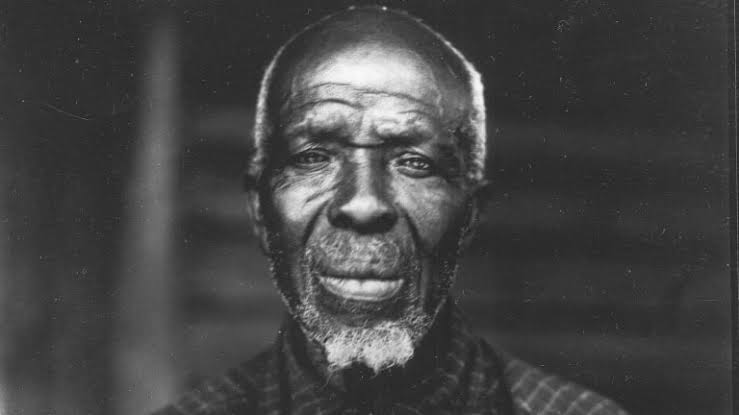 The great-great-grandson of cudjo Lewis, the last survivor of the final slave ship to take captives from Africa to America; has spoken of his pride at seeing his great-great-grandfather’s story finally being published 87 years after it was written.

Garry Lumbers told The Independent he wouldn’t just buy the book Barracoon for himself; but also for all his 22 grandchildren, and study it with them. He said he will do this to play his part in ensuring that never again would the world neglect the story of his great ancestor; born in Africa as Kossula, died in America in 1935 as Cudjo Lewis. 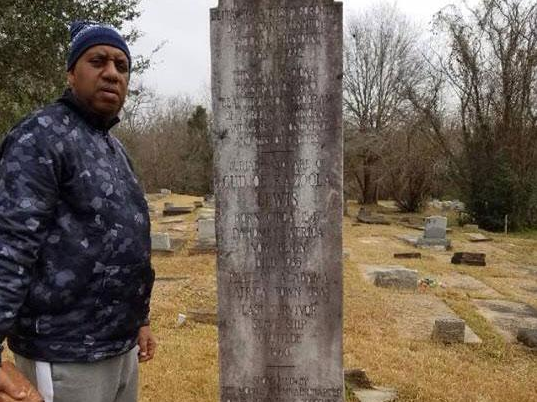 Garry Lumbers beside the grave of his great-great-grandfather, Cudjo Lewis

Cudjo Lewis was a “warrior in chains” shipped to America 51 years after America had supposedly banned the importation of slaves. He and 115 other captives were transported on the slave ship Clotilda; in 1859 after a white man made a bet that he could smuggle a consignment of captives decades after the ban on slaves importation.

According to some accounts, Captain Tim Meaher, of Mobile, Alabama, had made a bet of $100,000; with a northern businessman that he can smuggle a “cargo”, despite America having enforced a ban on slave importation; (as opposed to ownership) since 1808.

Mr Lumbers heard the tale from his grandma. Lumbers also learned how after his great-great-grandfather and other slaves were freed; Cudjo and his fellow former slaves worked together to build a new community named Africatown, now known as Plateau, in Mobile, Alabama.

Cudjo had told snippets of his story to various newspapers and researchers. But it was only the black writer Zora Neale Hurston who took out time to let him tell the full story of his life which she made into a book.

Hurston wrote the book when Cudjo was in his 90s. At the time, he was the last of the 116 people shipped to America on the Clotilda in 1859. But when Hurston submitted the story to publishers in 1931, no one wanted it. 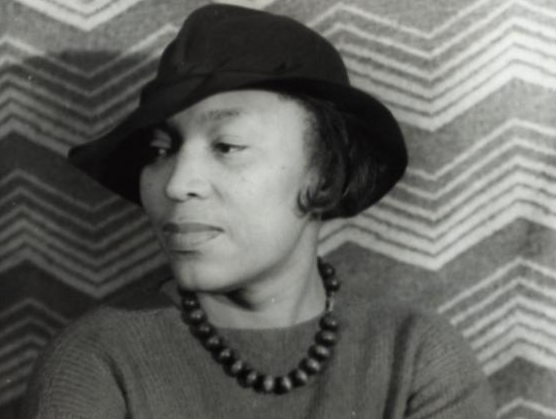 Years after Hurston’s death, she became widely recognized and celebrated in the US as one of America’s greatest writers. Her literary trust acquired new agents and the agents wanted to know if there were any of her works that hadn’t been published. This led them to her Barracoon manuscript which was languishing in an archive at her alma mater Howard University. Barracoon, which tells Cudjo’s story, got its name from the name for the African holding pens for captives awaiting sale and shipment into slavery.

The publisher HarperCollins is saying that when Barracoon finally hits bookshops on both sides of the Atlantic on Tuesday 8 May, it will be “a major literary event”. 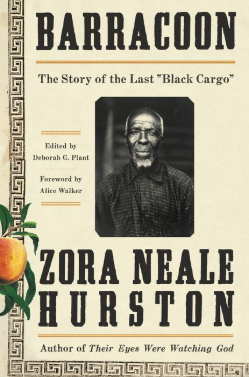 “I am delighted,” said Cudjo’s great-great-grandson, Mr Lumbers. “I am so proud, so grateful that his story is going to be published and that it won’t ever be forgotten.”

Mr Lumbers grew up in the house that Cudjo built, on the two acres of land that he bought with the $100 that he managed to scrape together from hard but paid labour after being freed as a result of the American Civil War.

In anticipation of the book release date, Mr Lumbers said; “Let’s finally publish the book and let the world know what happened.” 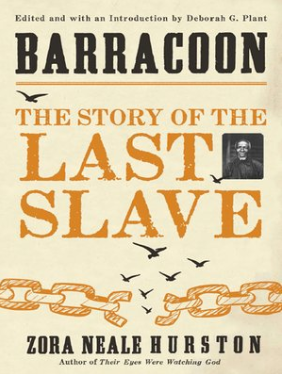 For him, Barracoon is a testament to his forefather, to all those who traveled in the hold of the Clotilda and who; once they got their freedom, used it to forge a new life for themselves.

He said: “It is time for America to know who these people were.”

When Hurston visited Cudjo to hear his story, she hailed him by his African name; Kossula, and it brought tears of joy to his eyes.

When she told him she wanted to hear his life story, she wrote; “His head was bowed for a time. Then he lifted his wet face; ‘Thankee Jesus! Somebody come ast about Cudjo! I want tellee somebody who I is, so maybe dey go in de Afficky soil some day and callee my name and somebody dere say, “Yeah, I know Kossula.’ ”

Hurston described Cudjo as, “The only man on Earth who has in his heart the memory of his African home; the horrors of a slave raid; the barracoon; the Lenten tones of slavery; and who has 67 years of freedom in a foreign land behind him.”

She wrote Cudjo’s story in his words and in his dialect. It was a story of epic proportions, told by an old man in a foreign land; infused with his longing for Africa. It begins in a modest but proud home in Benin, with a young man training to be a warrior. 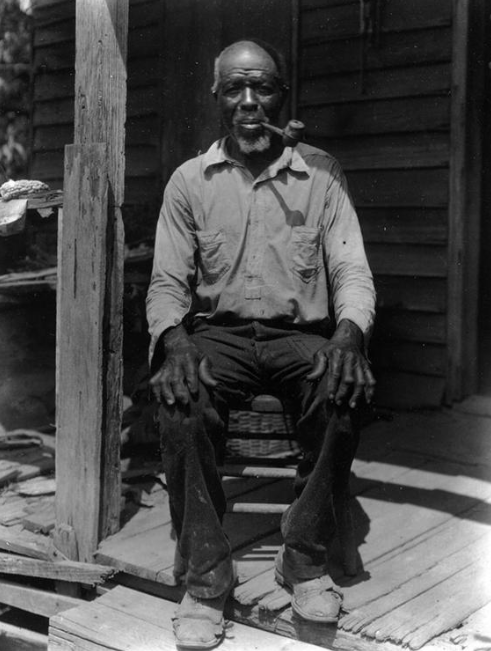 “I grow tall and big. I kin run in de bush all day and not be tired,” Hurston quoted Cudjo in the book.

The Abduction of Cudjo

Then Meaher commissions the fast schooner, Clotilda and Skipper Bill Foster set sail with instructions to buy slaves at a rate of $50-$60 each. And Kossula’s village is raided by warriors loyal to the Dahomey king, the head of a dynasty that has grown rich by fulfilling the white man’s insatiable demand for slaves. For Kossula, now in his late teens, there is no escape.

“I call my mama name. I beg de men to let me go findee my folks. De soldiers say dey got no ears for cryin’,” Cudjo recalled.

As he is led away, he sees in the hands of the Dahomey warriors the severed heads of his fellow villagers. He watches them smoke the heads so they don’t spoil in the heat.

“We got to set dere and see de heads of our people smokin’ on de stick.”

After three weeks in the barracoon, the buyer arrives; “De white man lookee and lookee. He lookee hard at de skin and de feet and de legs and in de mouth. Den he choose.”

The slaves are stripped of their clothing and forced into the Clotilda; “I so shame! We come in de ’Merica soil naked and de people say we naked savage.”

Then comes 70 days of thirst and sour water, on a terrifying sea that “growl lak de thousand beastes in de bush”.

But since none of the slaves dies or falls sick, Cudjo considers Captain Bill Foster “a good man”.

He counts himself lucky to be bought by Jim Meaher, who was less keen on seeing his slaves beaten than his brother Tim. But there were beatings all the same.

“De overseer, de whip stickee in his belt. He cutee you wid de whip if you ain’ run fast ’nough to please him. If you doan git a big load, he hitee you too.”

And then on 12 April 1865 they were freed: “De Yankee soldiers dey come down and eatee de mulberries off de trees. Dey say, ‘You free, you doan b’long to nobody no mo’.

“We so glad we makee de drum and beat it lak in de Affica soil.”

Cudjo even asks Tim Meaher to give the ex-slaves land, since he had taken them away from their land in Africa. But; “Cap’n jump on his feet and say, ‘Fool do you think I goin’ give you property on top of property? I doan owe dem nothin.”

The freed slaved began working in the saw and powder mills, and on the railroad, and by selling vegetables, and they were able to earn enough money between them to buy land from the Meahers. They bought the land from their former masters and built Africatown. 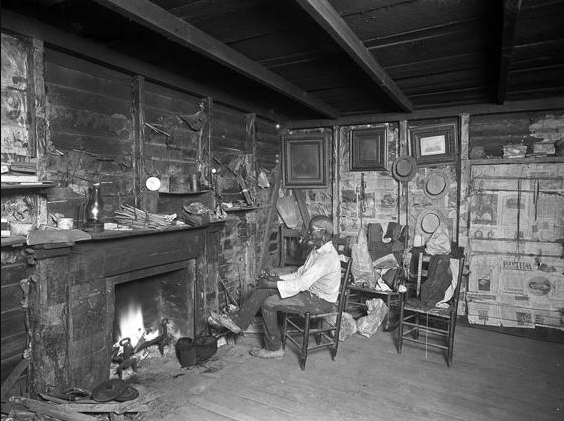 Cudjo in the house he built in America

Later, Cudjoe married a woman named Abila. They gave each of their six children an African name “because we not furgit our home”, and an American name that wouldn’t “be too crooked to call”.

Cudjo lost all his children through illness or accident, except Yah-Jimmy Aleck, who was Mr Lumbers’ great-grandfather. Cudjo’s youngest son, also called Cudjo, was shot dead by a police officer.

Mr Lumbers is 61 now, living in Pennsylvania and still working. He hopes the publication of Barracoon will make people understand what African slaves had to live through. And he knows that his great-great-grandfather would be proud to see his words published at last.

“He can rest easier now,” says Mr Lumbers. “I imagine Cudjo Lewis would be grinning on that old cane pipe of his and saying ‘So, they’re finally going to do the right thing …’

“It is a story that needs to be told.”