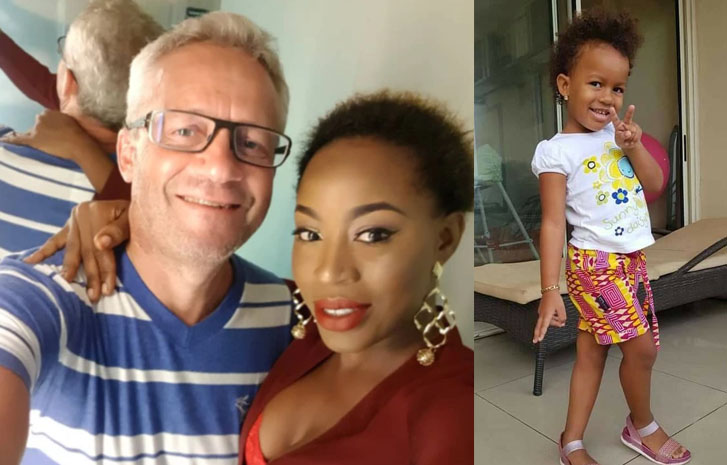 On Friday, May 20, A Lagos High Court, sentenced a Danish man, Peter Nielsen, to death by hanging for killing his Nigerian wife and daughter.

Justice Bolanle Okikiolu-Ighile convicted 54-year-old Peter Nielsen, on two counts of murder brought against him by the Lagos State Government. The Danish man was charged with the death of his wife and singer, Zainab, and their 3-year-old daughter, Petra.

The judge sentenced Nielsen to death by hanging on both counts of murder.

The Lagos State Government accused him of smothering Zainab and Petra to death at 3:45 a.m at No.4 Flat 17, Bella Vista Tower, Banana Island, Ikoyi, Lagos on April 5, 2018.

Peter Nielsen’s arraignment took place on June 13, 2018, on a two-count charge of murder under section 223 of the Criminal Law of Lagos State, 2015. He pleaded not guilty on both counts.

And four years later, on Friday, May 20, Justice  Bolanle Okikiolu-Ighile passed the death sentence; after an almost five-hour judgment.

According to PMNewsNigeria, Consultant pathologist, Prof. John Obafunwa, told the judge that his post-mortem examination of Zainab’s corpse showed that she died of head injuries and asphyxia (suffocation).

Zainab, alias Alizee, was born in Kogi and signed to an Asian record label, Petra Entertainment. She was on the course of promoting her January 2018 single, ‘Alhaji Musa,’ before her death in April.