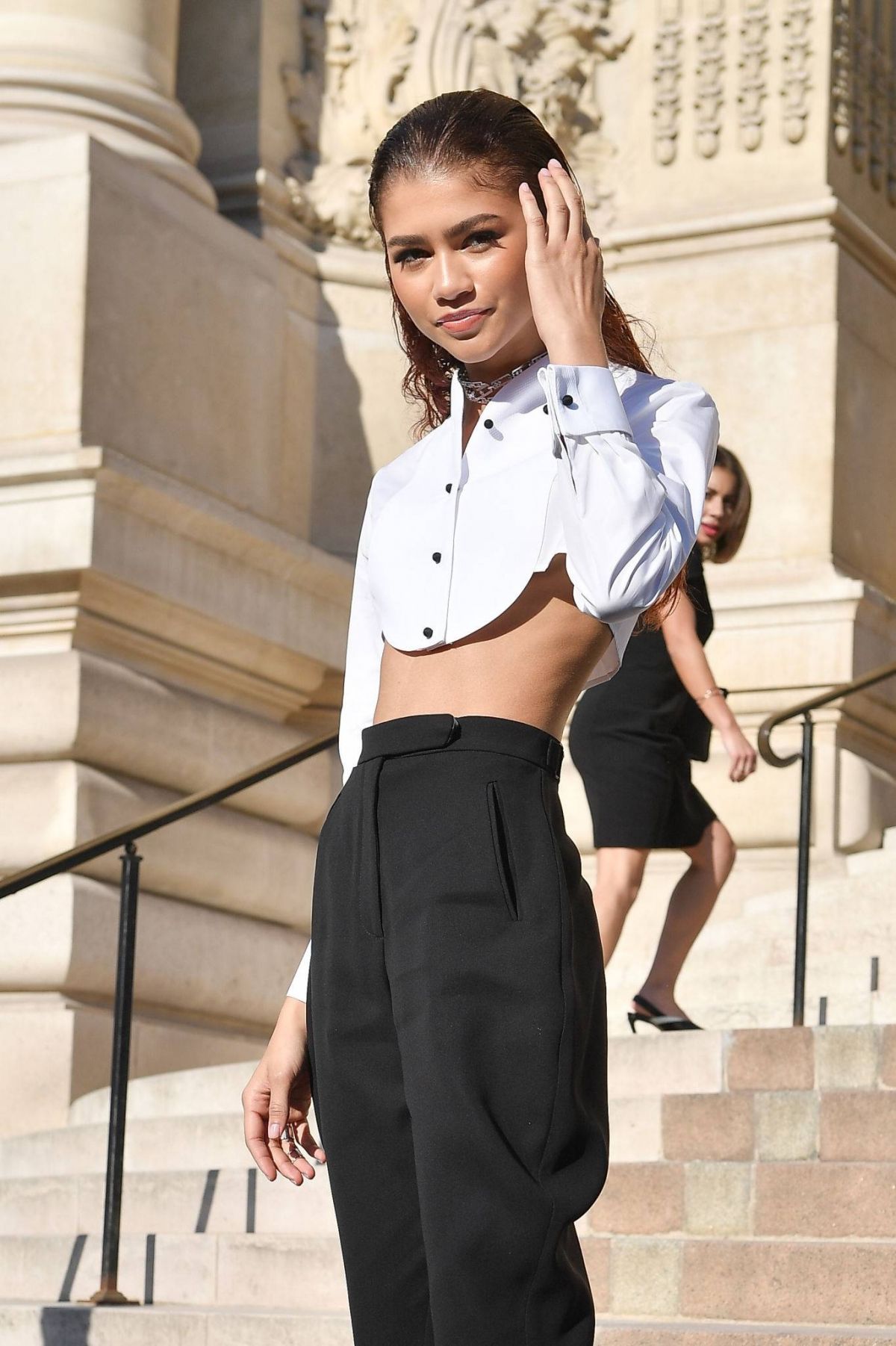 2019 has definitely been a huge year for Zendaya. From blazing film roles, fashion week, campaigns and jawdropping fashion moments, the 23 year old star is already on top of her game.

She is a global fashion influencer and our crowning MBBA Fashionista for the year 2019.

Zendaya is an actor, producer, model and dancer. She began her acting career at the age of 14 as the daughter of a stage manager. She also attended the Oakland School of Arts where she majored in dance, theatre and modeling.

The 23 year old star had her big break as Rocky Blue on Disney’s show, Shake It Up. The star also competed in Dancing With the Stars (Season 16). She has also starred in various dramas and hit series including The Greatest Showman (2017), Spiderman: Homecoming (2017), Spiderman: Far from Home (2019). The California-born star is also a singer with numerous singles and a studio album.

Coleman is the face of X-Out, Material Girl, CoverGirl and ChiHair Care. Our Fashionista also released a collection with Tommy Hilfiger at NYFW 2019. PS:She was recently crowned GQ’s Australia Woman of the Year. Bravo Z!

Just like her numerous and outstanding achievements in her career, her style statements has evolved overtime on a geometric scale. Z’s style is modern, bold, youthful, incredibly cool and widely diversified. In other words, she can basically rock anything and everything.

When it comes to some of Z’s fashion choices, she is quite the risk taker!!! If you’re one to be a lover of bold fashion statements, Zendaya is YOUR GIRL.

One of her daring fashion moments was when she donned on a dark yellow mini dress by Carolina Herrera. Yellow is such a bold and a risky colour to pull off. But our Fashionista rocked it in perfect fashion. She complemented her outfit with dangling pearl earrings and white stilletos. Only Z could pull this off.

Once again, Zendaya proved that she can wear anything including an ostrich dress. Z showed up at the Âme Jewelry launch in a feather dress by Marc Jacobs. The actress posted a picture of herself on IG with the caption, “The invitation said cocktail casual.” Well said
She completed her look with pinky pointy toe pumps by Christian Louboutin, mini Marc Jacobs handbag and Âme Jewelry. 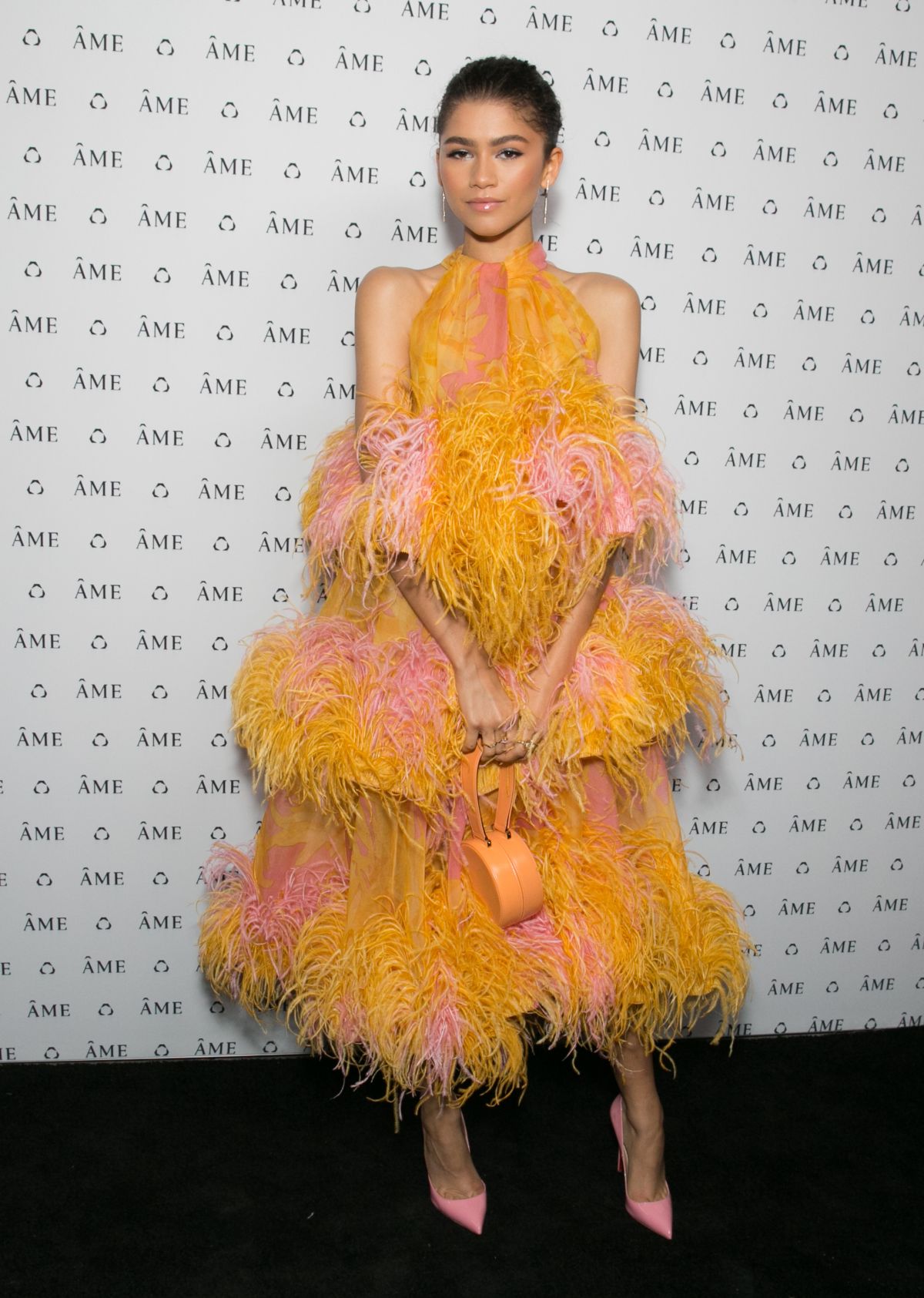 We cannot talk about Coleman’s dauntless style without making mention of her MetGala 2019 outfit.

Z was a showstopper as she glowed in her Cinderella inspired dress for the night. Apart from her amazing outfit, she made sure her red carpet presence was a memorable one. She performed real magic tricks and transformed her dress with a wave of hand. Now that is how you make a statement.

As far as street style goes, our fashionista is quite the jack of many trades. From casual to chic, professional, trendy, modern and the likes, she’s unpredictable. The beautiful thing is that her personality shines through no matter what she goes for.

One of my favorite street style moments was at the Giorgio Armani Privé Haute Couture Paris Fashion Week. Zendaya donned on a custom cropped tuxedo shirt and high waisted black pants!!! It was a “chicastic” look by a 100%. She paired her ensemble with black pumps by Christian Louboutin.

Z took the winter style to the next level in a Zadig & Voltaire top paired with Christian Siriano trousers and wrap scarf. This look was futuristic, minimal, fashion-forward and what we dream of wearing in the winter.

The Euphoria star brought all the casual vibes in a hooded crop top and a skirt. Paired with her Adidas sneaks, it was all about the cool, understated swag. 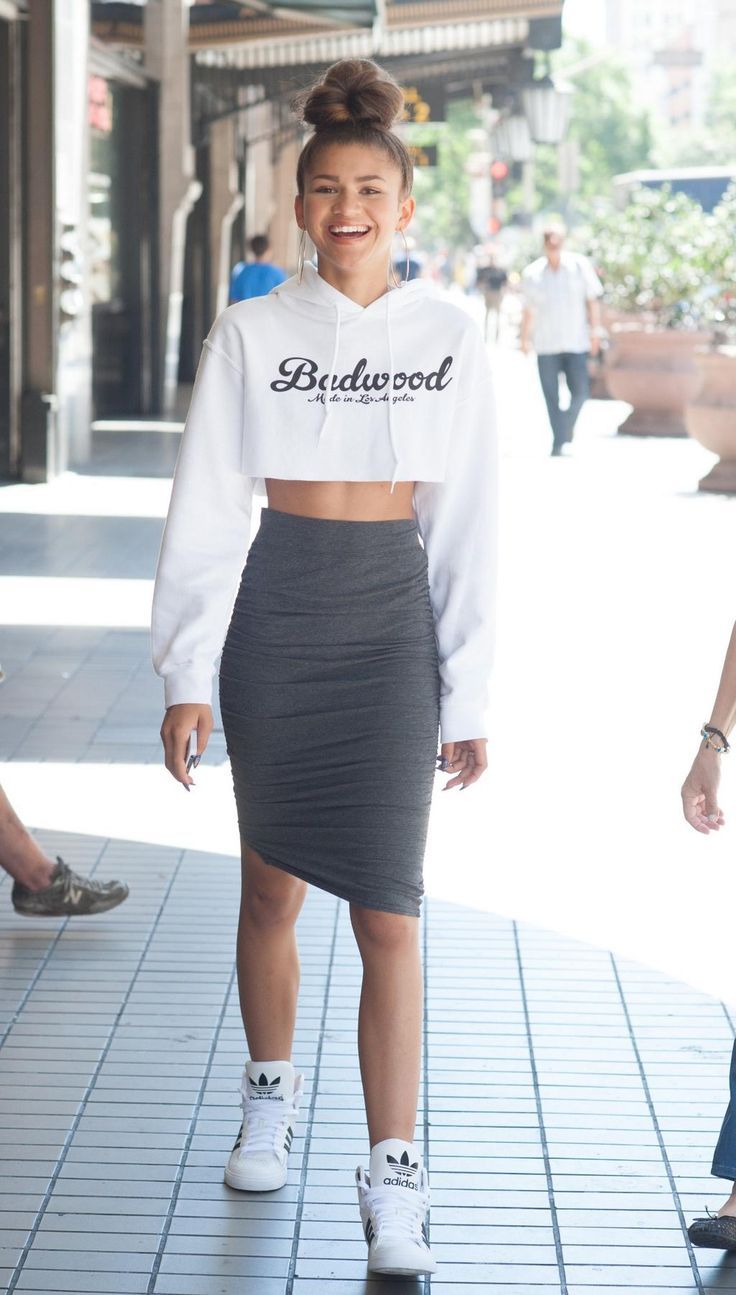 Whenever Zendaya decides to be spicy on the red carpet, she does it with class and sass. At the Emmy Awards 2019, Coleman was an absolute waowser in a custom emerald dress by Vera Wang!! She finished off her look with Cartier jewels and Brian Atwood Shoes. Stunning Stunning and Stunning.

Before we could even get over the Emmys, Z gave us the spicy chills again at the People’s Choice Awards in November. Showing off her abs in a midriff- baring dress and dazzling cutouts, she took the “black dress game” to the next level. She accessorized her dress with diamond earrings and Christian Louboutin pumps.

Zendaya is loved by many and her style is quite influential. Being a diverse fashionista, she is a source of inspiration to many young girls.
If you’re still in the process of finding your style and want to try out various options or you love to experiment with fashion, Z is your IT-GIRL.

Whether it’s a bun, braids, dreads or just loose waves, Z knows what works for her. The Hollywood star also doesn’t shy away from voicing out her stance when it comes to hair and beauty in general.

The actress locked it down at the 2015 Oscars with gorgeous dreads. Defying bias hair and beauty standards, she represented uniqueness and diversity.

Take a cue from Zendaya by discovering what works for you, have fun with it and be your authentic self.

Z is such a natural beauty. Whether she’s wearing makeup or not, she slays both ways.

Notes from Zendaya’s style: BE UNPREDICTABLE!

Catch up on all our Fashionistas so far and tell us your favorite.