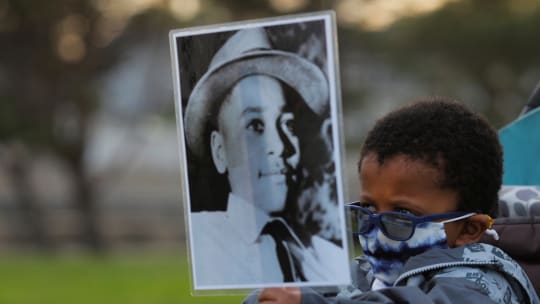 For the second time, the Department of Justice has officially closed its investigation into the killing of 14 year old Emmett Till; who died in one of the most notorious and most horrific murders of the civil rights era. Till was killed by two white men in 1955 for allegedly whistling at a white woman at a local market.

The Two white men confessed to torturing and killing the teenager; who was visiting his family in Mississippi from Chicago when he was abducted in 1955. The two men admitted to the killing in an interview with Look magazine but were acquitted by an all-white jury weeks after Till’s killing.

An investigation for new evidence was prompted after Professor Timothy Tyson claimed that a woman who accused 14-year-old Till of making sexual advances toward her recanted her accusation. The woman’s accusations had directly led to Till’s abduction and killing. However, according to CNN; the Department of Justice investigation did not yield results that proved the woman lied to federal investigators.

The Justice Department had previously reopened the case before closing it in 2007; after it determined that no one could be prosecuted given the limited evidence available and the statute of limitations for the case, CNN noted. Accounts of Till’s encounter with the 20-year-old Carolyn Bryant Donham differ.

Donham had initially testified that Emmett Till grabbed her hand and said he had been with “white women before.”

When presented that testimony, Tyson later claimed Donham told him; “that part’s not true,” according to CNN.

Justice denied for Emmett Till Again

But according to sources quoted by CNN, Donham denied telling Tyson she had been untruthful, and DOJ; “has now concluded it cannot prove the woman lied to federal investigators.”

Given Tyson’s claims, federal investigators spoke to Donham again; however, CNN reported that she denied that she had ever recanted her previous testimony.

After Till’s body was recovered in Mississippi and returned to his family in Chicago, the family had an open-casket funeral to show what had happened to Till in Mississippi.

The murder and the acquittal of the two men accused of killing Till was a defining moment in the brutal treatment of Black people in the South, and Till became an icon of the civil rights movement.

And now the case against the woman who accused him been closed again.