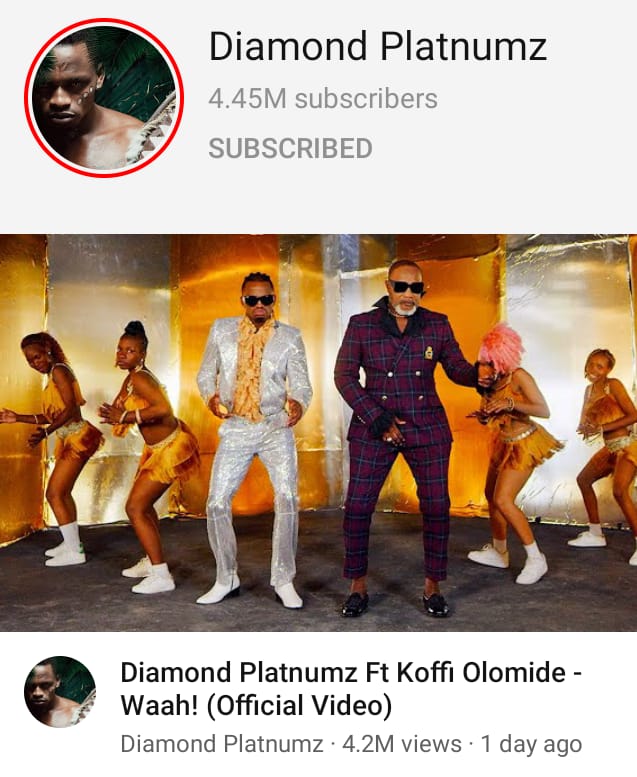 Tanzanian popular artist Diamond Platnumz breaks the YouTube record, with 1 million views in just 8hours. The video has recorded 4.2 million views, 24hours after it was released. This is really a great feat to achieve in the history of the contemporary African music.

Diamond has broken the record; and this is what only Nigerian music Star Davido has achieved with his newly released “Fem;” that attracted 1million views in 9hours. Diamond Platnumz has broken that cord by reaching that height in 8hours. 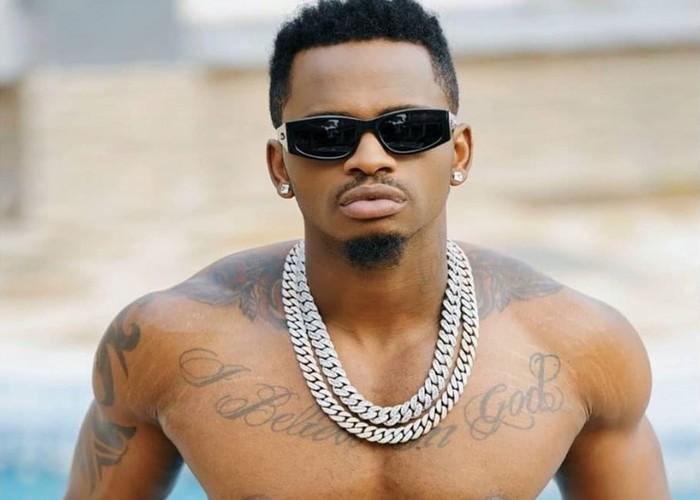 This latest achievement by Diamond comes on the heels of yet another record he set on that same platform (YouTube) when he became the first artiste in Sub-Saharan Africa to reach one billion views, shutting of big wigs in the African music industry; Burna Boy, Wizkid, Tiwa Savage, Yemi Alade, Sauti Sol, Patoranking, among others.

With the rate Waah is being viewed, it has a tendency of getting millions of Views more than Davidos’ Fem.

The excited Tanzanian artist, took to Instagram page and thanked thank his fans for their big support towards his music and being the backbone of his success on digital platforms.

It was clear that the artiste was closely monitoring the numbers because he kept updating his fans on  every milestone his latest release achieved; which sparked more views; as his social media kept buzzing with updates; more fans were curious and blew up his YouTube page with views.

Diamond Platnumz is one of the biggest artist in Tanzania,  East Africa.He is a Tanzanian bongo flava recording artist, actor, dancer, philanthropist and a businessman. He is the founder and CEO of WCB Wasafi Record Label also a TV Station titled Wasafi TV & a radio station titled Wasafi Fm. He has several hit songs, and known to always feature other African artists; Flavour, Davido, Kofi and a host of others.