For over 400 hundred years African slaves were taken forcefully from their native lands in chains and ships to Europe, the Caribbean, and the Americas. Stories of their experiences are continually being unraveled daily exposing some of the insane experiences they went through. Some of them couldn’t bear it anymore they died in transit, in slave camps, or on plantations.

Most of those that survived faced despicable conditions, hours upon hours of work, and sexual abuse. We are used to talking about how the women were abused we tend to neglect the fact that the male folk also faced the same issue. Female slaves were raped by their masters, forced to breastfeed white babies, or simply used as sex toys for entertainment purposes.

What we have not spoken about for so many years is the fact that their male counterparts were also being abused most of the time. Many of them were exploited sexually by both their masters and the slave merchants alike. In this article, we discuss some of the ways these men were abused sexually.

It is quite difficult to say a man was raped mostly because there is no physical proof if not caught in the act. Most of these slaves never spoke about it to keep their pride intact but it has been revealed that many of them were rape victims. This phenomenon was more common around Cuba and in the southern part of the United States. The system was mostly adopted by the Spanish.

The men were raped on ships, on secret sex farms, and on plantations by homosexual masters. Anyone that rebelled was likely to be killed. They were even forced to satisfy their master’s wives when the masters were away. It was one issue that was overlooked probably because of gender bias even though it was an open secret for most of the slave trade era.

This was very similar to raping, only this time it was done in public. It was more prevalent in the Caribbean among white supremacist slave owners. A male slave who was seen as proud or rebellious would be flogged in public and then raped in full view of others. This was done to break the slave from embarrassment.

Sometimes the men were treated in this manner in front of their family members or two slaves were forced to have sex with each other in the presence of their families. Most times the victims ran away from the farms never to return or ended up committing suicide.

Slave trade drastically reduced when abolitionists arose to fight the act and this resulted in most slave owners being concerned from lack of manpower. To make up for their loss the slave owners came up with the idea of breeding farms.

On the breeding farms, males were forced to have sex with at least 6 women daily to increase the chances of the number of women getting pregnant. The children gotten from these acts were automatically properties of the slave owners. There was no consideration as to whether the women a man would sleep with was his relative or not. This was where the term “mother fucker” originated which translated literally to mean a man who had sexual relations with his mother. Breeding farms were big businesses in South America at the time.

This was meted out as a form of punishment to any slave caught having sexual relations with his master’s wife or daughter or any other slave woman which caught his master’s eye. It was one of the highest forms of humiliation at the time as leaders of rebellions were mostly castrated as well. The castrated men were referred to as women to enforce their white slave masters’ superiority. 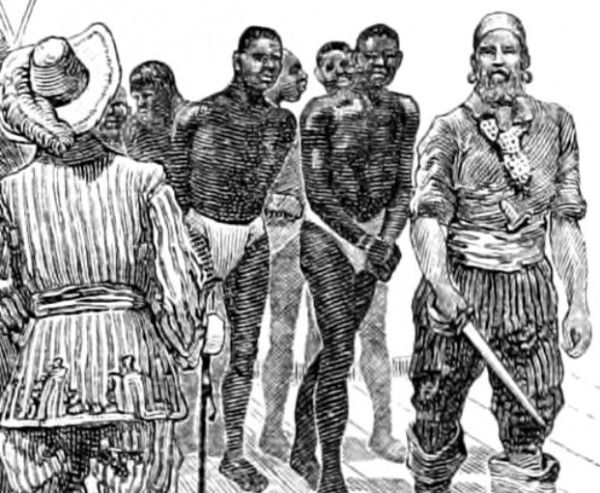 White supremacists, wealthy folk, and aristocrats used most of the enslaved men as a means of sexual entertainment. They would pick strong enslaved men, line them up naked, and discuss their sexual organs while making jokes of them. Sometimes they would pair a male slave with a virgin female and force them to have sex just for their viewing pleasure.

The evolution of African American music