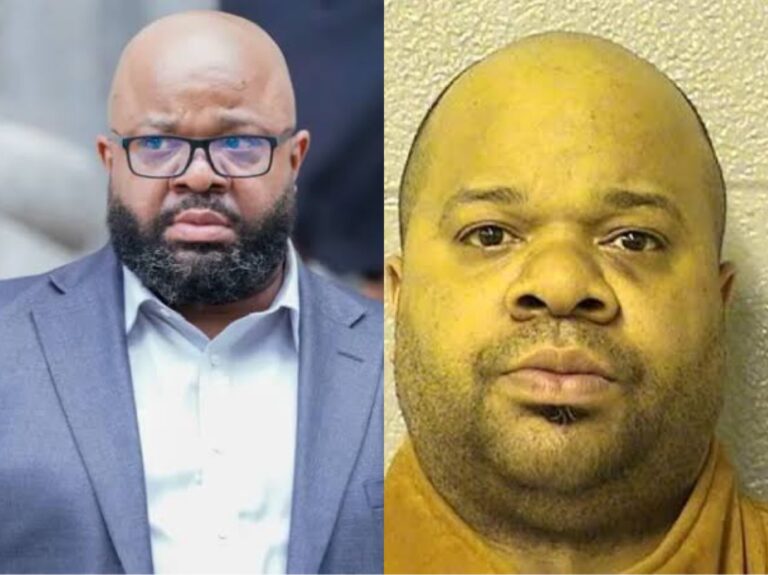 After pleading guilty to stalking and harassing one of the singer’s sexual abuse victims, Donnell Russell, R. Kelly’s manager, has been sentenced to  a 20-month prison term on November 17.

The victim, identified as Jane Doe, was harassed by calls, emails, and texts, according to the Department of Justice, which alleges that Russell was charged with interstate stalking.

Donnell Russell allegedly stalked and tormented Doe and her mother in an effort to deter her from bringing charges against Kelly, according to the prosecution.

Speaking of the charges in a press statement, US Attorney Breon Peace said Russell had “used threats, harassment and intimidation in a deliberate effort to silence one of R. Kelly’s victims and prevent her voice from being heard.”

The charges stem from Russell’s threat to release sexually explicit photos of the woman if she did not withdraw her civil lawsuit suit against Kelly. The incidents allegedly took place between November 2018 and February 2020.

During that time, Donnell Russell sent a text message to the victim telling her to “Pull the plug or you’ll be exposed”. Russell also used an alias to create a Facebook page called ‘Surviving Lies’, to which he posted the images of the victim.

The page’s name is an allusion to the 2019 docuseries Surviving R. Kelly, which revealed the singer’s history of sexual assault. Russell showed the images on two livestreams on a different day in 2020.

“[Russell] continued his vile campaign by sending threatening messages to Jane Doe and her mother,” Peace said of the incidents, “and publishing explicit photos of the victim on the internet before and after Kelly was indicted.” Peace described Russell’s conduct as “reprehensible” and “criminal”, and said it “will not be tolerated.”

Elaborating on the charges in his own statement, Homeland Security Investigations Acting Special Agent-in-Charge Ricky J. Patel said Russell “repeatedly and purposefully” attempted to silence the victim from exposing “the emotional and physical trauma” perpetrated on her by Kelly. Donnell Russell first pleaded guilty to one charge of interstate stalking in July of this year.

In July, Donnell Russell was convicted on a seperate charge relating to a gun threat he made in 2018, when he sought to disrupt a screening of Surviving R. Kelly in New York City. The manager faces up to five years in prison for that charge, with sentencing due to take place on November 21.

It comes months after Kelly was sentenced to 30 years in prison following his conviction last year on charges of sex trafficking and racketeering. Last month, the singer was ordered to pay at least $309,000 (£287,000) in restitution to two of his victims.