Dontrell Stephens: The Black Man Paralyzed in the 2013 Police Shooting Dies in Hospital 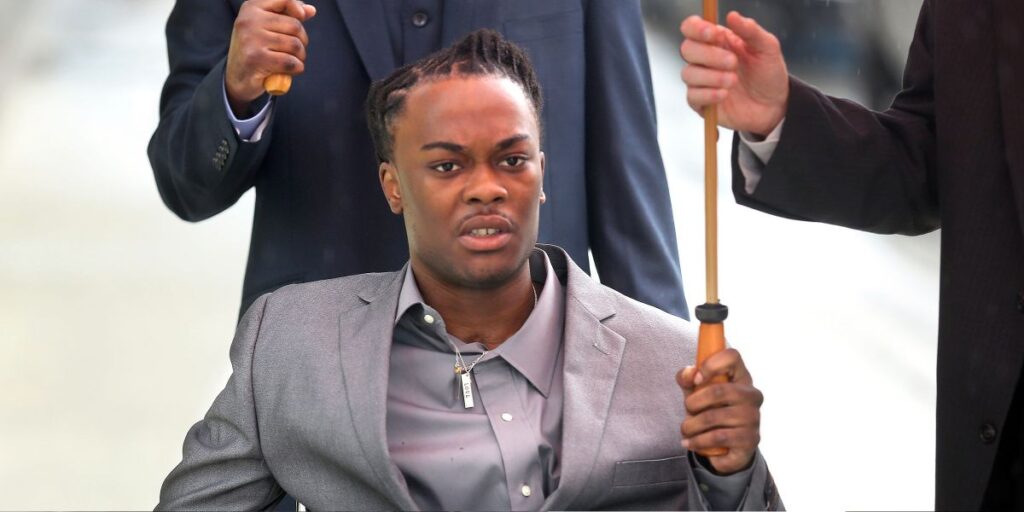 The 28-year-old Dontrell Stephens lost the battle on Sunday. Stephens’s life changed after being shot and paralyzed by Adam Lin, a Palm Beach County police officer. Jack Scarola, his law suit attorney in a case against the PBSO confirmed the news of his death.

The shooting happened in the West Palm Beach neighborhood on September 13th, 2013. It ensued from  Adam  Lin trying to stop Stephens for a traffic offense. A few seconds later, Lin fired four shots at the unarmed 20 years old young man who had by then off his bike. One of the bullets paralyzed Stephens from the waist down after it severed his spinal cord.

Defending himself, Lin told the jurors that the shooting was out of self-defense. He claimed that Stephens had put his left hand behind his back, pulling a black object that he mistook for a gun. However, this statement contradicted the videotape from his dashboard, which shows Stephens holding a cellphone in his right hand and his left hand empty.

Since then, Stephens has been in and out of court trying to fight for justice which has not been forthcoming. Speaking to The Palm Beach Post, his Attorney, Jack Scarola, confirmed that Stephens had a tragic and challenging life.

He was, among other things, denied $22.5 million in 2016, awarded to him by the federal jury during a civil trial. After years of negotiation, Stephens got to part with a $6 million settlement from the Florida House of Representatives. However, the relief came a bit too late as Stephens lost the battle one year after receiving the money.

His other attorney Ian Goldstein feels that this was not enough to make up for the suffering that Stephens had endured. He noted, “I’m devastated. I’ve gone through a lot with Dontrell and his family. It took a long time to get him to a place where he could have medical care and take care of himself, and unfortunately, it came too little, too late.

Dontrell Stephens died on Sunday at a hospital in Port St. Lucie. Stephens was hospitalized for three weeks before the date of his death. The cause of death is not yet confirmed, but his attorney associates it with complications resulting from his paralysis. Stephens died a poor and depressed young man leaving behind two brothers.

The law did not punish Adam Lin for the shooting. He is still an employee of Palm Beach Sheriff’s office where he has since been promoted to a senior position.