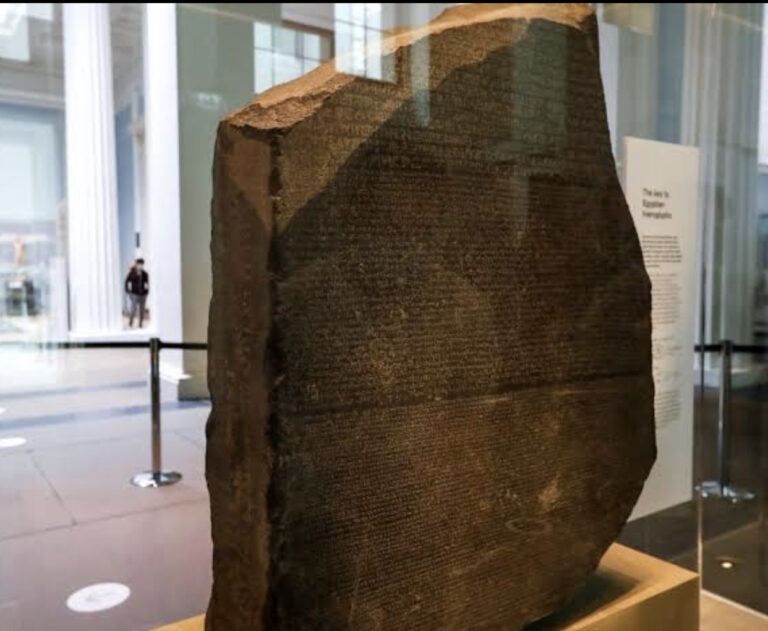 The Rosetta stone, a priceless black granite slab is a multi-translated inscription which brought the seminal breakthrough in deciphering ancient Egyptian hieroglyphics.

An increasing number of people are calling for its return more than 200 years after Egyptian armies used by the British Empire transported it to Great Britain. Two petitions for the repatriation of the stone were organized by Monica Hana.

“I think all nations have the right to ask back for their heritage,” the dean at the Arab Academy for Science, Technology & Maritime Transport says.

The British Museum however, disputes that the stone was taken unlawfully, claiming a treaty from 1801 bears the signature of an Egyptian envoy who fought alongside the British against the French to control the region of north Africa.

A French soldier had found the black slab near the town of Rosetta, about 35 miles east of Alexandria.

“The Rosetta Stone for me, is a symbol of western colonialism over my culture. It represents a spoil of war, it represents cultural violence”, Monica Hana explained.

“I’m not only asking for it’s restitutional repatriation, I’m also training generations of students who will become researchers to continue the fight until the Rosetta Stone is back in Egypt.”

Western museums have long pointed to better equipped facilities and larger crowd draws to justify their holding of world treasures.

Some institutions are returning ownership of artefacts but the majority remains in their collections. The Prussian Cultural Heritage Foundation for example agreed with Nigeria to keep one-third of the artefacts on loan.

The Museum said Egypt’s government has not submitted a request for the return of the Rosetta stone which was carved in the 2nd century B.C.

The Rosetta Stone is one of more than 100,000 Egyptian and Sudanese relics housed in the British Museum.