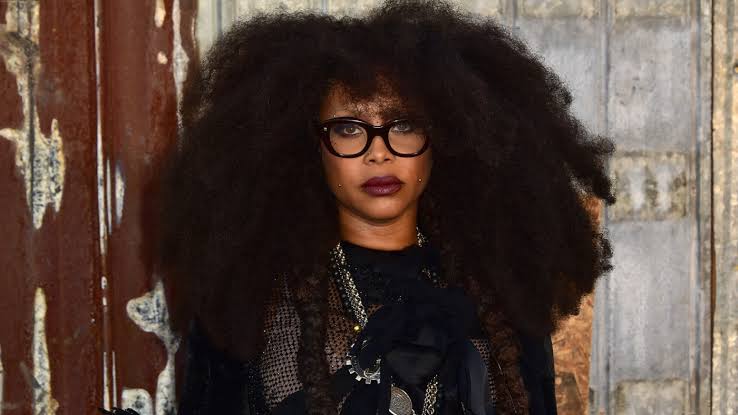 Erykah Badu wants to let us in on the secret of her vagina which is refers to as “super power”; via a her own fragrance brand. According to an interview with 10 Magazine; the ‘Tyrone’ singer is preparing to open her online store, Badu World Market, on Feb 20th. Hence ‘Badu P-y’ will be made available. Badu World Market is said to contain apothecary goods and traditional music merchandise.

It’s no secret that Erykah Badu’s “superpower” or vagina has changed the lives of men. For example, Andre 3000 switched his whole style up and Common admitted to not being able to eat after the pair broke up. Mythically, seems there’s some type of magical power her vagina possesses! Badu told 10 Magazine: “There’s an urban legend that my vagina has changed men. The men that I fall in love with, and fall in love with me, change jobs and lives.”

As for how the potion-esque product will be made, Erykah Badu says she used her old underwear, since she doesn’t wear them anymore. “I took lots of pairs of my panties, cut them up into little pieces and burned them, Even the ash is part of it.”

This is obviously something she wants to do for the people, as she feels we deserve it. “Yeah, man!” she hoots. “The people deserve it!”

Erykah Badu And The Former Men In Her Life

Common and Badu dated in the early 2000’s. In an interview, he stated: “With Erykah Badu, that was my first love where you’re just open and floating,” he said about their time together. “When we split, I was 27 or 28. I was in a haze, just going through the motions. It was hard to eat. It wasn’t her fault, the relationship just didn’t go forward.”

As for Erykah Badu and Andre 3000, they share a son together, 21-year-old Seven. After they broke up, he didn’t even dress the same. So, I guess there must be some magic and now the rest of us will have a chance to experience it.

No word yet on how much Erykah Badu’s incense/ perfume will cost, or how much of it is available (if she’s working through old undies, presumably she will run out at some point?), or what it even looks like (there are no pictures or anything at the moment).