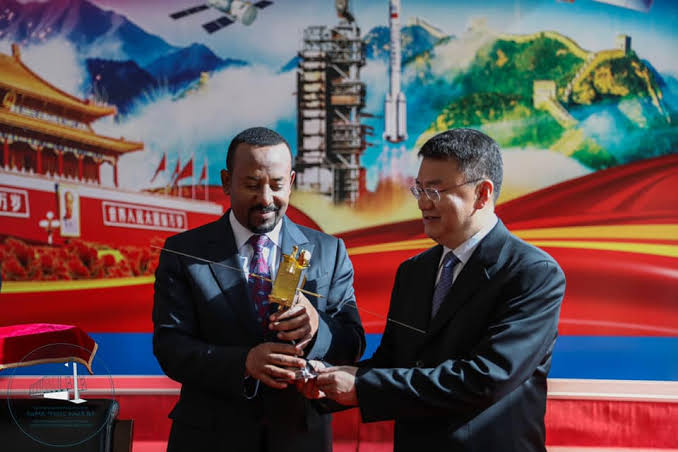 After the African Union introduced an African space policy, which calls for the development of a continental outer-space program and the adoption of a framework to use satellite communication for economic progress. Ethiopia launched its first observatory satellite into space on Friday (Dec. 20), according to local reports.

The rocket launched was aired live on Ethiopian Broadcasting Corporation.

The Friday, December 20 launch saw a high-powered delegation gather at the Entoto Observatory and Research Centre, not far from Addis Ababa to watch a live stream from a space station in China.

China sponsored about $6 million of the over $7 million project. But the 72-kg multi-spectral satellite was designed by both Chinese and Ethiopian engineers.

The satellite has been christened ETRSS-1, Ethiopia and will use its remote sensing microsatellite to monitor weather patterns resources and to forecast the weather.

Ethiopia hopes the satellite’s operations will help for better agricultural planning as well as warn the country on impending droughts.

The head of the Ethiopian Space Science and Technology Institute, Solomon Belay, told Reuters he believes the satellite spells new opportunities for the East African powerhouse.

“This will be a foundation for our historic journey to prosperity,” Deputy Prime Minister of Ethiopia Demeke Mekonnen said in a speech. “This technological infrastructure is important even if it’s delayed.”

It is the eighth launch of an African satellite this year, topping the previous record of seven in 2017, according to Temidayo Oniosun, managing director of Space in Africa, a Nigeria-based firm that tracks African space programs.

“We can say that 2019 is pretty much the best year in the history of the African space industry,” Oniosun said.

The launch makes Ethiopia the 11th African country to put a satellite into space. Egypt was the first in 1998.

All told, 41 African satellites have now been launched — 38 from individual countries and three more that were multilateral efforts, Oniosun said.