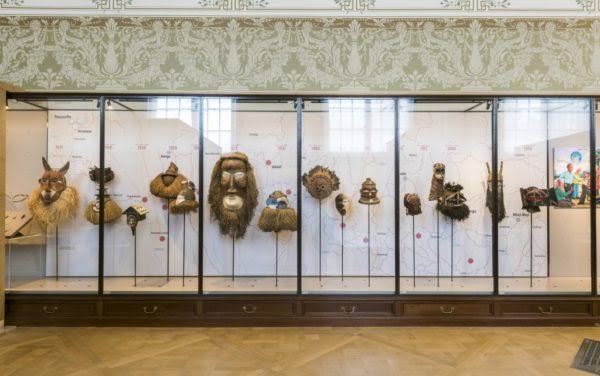 Despite the seeming commitment made by the president of France, to return stolen African artifacts to their origin as seen in the return of a 19th century Sword to Senegal, and the Move by Jesus College to return Benin’s Bronze Cockerel, it appears that some museums in Europe want to retain artifacts stolen from Africa out of greed.

Up to 90% of Sub-Saharan Africa’s material cultural legacy is outside of the continent, according to the French government-commissioned 2018 report by Senegalese economist Felwine Sarr and French historian Bénédicte Savoy. The report calls for the restitution of Africa’s stolen assets highlighting that most of these were looted by European colonial powers, stolen during ethnographic missions or acquired under questionable conditions in various markets.

Africa has been plundered, raped, invaded, exploited and ravaged, with thousands of ancient history and revered artifacts Carted away to Europe by French, British, Portuguese, Dutch and other European Forces.

However, in the wake of the 21st century, debates have been raised and European countries have been urged to return stolen artifacts and material legacies to Africa but it seems the battle to return thousands of stolen and lost African Heritage is becoming complicated.

According to Quartz Africa, George Soros’ Open Society hopes to spur momentum in reparation efforts through legal, financial and technical support to governments, regional bodies, museums, universities and civil societies. Concerted efforts and significant funding are needed to support claims for restitution as communities demanding their looted items will undoubtedly come up against legal hurdles—such as the “inalienability of public French art collections.”

This simply means there are laws stating any public French art collections belongs to the state and cannot be given back (even when said assets were looted.) This is the convenient legal barrier that has prevented countries and communities that have been asking for their treasured assets from getting them back.

For the past three years, Benin has been officially asking France back for the return of anthropomorphic (half human-half animal) statues that were looted during the sacking of the Abomey place in 1892. The statues have both a spiritual and historic value for Benin and are irreplaceable pieces of cultural property and heritage.

These statues are part of 26 artifacts of the 5,000 artifacts Benin has requested from France whose return to the country is mired in legal challenges. Their requests have in the past been continuously declined with France stating that they are now part of French cultural property and heritage.

It is clear that certain greed-driven laws have been put in place to stall this restitution of stolen heritage as various parts of Africa: Ethiopia, Benin, Egypt, Sudan, Nigeria, Congo in fact all of Africa have their stolen artifacts lodged in various thieving European Museums.

We would see how all these plays out in the face of this modern Day inquest. According to Felwine Sarr, the co-author of the restitution report, “People first need to know what was taken from them. Then they will realize that this is not an elite discussion, but one that concerns them—their history, their heritage, their legacy.” This states that the path to restitution is not an easy one, but a vital one in the process of decolonization.

Challenges that will be faced include European countries putting up roadblocks to restitution, but also the need to engage African citizens in the discussions.