Facts About Nelson Mandela, You Didn’t Know Before Now 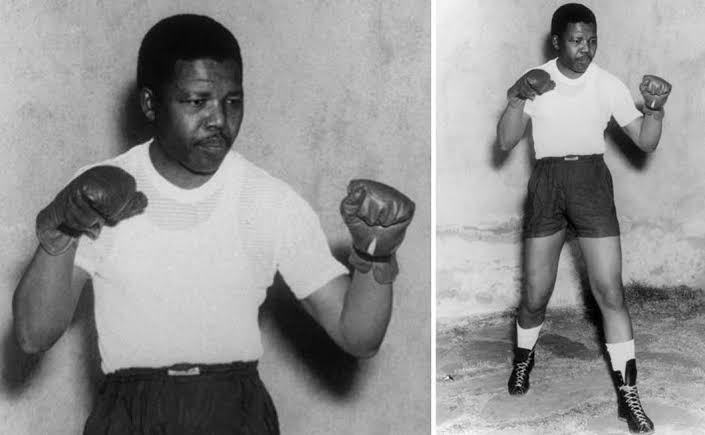 Nelson Mandela is one of the most popular African men in the world. His legacy and his name can never be forgotten. He fought against the colonizers for the freedom of his people in South Africa and Other Africans at Large.
Throughout history, lots of people around the world have faced discrimination – where they are treated differently because of their race, skin colour, gender, age and lots of other things, too. 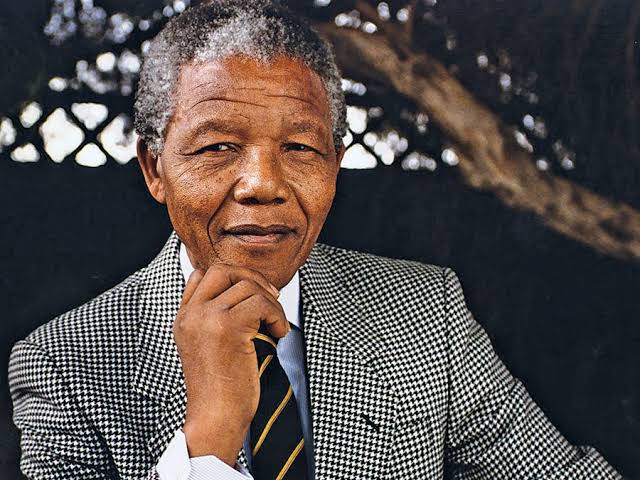 Sadly, it still happens to this day! But there are some amazing people who have worked hard to make a change for better, and help us move towards a world where everyone is treated fairly and equally. One such person is Nelson Mandela. 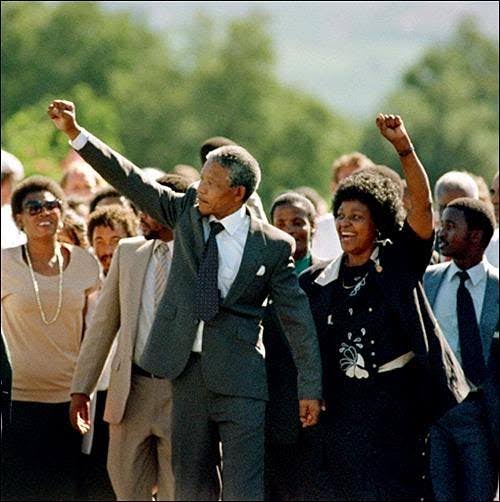 Jubilation of his release from prison

Nelson Mandela was born on the 18th July 1918 in the village of Mvezo, in an area of South Africa called Transkei. His father’s name was Henry, and his mother’s Nosekeni Fanny.

As a youngster, little Nelson was actually called Rolihlahla – it wasn’t until he was seven that a teacher at school gave him the name ‘Nelson’, and it stuck!

And check this out… Little Nelson was born into royalty! His father, Henry, was chief of a tribe in south Africa called the Tembu, and his great grandfather was the tribe’s king! Sadly, his father died when he was just nine years old.

Nelson studied hard at school and later attended the University of Fort Hare, the South African Native College. He then moved to the city of Johannesburg to study law at the University of the Witwatersrand, before qualifying as a lawyer in 1942, aged 24.

There is no passion to be found playing small – in settling for a life that is less than the one you are capable of living.

We must use time wisely and forever realize that the time is always ripe to do right.

Man’s goodness is a flame that can be hidden but never extinguished.

No one is born hating another person because of the color of his skin, or his background, or his religion. People must learn to hate, and if they can learn to hate, they can be taught to love, for love comes more naturally to the human heart than its opposite.

As we let our own light shine, we unconsciously give other people permission to do the same.

May your choices reflect your hopes, not your fears.

The greatest glory in living is not in falling, but in rising every time we fall.

A good head and a good heart are always a formidable combination.

While poverty persists, there is no true freedom.

And so it was told, when Nelson Mandela was studying law at the University, a white professor, whose last name was Peters, disliked him intensely.

One day, Mr. Peters was having lunch at the dining room when Mandela came along with his tray & sat next to the professor.

The professor said,
“Mr Mandela, you do not understand, a pig & a bird do not sit together to eat”

Mandela looked at him as a parent would a rude child & calmly replied,
“You do not worry professor. I’ll fly away,”
& he went & sat at another table.

The next day in class he posed the following question:
“Mr. Mandela, if you were walking down the street & found a package, & within was a bag of wisdom & another bag with money, which one would you take ?”

Without hesitating, Mandela responded, “The one with the money, of course.”

Mr. Peters , smiling sarcastically said,
“I, in your place, would have taken the wisdom.”

Nelson Mandela shrugged & responded, “Each one takes what he doesn’t have.”

Mr. Peters, by this time was about to throw a fit, seething with fury. So great was his anger that he wrote on Nelson Mandela’s exam sheet the word “IDIOT”
& gave it to the future struggle icon.

Mandela took the exam sheet & sat down at his desk trying very hard to remain calm while he contemplated his next move.

A few minutes later, Nelson Mandela got up, walked up to the professor & told him in a dignified polite tone,

“Mr. Peters, you signed your name on the sheet, but you forgot to give me my grade.”

Nelson Mandela is one of Africa’s Greatest men, and his stories would be told in generations.