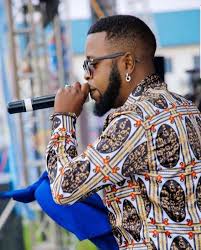 33-year-old Joshua Tusishime, who goes by the stage name Jay Polly, lost the battle on Thursday 2nd September 2021. Rwanda Correctional services confirmed the news of his death through a statement.

Jay Polly is the second musician to die mysteriously while in custody in two years. He was in jail awaiting trial on drug charges scheduled to take place later this year. On the early morning of Thursday, 2nd September 2021, Jay was rushed to Muhima Hospital in Kigali from the Mageragere correctional facility clinic.

Jay had fallen sick in custody and was rushed to the Mageragere clinic. His condition deteriorated while there, and they transferred him to Muhima Hospital. He died while receiving treatment here. The cause of death is not yet known. Talking to AFP, the hospital director, Pascal Nkubito, said, “He was in a bad shape and unresponsive. Doctors tried to revive him but he unfortunately died shortly after. The cause of death is not something I want to speculate about. We will know that after the post mortem”.

In a statement, the Rwanda Correctional Service said that Jay had consumed a mixture of methanol disinfectant, sugar and water. In April this year, the artist was arrested at his home for hosting a party in violation of COVID-19 regulations.

The police later accused him of having marijuana, a fake COVID-19 certificate and drinking. He was, together with his accomplices, detained and denied bail.

His fans have taken to social media to mourn him.