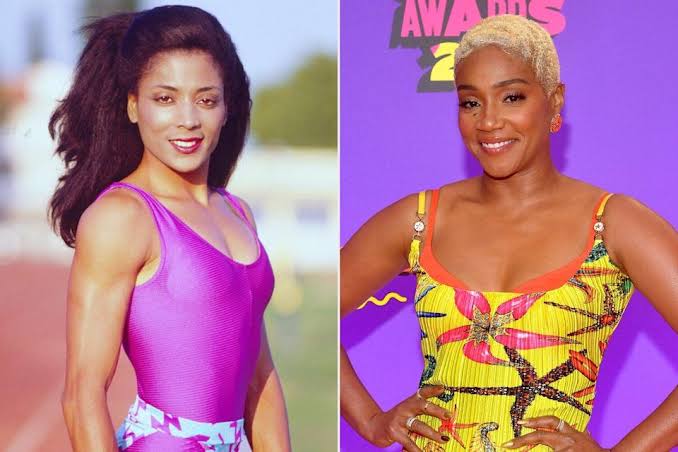 Share
Facebook Twitter LinkedIn Pinterest Email
Comedian Tiffany Haddish is set to produce and star in a game1 biopic about track and field icon Florence Griffith Joyner; who was also known by her nickname Flo-Jo. According to Deadline Haddish will portray the stylish, three times Olympic Gold-winner; who Haddish said was one of her heroes growing up.
“I am looking forward to telling Flo-Jo’s story the way it should be told,” she told the outlet. “My goal with this film is making sure that younger generations know my ‘she-ro’ Flo-Jo, the fastest woman in the world to this day, existed.” 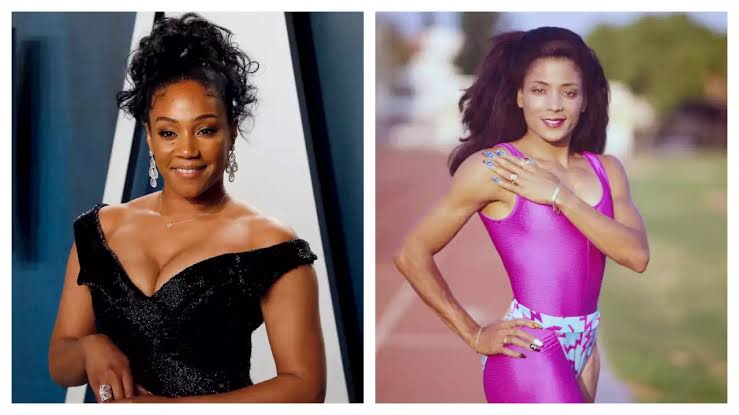 The biopic will follow Flo-Jo’s early life, her illustrious career and her sad untimely death at 38 years old. In 1995, Flo-Jo was inducted into the USA Track & Field Hall of Fame and the world records she set for the 100-meter and 200-meter dash still stand today. The film will not only tell; “her historic feats, but also her enduring impact on the entire world of sports and in the communities that needed her help and inspiration the most,” Deadline adds.

Triple jump champion and Flo-Jo’s husband, Al Joyner, will also serve as a co-producer on the film. According to the outlet, Al, who was also Flo-Jo’s coach, has already begun training Haddish in preparation to play the role.

“I am so elated to team up with game1 and Tiffany Haddish on this project,” he said “Working with Tiffany has been a great pleasure; she is incredibly dedicated, focused and committed to portraying the spirit of Florence accurately, whose legacy of making a difference in the world will live on for generations to come. I hope that this film touches all who see it and inspires people to be the change the world so desperately needs right now!”