Following the Rittenhouse verdict on the basis of self defense, Justice is demanded for Chrystul Kizer who killed the man that trafficked her 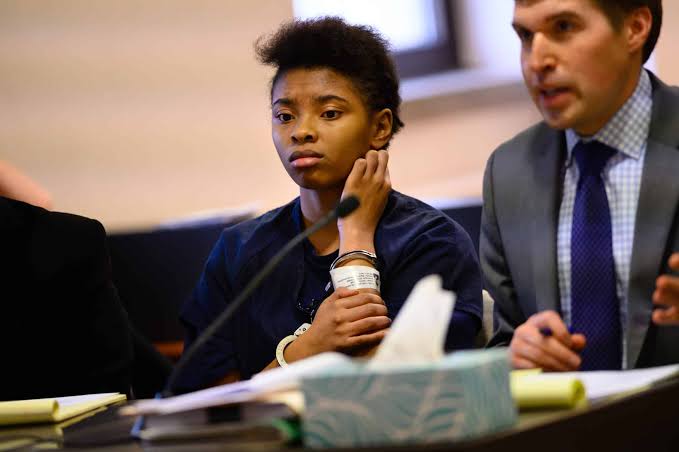 What is good for the goose is also good for the gander! If Kyle Rittenhouse could claim self defense for shooting two people to death and get acquitted; then Chrystul Kizer who was 17 years old in June 2018 when she shot and killed Randall Volar III in Kenosha,because she was tired of being sex trafficked and sexually abused by him, deserves to be acquitted too. Although Chrystul Kizer is currently out on bond and awaiting trial, however she faces life imprisonment. But protestors and activists are calling for her acquittal in the name of self-defense, just like Kyle Rittenhouse.

The self-defense law in Wisconsin led to Kyle Rittenhouse’s acquittal on homicide charges; and this has sparked protests across the state and the country.

Advocates are also now calling for justice for a child sex trafficking survivor in the state, holding that if Rittenhouse could successfully claim self-defense, then she can, too and rightly so.

Kizer is charged with five felonies; including first-degree intentional homicide, for killing Randall Volar III. Her attorneys say she lashed out after years of abuse; and Kizer has said she was underage when he sexually assaulted her.

“My heart and my concern is with Chrystul Kizer. She is not forgotten,” one protester, Lorna Revere, said Sunday, according to The Milwaukee Journal Sentinel. “The anger that hits all people, Black people, white people, that are concerned about the racism that this country faces, is like; it just stabs you in the chest time and time and time again.”

Chrystul Kizer was 17 years in June 2018, when she shot Volar in the head and set his home on fire before stealing his car. Kizer said she met Volar, then 34, through Backpage; a now-shuttered sex ads website — and he sold her to men for sex.

Kizer said Volar had been filming his abuse of her since she was 16 and she acted in self-defense after he pinned her to the floor when she refused to have sex with him. Prosecutors have argued that Kizer simply wanted to steal Volar’s car. But in a 2019 Washington Postinterview from jail, Kizer said that she shot Volar in self-defense.

It was later revealed by The Washington Post that both prosecutors and Kenosha police had evidence that Volar, who is white, had abused Kizer and other underage Black girls. Just months before his death, a 15-year-old girl accused him of drugging and threatening to kill her, according to the Post. And police found exploitative videos of Volar abusing girls who appeared as young as 12, the Post reported.

Kizer is currently facing life in prisonment for defending herself from her abuser.