For Testing Positive To Human Growth Hormone, Nigeria’s Olympian Blessing Okagbare Gets Suspended From The Olympics 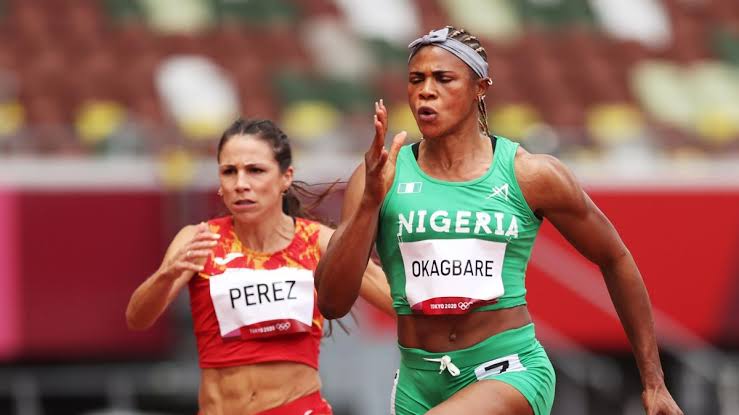 Nigerian Silver medalist Blessing Okagbare and Guinness world recognition awardee; has been suspended just hours before before the Semifinal Olympic 100m race. The sprinter, has been suspended from the ongoing Tokyo 2020 Olympics Games after testing positive for human growth hormone. Having won her heat race on Friday, she was meant to compete in the women’s 100 metres semi-finalson Saturday; but that is no longer the case as she will miss the remainder of the Olympics.

According to premiumtimes, A statement from the Athletics Integrity Unit (AIU) revealed that; Okagbare who is both a world and Olympic medallist failed an out-of-competition test taken on July 19.

“The Athletics Integrity Unit has provisionally suspended Blessing Okagbare of Nigeria today with immediate effect after a sample collected from the sprinter tested positive for human growth hormone,” the AIU said.

“Growth hormone is a non-specified substance on the 2021 World Anti-Doping Agency (WADA) prohibited list; and a provisional suspension is mandatory following an adverse analytical finding for such substance under the World Athletics anti-doping rules.

“The AIU collected the sample from Ms. Okagbare during an out-of-competition test on 19 July.

“The WADA-accredited laboratory that analysed the sample notified the AIU of the adverse analytical finding at midday Central European Time yesterday, Friday 30 July.

“The athlete was notified of the adverse analytical finding and of her provisional suspension this morning in Tokyo.

“She was scheduled to participate in the semi-finals of the women’s 100m this evening.

“The AIU will make no further comment on this matter at this time.”

The AIU had already disqualified 10 Nigerian athletes from Tokyo 2020 having failed to undergo the mandatory three out-of-competition tests in the run-up to the Olympic Games.

The disqualification which many blamed on administrative lapses by Nigeria’s sports ministry and the Athletics Federation of Nigeria; drew reactions from many including; Okagbare who hit out at sports governance in Nigeria, saying; “I have said it before and I will say it again. 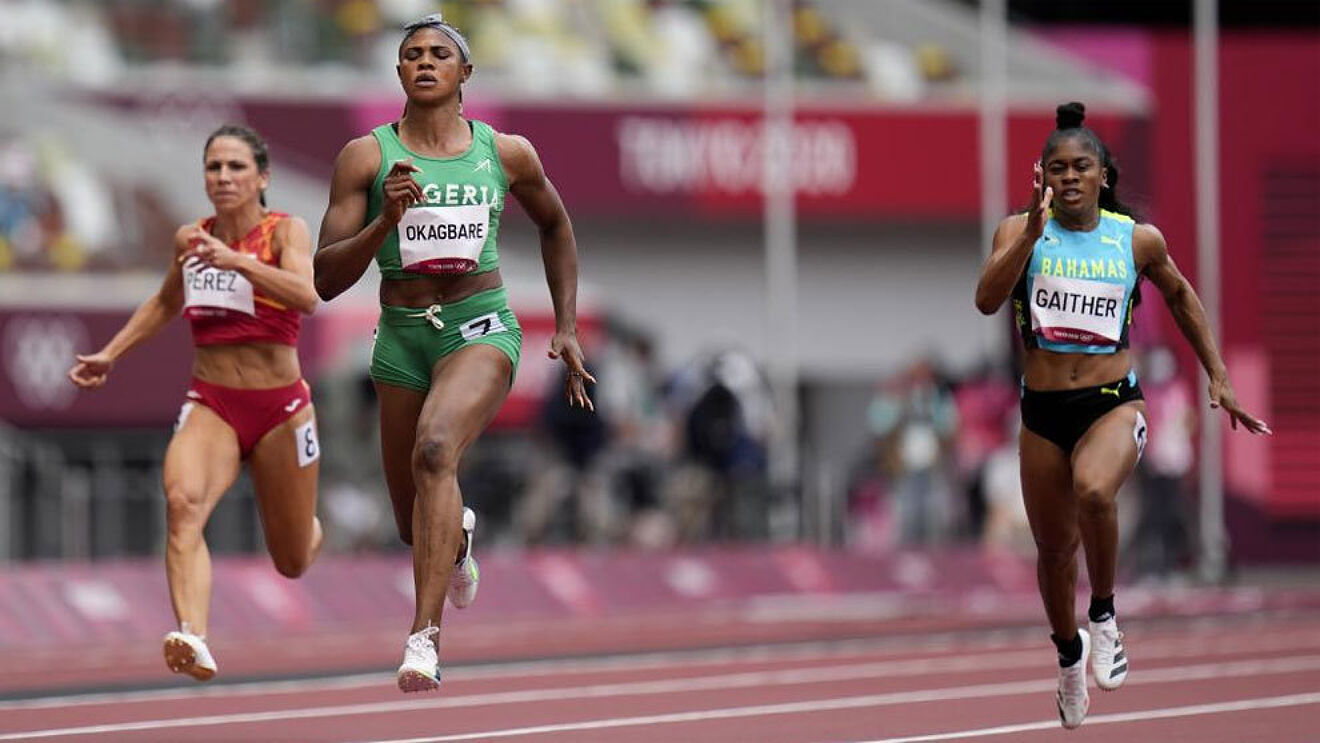 “If you do not know the sport, not passionate about it/us [the athletes]; then you have no business there as an administrator.

“The sport system in Nigeria is so flawed and we athletes are always at the receiving end of the damages.”

Okagbare is the most experienced among those competing in athletics for Nigeria in Tokyo.

She made her Olympic debut in Beijing 2008 where she won a silver medal in the Long Jump; and subsequently competed at both the London and Rio Olympic Games.

Described as Nigeria’s Queen of Tracks, Okagbare has a long list of accomplishments including at the 2013 World Championships in Moscow; where she won long jump silver and 100m bronze.

Apart from being a multi African champion, Okagbare also won the 100m/200m double at the Glasgow 2014 Commonwealth Games.

The Athletics Federation of Nigeria said it has received with great shock the suspension of Okagbare for a doping test violation.

The Federation through its president, Tony Okowa, said it is in the process of obtaining the relevant details of the announcement after which a full reaction will be issued.