Forbes magazine names Ghanaian President, NANA AKUFO-ADDO as the African Of The Year 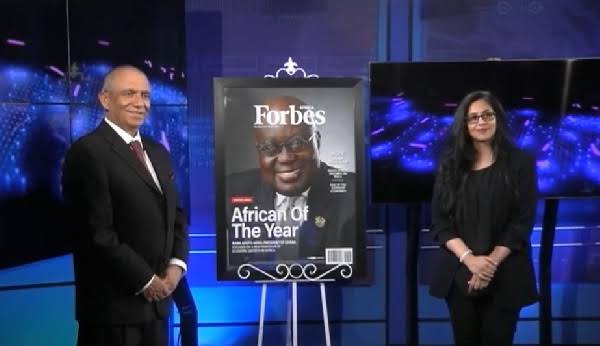 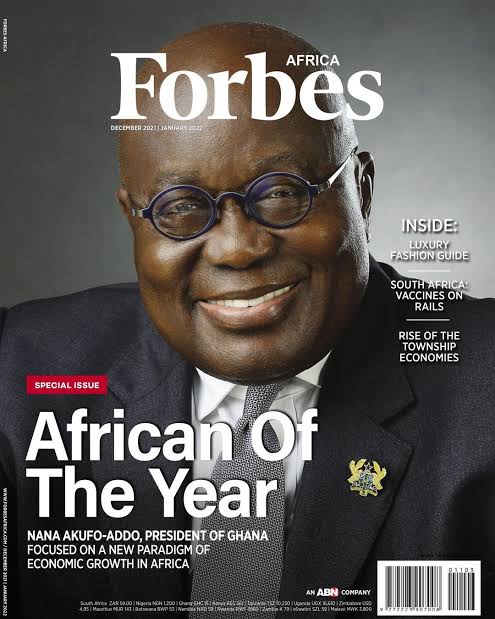 African of the Year

The Forbes Magazine African of the Year is an annual award launched four years ago; to recognise and honour African leaders; who are seen globally as visionary and has a reputation of working to advance the course of the continent.

Past winners of the award include; President Paul Kagame of Rwanda, Akin Adesina, President of the African Development Bank Group; and the Director-General of the World Trade Organisation, Ngozi Okonjo-Iweala

According to Frederic Van de Vyver, the decision to award President Akufo-Addo was based on the policies and programmes; implemented by his Government which repositioned Ghana into the global marketplace and as one reliant on her resources to develop.

The Executive Director, West Africa said key among the economic policies implemented was the ‘Ghana Beyond Aid’ Agenda; which focuses on adding value to the country’s resources, and the ‘Year of Return” now Beyond the Return; a long term policy to develop the tourism sector.

He also mentioned the AfCFTA Secretariat hosted by Ghana, making the country the trade capital for Africa, Twitter’s Africa’s Headquarters in Ghana, the Agenda 111 hospitals’ project intended to make Ghana the preferred medical centre in West Africa, Education, and the youth entrepreneurship policy.

On his part, President Akufo-Addo said he was “extremely honoured and flattered by this Award” and expressed delight in how his government’s policies and programmes were being monitored externally too. 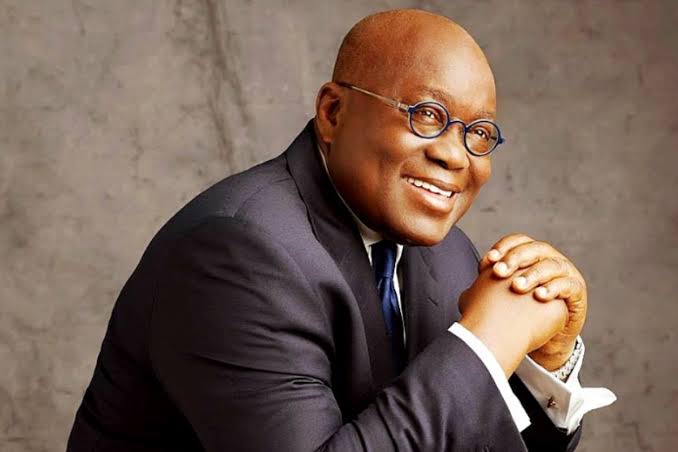 “A lot of the times when you’re in the midst of doing things you wouldn’t know whether external people are taken note of what you’re doing but it appears you have a very good grasp of all the various things we’re trying to do to develop our country.”

President Akufo-Addo said he’s been passionate to get this done as quickly as possible to see Ghana develop. That, he said, had been his inspiration “to get things taken on the ground as soon as possible.”

“The price and commendation are for Ghana–the Ghanaian people, Government and lastly for myself,” President Akufo-Addo said.

‘I have to confess, I’ve been overwhelmed and I appreciate it very much. On behalf of the people of Ghana, the government and myself I say a big thank you to you and members of your board for making this selection,” he said