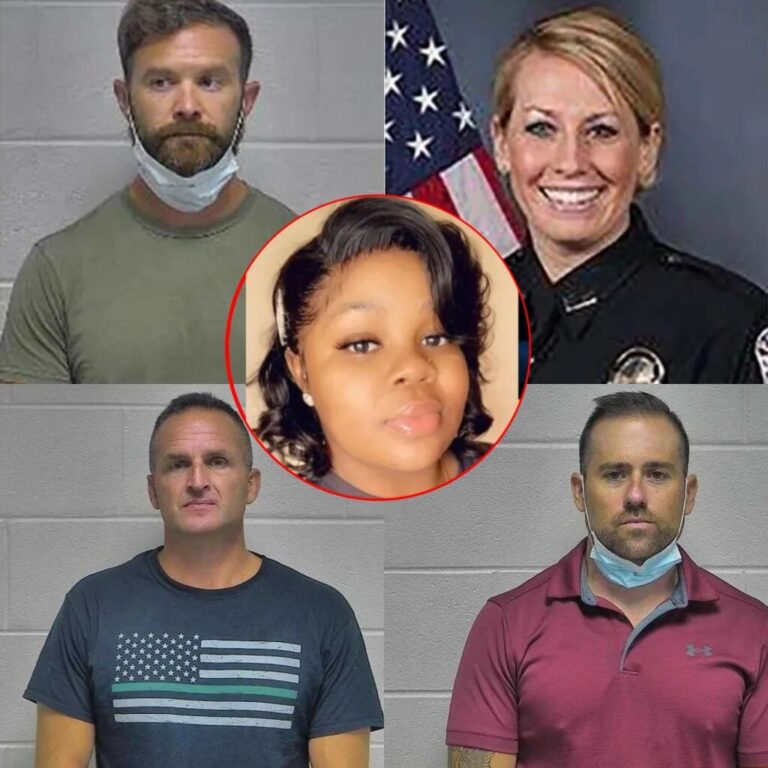 Federal officials announced on Thursday that two current and two former Louisville, Kentucky, police officers have been charged with violating Breonna Taylor’s civil rights in the botched raid in 2020 that resulted in the young Black woman’s death.

The warrant was obtained by Detective Joshua Jaynes of the Louisville Metro Police Department for the March 13, 2020, search of the 26-year-old medical worker’s apartment.

Joshua Jaynes, Kelly Goodlett, a detective in the Place-Based Investigations unit that investigated drug trafficking with Jaynes, and Sgt. Kyle Meany, who oversaw the unit, were all charged with falsifying an affidavit.

Jaynes and Goodlett are accused of deceiving investigators looking into the fatal shooting. Meany reportedly lied to the FBI, according to Attorney General Merrick Garland.

Brett Hankison was charged with using excessive force while carrying out the search warrant in a separate indictment.

“Today Chief Erika Shields began termination procedures of Sgt. Kyle Meany and Officer Kelly Goodlett. While we must refer all questions about this federal investigation to the FBI, it is critical that any illegal or inappropriate actions by law enforcement be addressed comprehensively in order to continue our efforts to build police-community trust,” police said.

A lawyer believed to be representing Jaynes was unable to be reached on Thursday. Attorney Stew Mathews, who previously represented Hankison, said he was unsure whether he would represent him in the federal case.

Mathews stated that he spoke with Hankison on Thursday morning while he was “on his way to turn himself in,” but that he has not spoken with him since.

It was unclear whether Goodlett and Meany had hired lawyers.

Ben Crump, a prominent civil rights attorney, said in a statement Thursday that the two years since Taylor’s death have been difficult for her family and advocates fighting for her.

“Today was a huge step toward justice. We are grateful for the diligence and dedication of the FBI and the DOJ as they investigated what led to Breonna’s murder and what transpired afterwards,” the statement said. “There are still so many families who are fighting and praying for justice and accountability in situations where their loved ones were wrongfully killed by the police. We need to stand with them, pray with them, and do whatever is possible for them.”

During the early morning raid, officers opened fire, killing Taylor, after her boyfriend, who believed an intruder was trying to break in, fired a gun toward the door.

“The federal charges announced today allege that members of the Place-Based Investigations unit falsified the affidavit used to obtain the search warrant of Ms. Taylor’s home,” Garland said, adding “that this act violated federal civil rights laws and that those violations resulted in Ms. Taylor’s death.”

According to an investigation conducted by Kentucky Attorney General Daniel Cameron, officers knocked and identified themselves as police before entering Taylor’s apartment. A civilian witness, he claimed, confirmed this.

Garland also stated on Thursday that the search warrant was obtained despite officers knowing they lacked probable cause for the search. Garland claimed Jaynes and Goodlett falsely claimed officers verified the alleged drug trafficker had received packages at Taylor’s address.

“Defendants Jaynes and Goodlett knew that was not true,” Garland stated.

The botched raid targeted Breonna Taylor’s ex-boyfriend, a convicted drug dealer, who was not in the apartment at the time of the raid. Jamarcus Glover, that man, has stated that Taylor had no involvement in the drug trade.

According to Garland, the officers involved in the raid were unaware of the false statements in the search warrant affidavit.

Garland said, Hankison is charged with using excessive force because, after Taylor was shot, he moved from a doorway and fired 10 more shots through a window and a sliding glass door, both of which were covered with blinds and curtains.

In March, Hankison was found not guilty on all counts of endangering a couple and their 5-year-old son during the raid. He was accused of putting Cody Etherton, his partner, Chelsey Napper, and their son in danger when he fired shots into their apartment.