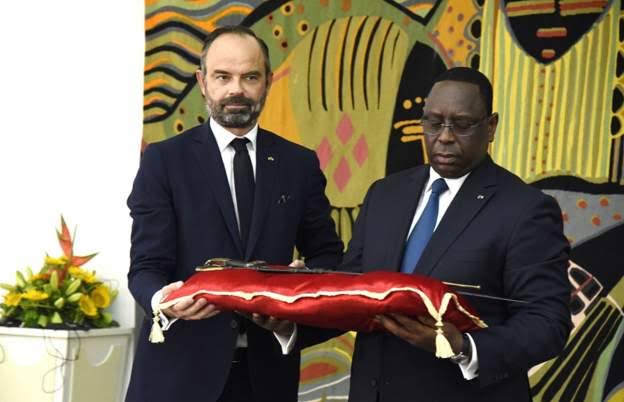 Staying true to the commitment made by the president of France in returning historical artifacts and treasures to their origin in Africa;
France has restored to Senegal a sword that belonged to a 19th Century Islamic scholar, Anti-colonial fighter and ruler.

The artefact originally belonged to the revered west African leader Omar Saidou Tall, who led an anti-colonial struggle against the French.

“This is an historic day,” the Senegalese leader said. Some of Omar Saidou Tall’s descendants were present at the ceremony.

Mr Philippe said it was “the first step” in a project aimed at returning more Senegalese artefacts currently in French museums, which hold at least 90,000 artefacts from sub-Saharan Africa.

Their official report states that most of the Africa collection in Paris’ Quai Branly museum – approximately 46,000 pieces – was acquired with some degree of duress.

According to the BBC,  El Hajj Mamadou Mactar Thiam, who is a descendant of Tall, alleges that the French also looted books which formed a part of the scholar’s colossal library. He says that, “They took everything, including his library, in Segou, and I hope that all our books that are now in France will be returned to us.”

In November 2018, a report commissioned by the French President, Emmanuel Macron recommended that art plundered from sub-Saharan Africa during the colonial era be returned through permanent restitution. 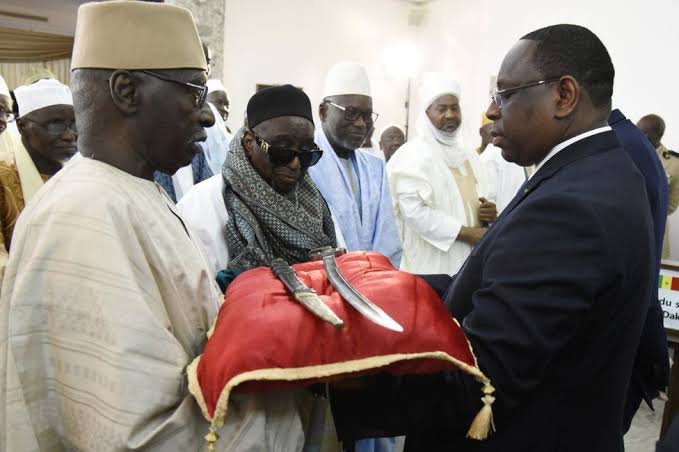 Faced with mounting pressure from African governments, there is a wave of stolen artifacts being returned by European countries to their original countries, and France returning the sword to Senegal is one of the return moves.

In May, Germany announced that it would return a 15th Century high navigation landmark it took from Nambia known as the Stone Cross.

The British Museum in London also struck a deal with Nigeria in 2018, where it agreed to return Benin Bronzes looted by British soldiers to Nigeria.