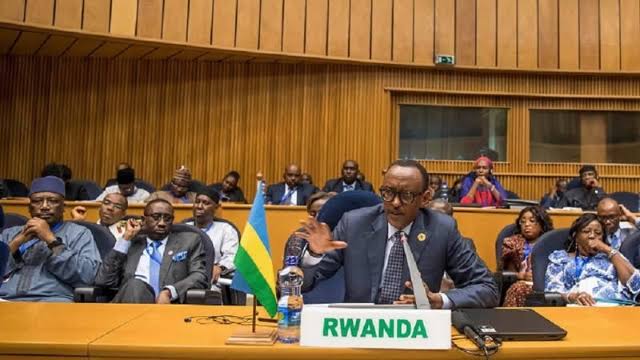 Rwanda is on a fast track to huge developments and success. The president of Rwanda, Paul Kagame is not a man of mere words. He matches his dedication to his motherland with actions; the latest being the total abolition of a thousand colonial laws that have been present and are shackles in Rwanda. It is not enough to be “independent”, colonialism and it’s traces must be wiped away and Paul Kagame is making sure of that.

Local media New Times reported that some of these shackles were put in place by colonial countries like Germany (1900-1916), and Belgium between 1916-1962.

Some of the colonial laws abolished include a decree of July 22, 1930, that prohibited transfer on credit or for free of all alcoholic beverages.

One of the laws also made it possible for massive land grab by the Catholic Church. That decree was passed on January 24, 1943.

According to Evode Uwizeyimana, Rwanda’s State Minister for Constitutional and Legal affairs, it was a ‘shame’ that Rwanda was being guided by colonial laws enacted in the interests of colonizers.

“There are no legal loopholes that can emerge as a result of repealing them. These are not laws that we should be proud of keeping. We don’t see a problem in repealing them,” he said.

Rwanda’s Minister of Justice, Johnston Busingye, told The New Times Rwandans can now be fully governed by the laws that they have made themselves.

“Colonial laws were made for the colonial metropole, not for colonies. They were brought to the colonies to be the legal framework to service the colonial state. This step finally means that we are and will be governed by laws made by us for us,” he is quoted as saying.

It took three months of discussions for the final decisions to scrap all the country’s colonial-era laws.