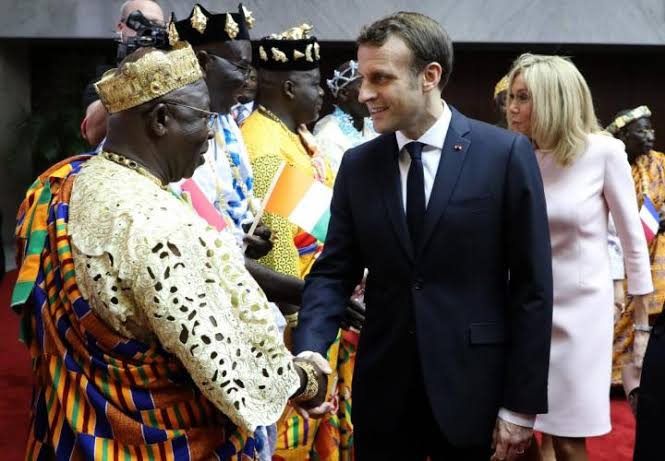 It is not the first time that Emmanuel Macron has expressed remorse on behalf of France over its colonial past. During his campaign for the presidency, he made headlines by referring to France’s colonization of Algeria as a “crime against humanity.”

In Abidjan, Ivory Coast’s largest city, Macron said that colonialism in Africa had been “a grave mistake” and a fault of the republic.” He called for “turning the page” on the past.

“The African continent is a young continent,” Macron said. “Three-quarters of your country never knew colonialism,” he added, calling on young people to “build a new partnership of friendship with France.”

“Too often, France is perceived as taking a supremacy stance and to dress itself in the rags of colonialism, which has been a grave mistake, a serious fault of the Republic”, Macron said. He added that he hoped “a new page” of the story could be written.

Emmanuel Macron made the statements during during a joint press conference with the president of the Ivory Coast, Alassane Ouattara.

Emmanuel Macron also touched on security issues while in the Ivory Coast, which shares a long border with volatile Mali and Burkina Faso. He vowed to boost the fight against Islamic extremism in West Africa and touted a French operation, where 33 Islamic extremists were killed in central Mali.

“We must remain determined and united to face that threat,” the French president said. “We will continue the fight.”