Ganga Zumba, The African Royal Warrior who escaped slavery and built his own settlement in Brazil 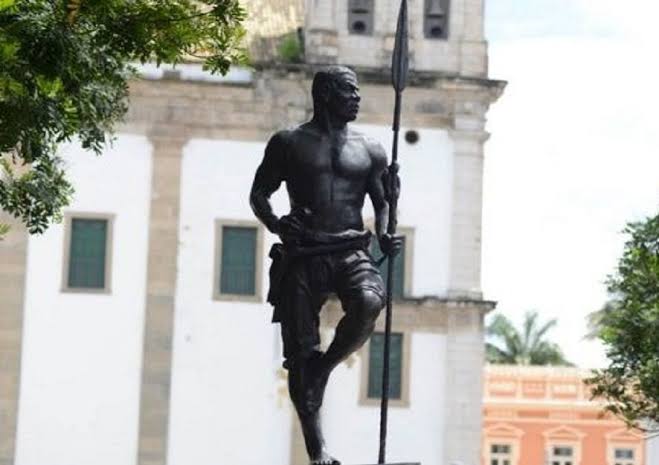 Nganga Nzumbi was an enslaved African who escaped bondage on a sugar plantation and eventually rose to the position of highest authority within the kingdom of Palmares, and then earned the title of Ganga Zumba. Although some Portuguese documents regard Ganga Zumba as his proper name, and this name is widely used today, the most important of the documents translates the name as “Great Lord.” In Kikongo, nganga a nzumbi was “the priest responsible for the spiritual defense of the community” which was a kilombo or military settlement made up multiple groups.

With his name Engraved into history as a warrior and freedom fighter who played a key role; in the contemporary struggle of the Brazilian Black Movement; Ganga Zumba is remembered for his actions and struggles and forming the alliance of “independent settlements”– Quilombo dos Palmares– that was the fulcrum of  the history and contemporary struggle of the Afro Brazilians. 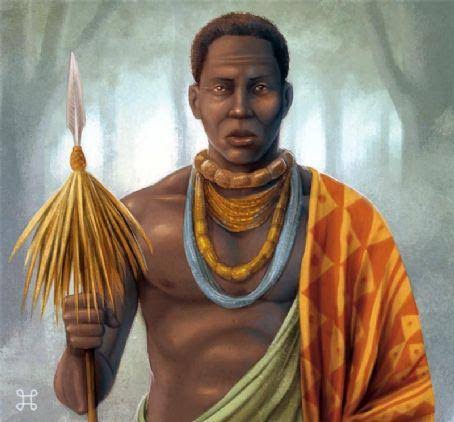 According to libertyAfrica, Quilombo dos Palmares is a town in northeastern Brazil that was formed by early Brazilian Africans; in the late 16th century as a form of resistance against European colonists and enslavers. It is located between the states of Alagoas and Pernambuco.

It is one of the first areas in the Americas where Black people, who had been taken to the New World as slaves, were able to achieve their liberation from slavery. The Black people of Quilombo fought against their enslavers, particularly the Portuguese; who were attempting to colonize Brazil, for nearly a hundred years.

Following these attacks against the enslavers, Zumba was crowned King of Quilombo in 1670. Despite repeated threats from the colonial authorities, Quilombo prospered as fugitive slaves organized themselves; into cooperatives that relied on subsistence agriculture, trade, and collective land ownership. And it is primarily due to the leadership of Zumba that all of this has been possible.

Ganga Zumba, The Son Of A Princess

Ganga Zumba, who was thought to be a Kongo royal, was the son of Princess Aqualtune Ezgondidu Mahamud da Silva Santos (daughter of a Kongo monarch); and was most likely kidnapped after the Battle of Mbwila, in which Portugal defeated the Kingdom of Kongo. The Portuguese sold Zumba, his siblings, and a large number of other nobility captured after the war; to the Santa Rita Plantation in Portugal’s province of Pernambuco, where they were raised as slaves (Northeast Brazil). 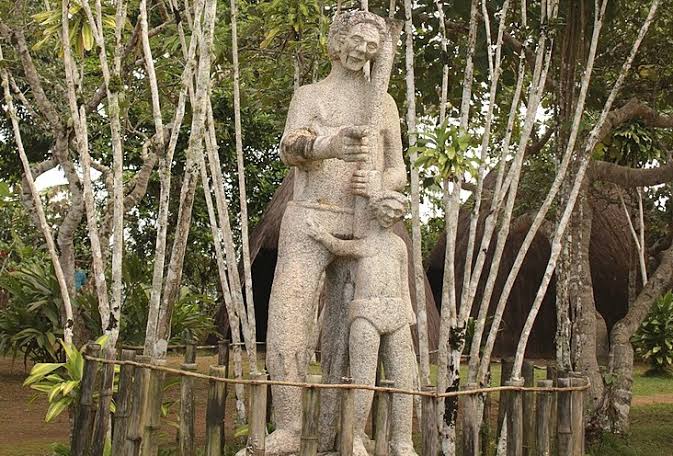 However, because he was an African royal, Zumba, after a few years, refused to be sold into slavery and fled to the city of Palmares with his family. While still it was still  a Mocambo (village-sized communities of runaway slaves in colonial Brazil); Palmares grew in size alongside other mocambos as enslaved Africans continued to flee.

The enslaved eventually banded together to establish what has been described as; “a confederation of communities,” which came to be known as Quilombo dos Palmares (Quilombo of the Palms). Zumba was then elevated to the position of king over the alliance and bestowed with the title; “Ganga Zumba,” which translates as “Great Lord”

Zumba established Cerro dos Macacos as the headquarters of the alliance; with his troops serving as leaders of neighboring towns. Zumba declared Macaco the administrative center for the alliance that had been formed.

According to historical records, during the 1670s, Macaco possessed a palace and 1,500 buildings; which served as residences for Zumba’s armed guards; ministers, dedicated people, and family, which included his three wives, among others. 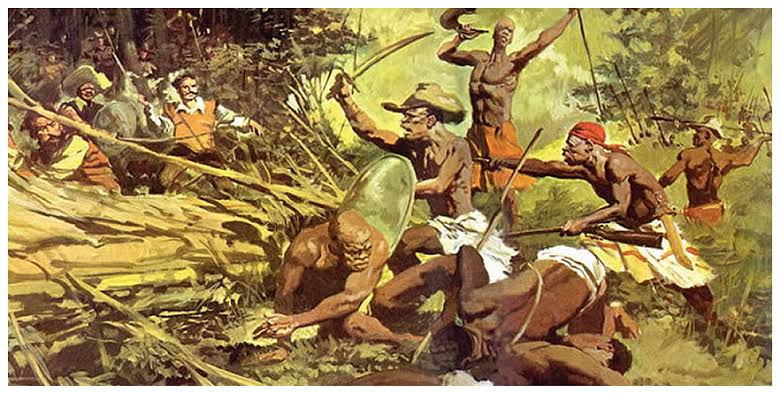 In the following years, Ganga  Zumba and his armies of former enslaved people would assist in the rescue of other enslaved Africans; from the plantations and transport them to Palmares territory, all the while fending off European attacks.

Sadly, two of Zumba’s children were taken prisoner and another was slain during a war in 1677, but the children were not the only ones who suffered. In the course of the attack, Zumba himself was wounded, and he was compelled to accept a peace treaty offered by the governor of the state of Pernambuco. In exchange for signing the peace pact, he agreed to relocate his Palmares alliance to the Cuca Valley.

Moving to Cuca Valley meant that Zumba and his people would be closer to the colonial authority, and though Zumba welcomed the notion; his nephew Zumbi opposed it and mounted a coup against him in 1678, bringing the colonial government to its knees.

Later in the year, Zumba was poisoned, it is speculated that it was by members of Zumbi’s family who were opposed to his treaty with the Portuguese authorities.