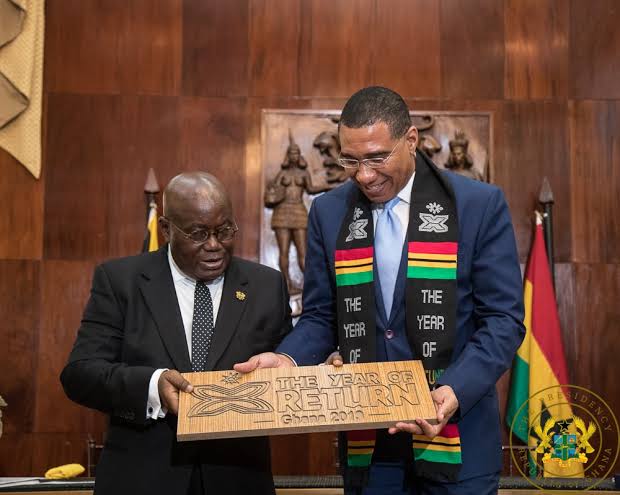 Ghana made history this year with its 2019 year of return project. Ghana is Known for giant steps in reconnecting people of African descent. And as such, Ghana is making money moves too.

Through activities of the “Year of Return”, a total of $1.9 billion was generated. And the activities that have contributed to this figure include air travel, hotel accommodation, transport fares. And other key entertainment events.

The Minister of Tourism, Arts and Culture. Mrs Barbara Oteng-Gyasi, said the “Year of Return” programme had brought an increase of over 200,000 in arrivals into the country.

The “Year of Return” is a year-long event. To mark the return of the descendants of the first enslaved Africans from James Town in Accra to James town in Virginia in the United States of America (USA).

Mrs Oteng-Gyasi said the “Year of Return” had been largely successful. As such establishing Ghana as a preferred destination for the global African family.

According to the minister, the memorial garden and tourist centre at Anomabo was part of the social impact and community development project. As part of the of the ‘Year of Return’ program. Local businesses are expected to be invigorated.

She thus urged the community to take full advantage of it. Therefore, Mrs Oteng-Gyasi said the government was working hard to ensure that the country derived optimum benefits from the sector. So as to accelerate development of Anomabo and indeed the country at large.

As part of the year long “Year of Return”, the president of Ghana, Nana Addo Dankwa Akufo-Addo, granted citizenship to 126 diasporans. The Diasporans who have been residing in the West African nation for several years.

Ghana became the first African country to officially open its doors to people of African descent. In the year 2000.

Over 3,000 African-Americans and people of Caribbean descent are living in Ghana. As of the year 2014.

‘Year of Return’ Secretariat indicated that its data for the first nine months of 2019 showed 80,862 more arrivals. From USA, UK and other key target nations than the figure recorded the previous year.