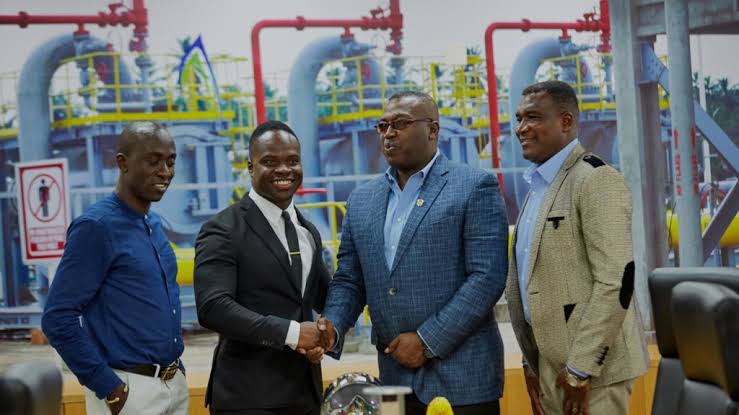 The Chief Executive Officer of Ghana Gas Company Limited, Dr. Ben Asante has disclosed to reporters; that the Ghana Gas company has been saving $3.5 million each month since its decision to replace Chinese engineers with Ghanaian engineers was implemented.

Initially, the technical operations of the Gas company’s plant which is located in Western Region of Ghana; was run by about 50 Chinese nationals who continually received exorbitant amounts from the state.

However, In a bid to deal with the excessive cost of managing these Chinese technicians; a consultation was held on the issue with necessary authorities which resulted in the tough but necessary replacement decision.

The Gas company then recruited and trained 50 Ghanaian engineers to take up the task; the CEO revealed during a recent tour at the facility that Ghana gas has successfully replaced all 50 Chinese expatriate staff.

Describing the performance of the locals so far, the CEO said; “they are brilliant and so far we have not had any incidents at the plant”. He is Highly optimistic that, they will maintain the efficiency moving forward.

The CEO also stated that there was some scepticism when the idea was initially considered, given that there had been an accident earlier at a VRA plant, and disclosed that notwithstanding, the initiative was pushed through.

Incorporated in July 2011, The Ghana National Gas Company, is the nation’s premier gas business company; and is responsible for producing and prospecting lean gas, condensate, LPG and plays a key role in the nation’s industrial sector.

The Atuabo plant Through its subterranean pipelines, supplies gas to the VRA’s Aboadze thermal plant and; therefore, plays a huge role in the country’s power supply system.