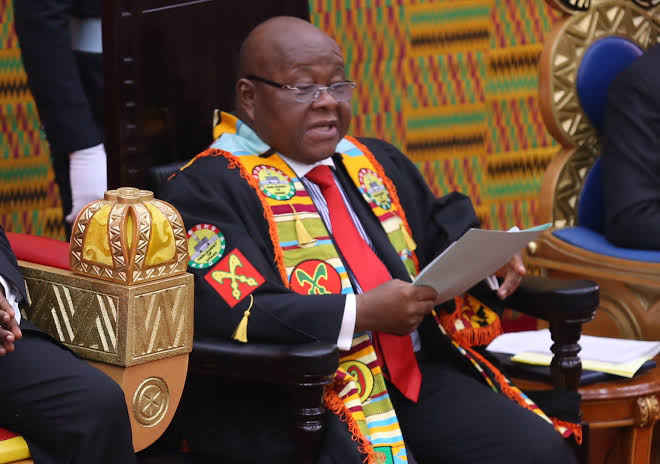 Homosexuality has been a topic of huge debate in Africa. As Most of the countries in Africa penalize homosexuality despite the growing influence and seeming acceptance of the LGBTQ world. Homosexuality is still frowned on as a taboo even traditionally in Africa. However, there is a seeming pressure from the west on Africa; for African governments to recognize and legalize same sex marriages.

As a result, The current speaker of Ghana’s parliament, Professor Mike Oquaye, has called on the World Bank and the developed world to recognize the unique values of the much cherished African culture.

In a conversation with the World Bank country director, Pierre Frank Laporte, the speaker posited that; “The World Bank should dissociate itself from some of this modern reinterpretation of human rights and with special reference to Africa’s own conceptualization, for example, gay rights.

His comment came as a result of the evolving demand for the acceptance of gay lifestyle; as the basis for the qualification for aid and other supports from the developed world and the world bank. In his words, the very vocal speaker further added that; “If we don’t like it, respect our view and don’t link it to aid, assistance, economic development because they have nothing to do with that”.

He stated that there are more pressing issues to be addressed and it is only right to focus on them. He equally mentioned that; when diseases like AIDS spread in Africa, we are not able to better handle it like the way they do in the developed world.

Moreover, a new research on the topic of homosexuality; which is considered to be the most comprehensive of all, reported after studying the DNA of nearly half a million people with varying sexual experiences that; there is no evidence of a single “gay gene.”

That being established, the big question then is; must a people be forced to practice what their culture abhors just to satisfy others?

We previously reported that, a well-known US LGBTQIA+ activist, Deray McKesson visited Ghana. His visit was to observe the “Year of Return.” An initiative of the government of Ghana; that is intended to encourage African Diasporas to come to Africa (specifically Ghana) to settle and invest.

Deray McKesson stated on his social media platforms that he met with a tiny group of LGBTQ activists in Ghana. To “learn more about their work and to brainstorm pathways of collaboration”.