A lot of details about the Trans-Atlantic Slave Trade have been swept under the carpet that they will probably remain undiscovered for a very long time. Victims of the slave trade era went through disheartening ordeals, some of which are better left untold. 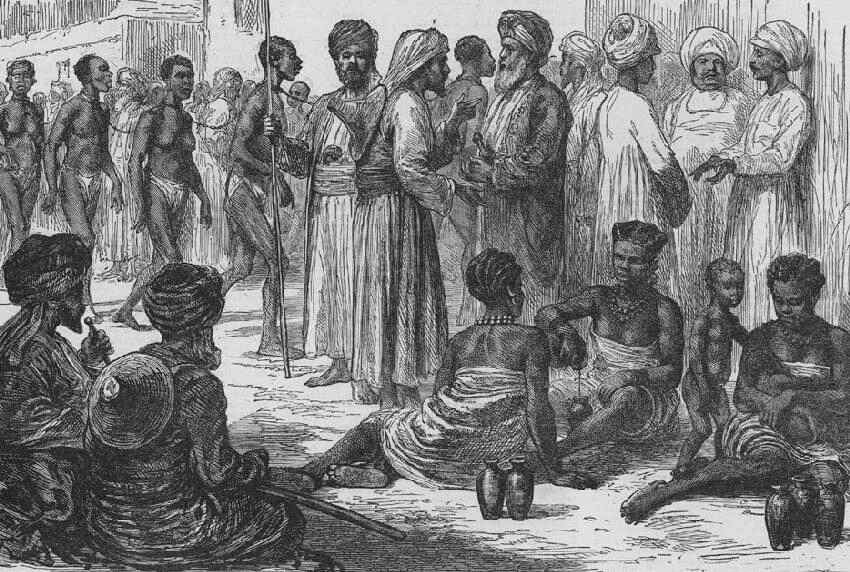 As soon as the Arabs took control of these areas they began capturing young boys and girls to sell in Egypt as slaves or taken across the Indian Ocean to countries like China, India, and Indonesia. The turn of the tenth century saw a geometric increase in the demand for African slaves to be used as plantation hands, sex slaves, warriors, and domestic slaves. Consequently, a total of 5,000 slaves were shipped out of Africa.

The slaves were beaten and chained together, just as it was practiced in the Trans-Atlantic Slave Trade. They had to walk through the desert for long periods from East and West Africa to be sold in Egypt and Zanzibar. Hundreds of them fell sick or got injured in the desert and most of them couldn’t survive the ordeal, they died or were killed brutally by their masters.

By the thirteenth century, there was a higher demand for male slaves which caused their price to triple the price of females in most cases. Most masters preferred castrated males because they believed they were more efficient and they were not a threat as they couldn’t have sexual relations with their wives or concubines.

Boys between the ages of 9 and 12 were castrated because they were able to survive the process better than adults or young adolescents. Despite these facts, so many boys died from the extremely painful process. The castration process required the testicles being removed but in certain cases, the penis was cut off altogether.

Castrated boys became the most valuable on the market and the death of any was a great loss to the master. Many of those who survived went on to become prestigious members or the society as some became Eunuchs and others joined the army. A couple of them after serving royals for a protracted period became members of the royal courts.

The Arab Slave Trade went on for about 700 years before the commencement of the Trans-Atlantic Slave Trade and in some places, it lasted till 1981.