He Is Planted Not Buried: The Zulu Funeral Rites Of Late King Zwelithini 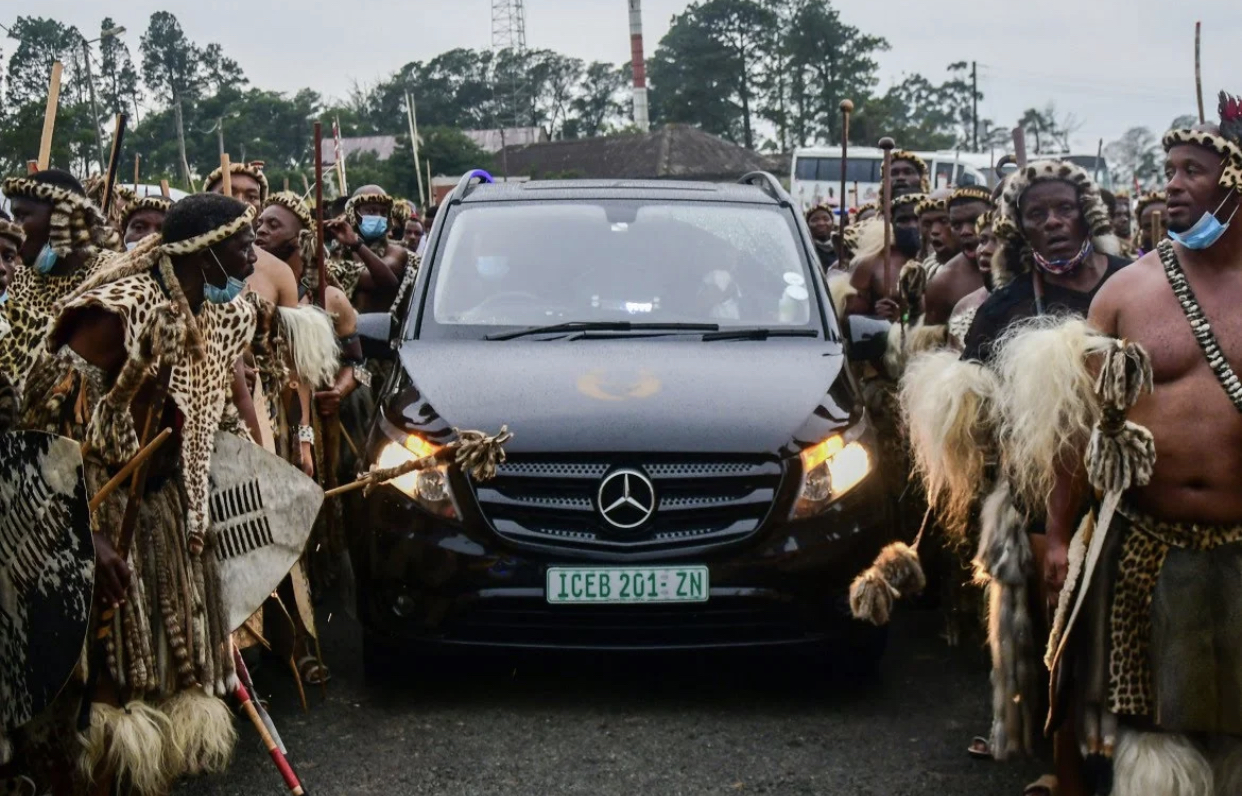 The Eight King Of the Zulus, King Zwelithini who died on the 12th of March at the age of 72 has been “Planted”; According to the Zulu Funeral Traditions, a king is not buried but planted in a secret ceremony. 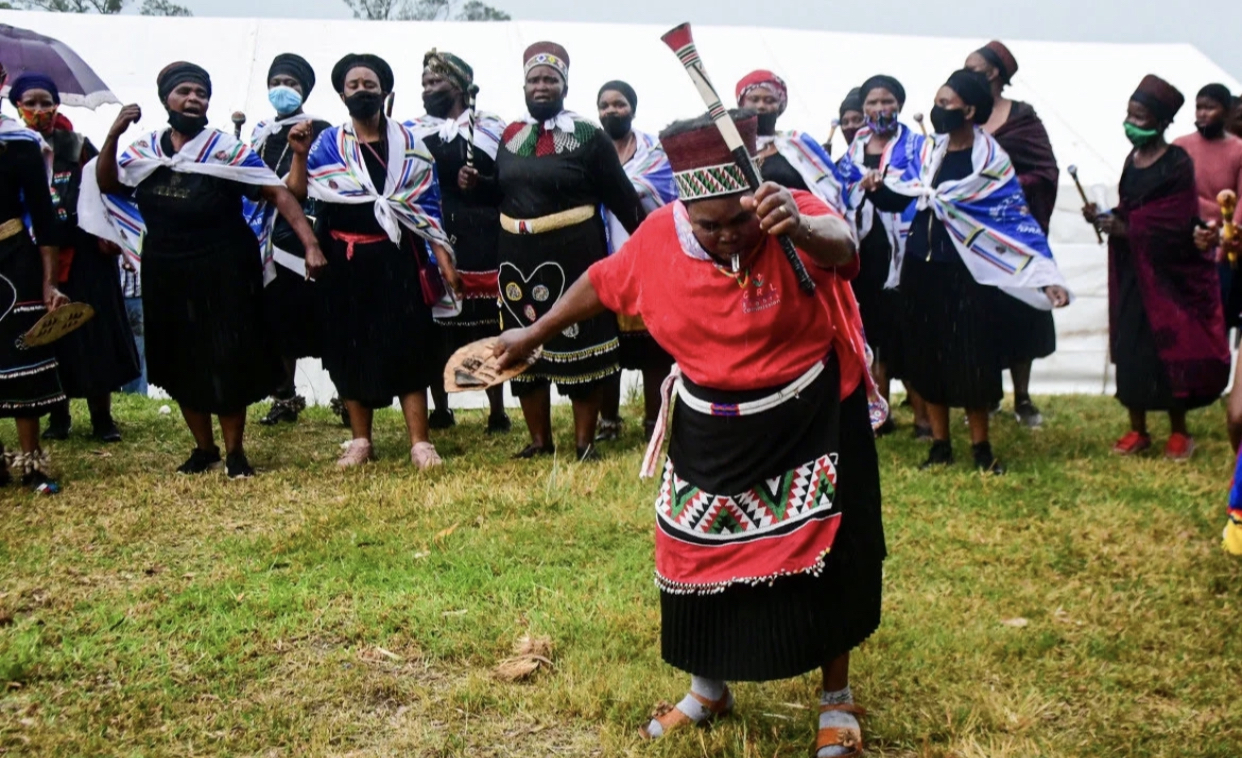 Although the “planting” ceremony is secret, the funeral is marked by dancing, song, and eulogies for the late king, exposing the world to an incredible funeral tradition of the Zulu Culture. 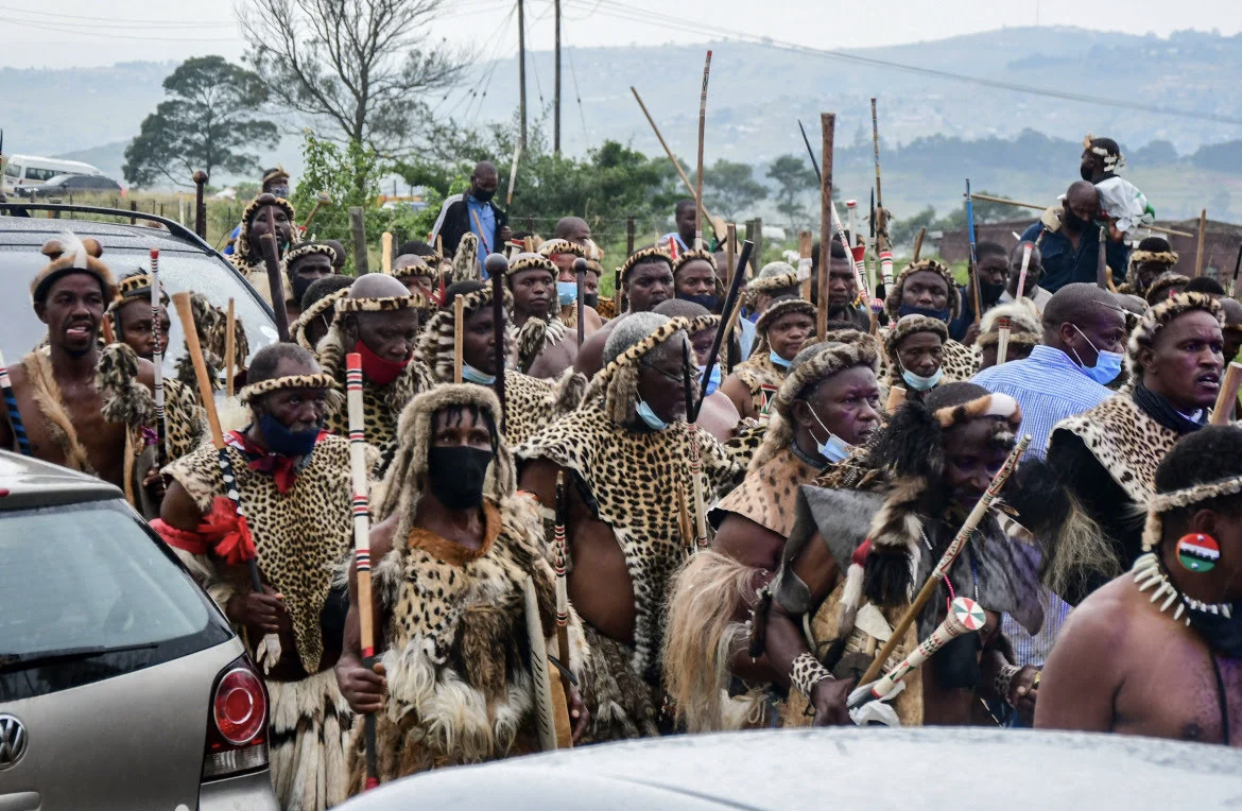 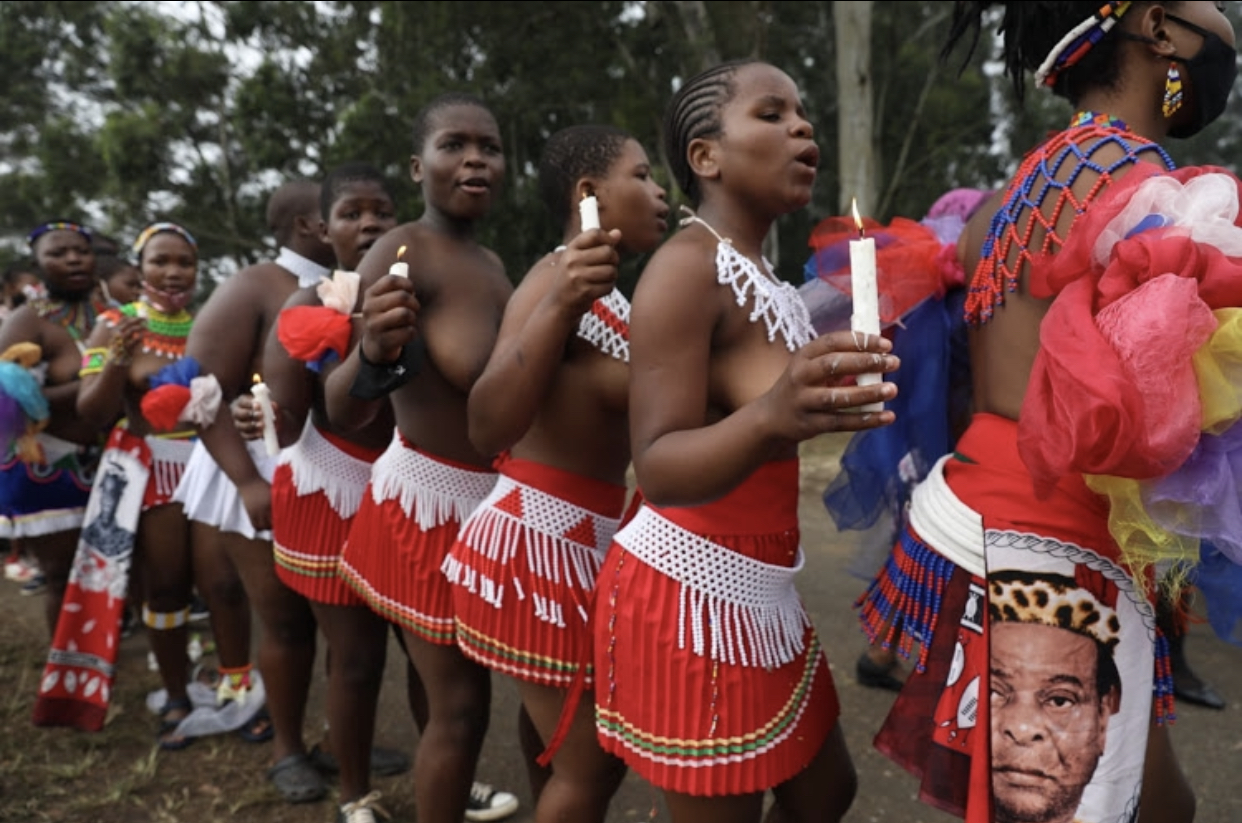 The sights and sounds of the zulu culture is just a breathtaking sight to behold. Bare-breasted women in elaborate necklaces and headbands sang by and danced; as they paraded through the small town to the palace several kilometres away, joining mourners as they accompany the body of their late king.

From the crown of their heads to the feet, one will not miss the heavy sounds their ornaments produce. And men donning leopard skin are not left out. They chant, sing and dance.

“As our king has passed away we are crying. We don’t know where are going to go. The sun has gone down because our king was everything to us, each and everything. He was always saying ‘my people have to come first”, traditional healer, Michael Andile Dlamini said.

The procession accompanies the body of the Zulu King, Zwelithini, the late leader of South Africa’s largest ethnic group to the royal palace. It’s another journey ahead of his burial. 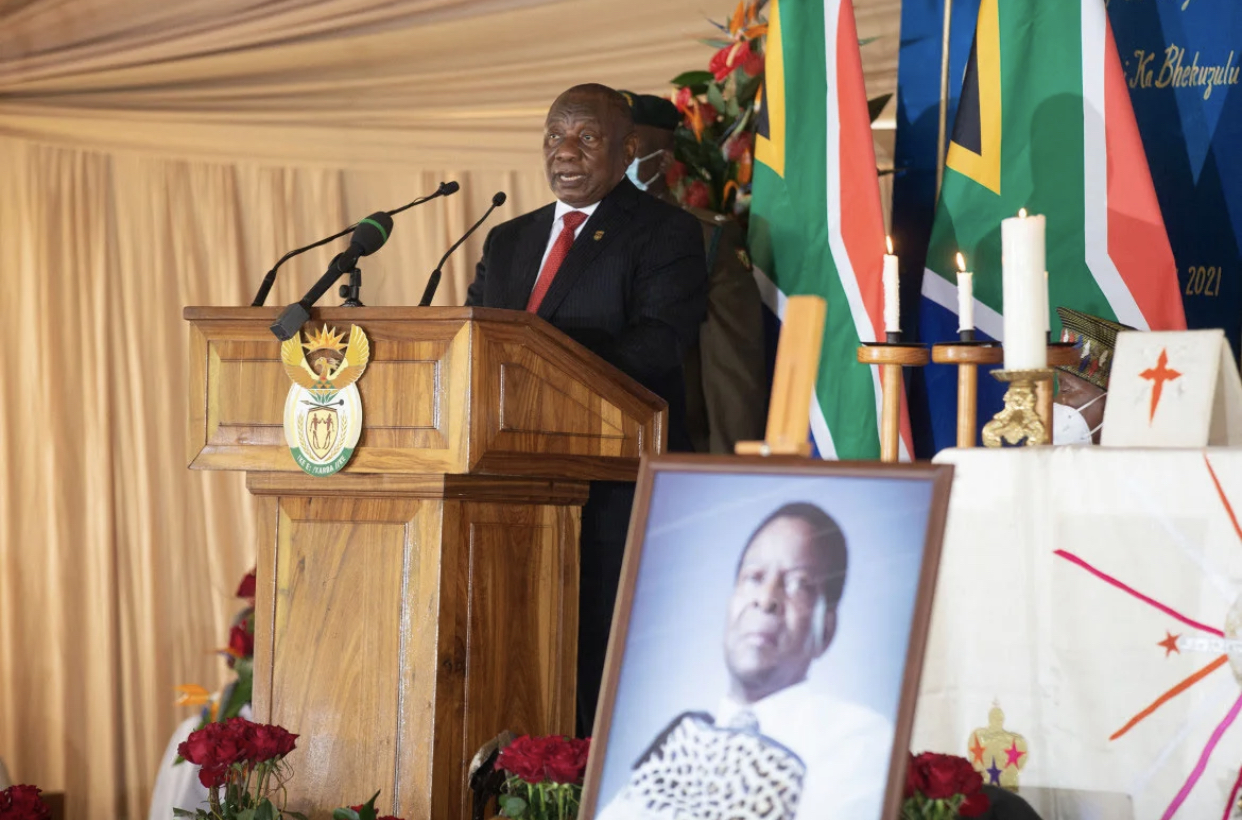 Zwelithini’s body will later be moved to a freshly built grass hut outside the main house before burial; the intimate ceremony, to be conducted behind closed doors by a select few men and referred to as a “ukutshalwa kweNkosi”