How A Cameroonian mom, Mireille Ndjomouo, Died In A Canadian Hospital Two Days After Accusing Staff Of Trying To Kill Her 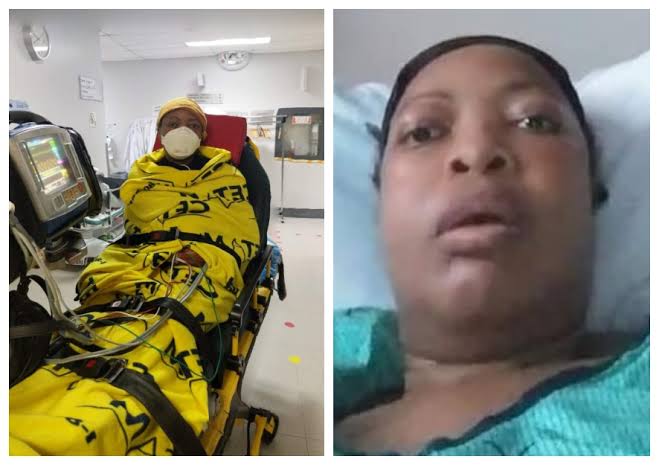 Mireille Ndjomouo entered Charles-Le Moyne Hospital on March 1 complaining of hip pain. She was placed in isolation because there was a concern that she had tuberculosis. It seemed all was not going well concerning her treatment as she later made a call for help video. She said in the video that was injected with penicillin even though staff knew “full well that I am allergic.”

In the video, Ndjomouo’s face is swollen and her breathing laboured; she said her belly was swollen, she was in great pain and had a head-to-toe rash.

“It is as if they are killing me bit by bit,” she said, imploring members of the Cameroonian community to share the video on social media. “I am asking the doctor to transfer me to another hospital, where I would be better followed, but he doesn’t want to.”

After her video was posted on Facebook the morning of March 7, several members of the Cameroonian community; went to the hospital on Ndjomouo’s behalf, said Kingne Wekouo; that evening she was transferred to the Jewish General Hospital.

The spokesperson for Mireille Ndjomouo’s family says it is too early to know whether racism; negligence or error played a role in the death of the 44-year-old Cameroonian refugee and mother of three who begged; in a heart-wrenching video made from from a Longueuil hospital bed, to be transferred to another institution.

“But we want answers,” Montreal lawyer Aric Jackson Kingne Wekouo said on Sunday. “We want to know what happened, why she was not transferred when she asked to be transferred.”

The mother of three passed away on March 9 after she was diagnosed with lymphoma the same day. That was two days after she shared the video. Besides the Quebec coroner’s office announcing they were going to investigate the circumstances surrounding her death; a spokesperson for CISSS de la Montérégie-Centre, the health authority that oversees Charles-Le Moyne, also said the institution’s quality management service had been directed “to examine the situation,” the Montreal Gazette reported.

The circumstances of Ndjomouo’s death will be the subject of an inquiry by the Quebec coroner’s office, it was announced Friday.