How Ancient Nubians Defeated The Persians 1400 Years Ago 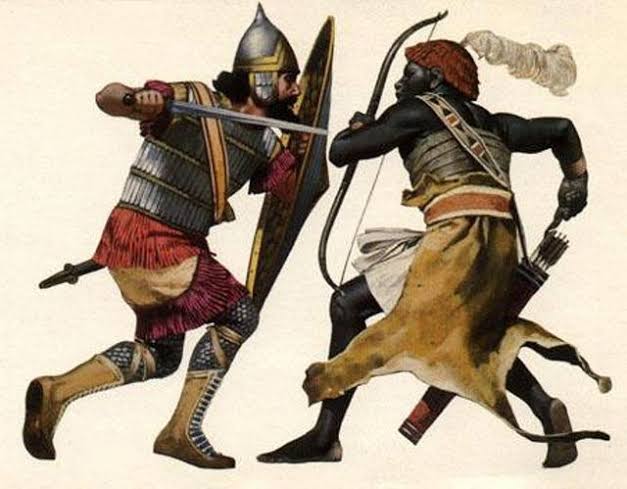 There are several ancient kingdoms and people of Africa whose influence, strength and valor was felt in several continents of the world. One of such kingdoms are the people who live by the Nile. A people who battled the Romans, ruled Egypt as pharaohs and constructed vast fields of pyramids. They are the Nubians, home to the kingdom of “Kush” and they are not a “lost civilization”; but rather a people who are with us today, based in what is now Sudan and southern Egypt. They are the ancient people of a land known as Nubia, originating from the early inhabitants of the central Nile valley; believed to be one of the earliest cradles of civilization. 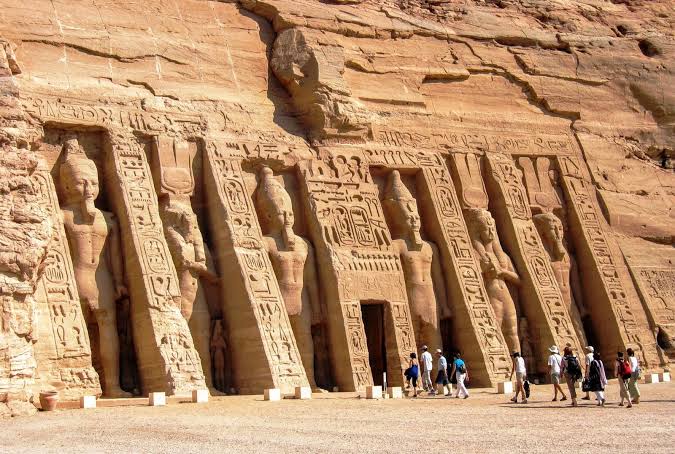 Nubia’s trade links with Egypt led to Egypt’s domination over Nubia during the New Kingdom period. The emergence of the Kingdom of Meroe in the 8th century BC led to Egypt being under the control of Nubian rulers for a century; although they preserved many Egyptian cultural traditions. Nubian kings were considered pious scholars and patrons of the arts; copying ancient Egyptian texts and even restoring some Egyptian cultural practices.  After this, Egypt’s influence declined greatly. Meroe became the centre of power for Nubia and cultural links with sub-Saharan Africa gained greater influence.

In ancient times, some of their rulers were woman who were sometimes referred to in ancient texts as; “Candaces” or “Kandakes”, one of which is the one eyed Amanirenas. Archaeologists have found carved images of them revealing that they sometimes liked to be depicted overweight.

Nubian hunters and warriors excelled as archers, and their weapon became a symbol for Nubia. “Land of the Bow” is the meaning of Ta-Seti, an ancient Egyptian term used to denote Nubia for thousands of years in antiquity. Also, the skill of Nubian archers made them valued members in the military forces of other lands; and also helped them in defeating their enemies.

When The Persians Tried To invade The Nubians

One of the notable battles of the Nubians, is the Nubian/Persian war. According to Herodotus, Cambyses II of Persia invaded Egypt because of an insult by the Egyptian pharaoh Amassis of the 26th Dynasty. Cambyses wrote to Amassis asking for one of his daughters as a wife; but Amassis, not wishing to comply, sent the daughter of his predecessor Apries. The young woman was insulted by this decision – especially since it was tradition that Egyptian women were not given to foreign kings; and, when she arrived at Cambyses’ court, she revealed her true identity. Cambyses accused Amassis of sending him a ‘fake wife’ and mobilized his troops to invade Egypt.

In his quest to conquer the flourishing land of Nubia, Cambyses launched a campaign against Nubia; as he founded a trade center at the first cataract of the Nile,  garrisoned with troops, which became an important point of cultural exchange between Egyptian, Nubian, and Persian merchants and soldiers. It seemed Cambyses’ goal was to conquer the wealthy Nubian city of Meroe, but having reached Nubia; he was met with the fierce warriors and resistance from the Nubians, accepting his defeat and seeing no other way around the battle; he turned around and headed back for Egypt.

The Arabs Defeated too

And later when the land of Nubia embraced Christianity, Christian Nubia defeated the invading Arab armies; on three different occasions resulting in the 600 year peace treaty of Baqt, the longest lasting treaty in history. The fall of the kingdom of Christian Nubia occurred in the early 1500s resulting in full Islamization and reunification with Egypt under the Ottoman Empire; the Muhammad Ali dynasty, and British colonial rule. After the 1956 independence of Sudan from Egypt, Nubia and the Nubian people became divided between Southern Egypt and Northern Sudan.

Beginning in the eighth century, Islam arrived in Nubia, though Christians and Muslims (primarily Arab merchants at this period) lived peacefully together. Over time, the Nubians gradually converted to Islam, beginning with the Nubian elite. Islam was mainly spread via Sufi preachers that settled in Nubia in the late 14th century onwards. By the sixteenth century, most of the Nubians were Muslim.