One of the most painful and horrific assassinations in the history of Africa occurred in Congo. The people of Congo experienced all sorts of harrowing experiences and torture. The one man who stood up for his people, the one time prime minister of Congo, Patrice Lumumba was wickedly killed by the Belgian government and till date, the real perpetrators are enjoying their lives.

Patrice Emery Lumumba was born on 2 July 1925, at Onalua village near the Katako-Kombe Town in the Sankuru district of north-eastern Kasai, Congo (modern day the Democratic Republic of Congo).

Lumumba was intelligent and used to ask too many problematic questions.

Lumumba was ambitious and aimed for social mobility, predominantly to form part of the “evolue”, the upper strata of the middle class; the highest-level indigenous Congolese could attain in the Belgian colony.

Lumumba was inspired by the independence movement of Africa after attending the All-African Peoples’ Conference in Ghana in 1958. This spurred him on to organise nationalist rallies in his country resulting in deadly protests that got him arrested and later released to negotiate Congo’s independence.

He led the Democratic Republic of Congo to independence on June 30, 1960, after the country was passed on from King Leopold II, who took control of it as his private property in the 1880s, to Belgium in 1908 as a colony.

An outraged Patrice Lumumba gave a damning speechhighlighting “humiliating slavery, which was imposed upon us by force.” This heightened Belgium’s disinterest in Lumumba whose government was already being opposed by his political rival and president Joseph Kasavubu.

By September, the Congolese President Kasavubu dismissed Lumumba as Prime Minister after receiving a telegram from Belgian Prime Minister Gaston Eyskens. Lumumba also declared Kasavubu deposed. This ushered in the takeover by army chief Colonel Mobutu Sese Seko who placed Lumumba under house arrest and guarded by his troops and the United Nations troops.

Lumumba escaped in late November with his wife and baby son hidden in the back of a car leaving his residence. They headed towards the east where he had loyal followers in Kisangani (then Stanleyville). He engaged villagers on his way and on the evening of December 2 as they waited for a ferry to cross the Sankuru River, Mobutu’s forces appeared.

He was captured and another plea to the United Nations to save him fell on deaf ears. He was flown to Léopoldville (now Kinshasa), where he was humiliated in public in the presence of journalists, UN officials and his wife, Pauline.

Mobutu ordered his detention at a military prison at Thysville, a hundred miles from Léopoldville. For six weeks, Lumumba was kept in cells and that’s where he wrote letters to the United Nations for help and to his wife to calm her nerves. 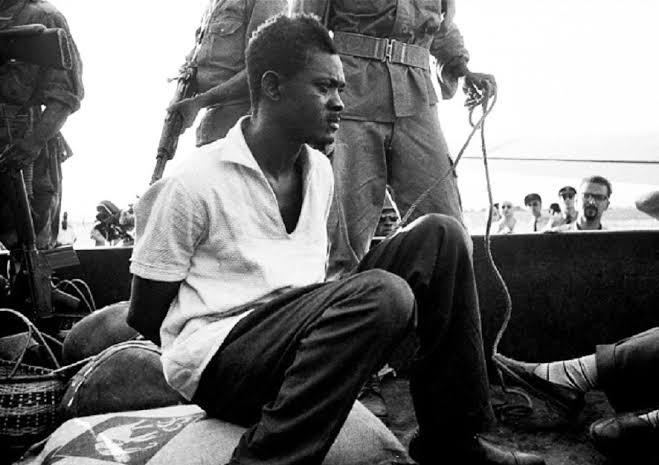 While Lumumba’s speeches from prison were creating confusion, Belgian Minister of African Affairs Harold d’Aspremont Lynden was putting pressure on the government to move him from Thysville where he could be freed by his supporters.

Lynden later insisted on Lumumba being transferred to Katanga despite a discussion by the Belgian parliament against the decision that will result in his death, cites Belgian sociologist and historian, Ludo De Witte, who made public the gory details of Lumumba’s death in a book published in Dutch in 1999.

Lumumba and his two former ministers were flown to Katanga on January 17 while being beaten so badly that the pilot warned the violence was threatening the flight, says De Witte.

By that evening, they were semi-conscious and had been visited by Katangese cabinet ministers and President Tshombe himself. Later around 10, a decision was taken on their fate and they were dragged from Villa Brouwe into a nearby bush where a firing squad awaited them.

The execution was commanded by Belgian Captain Julien Gat and Belgian Police Commissioner Frans Verschurre, who had overall command, discloses De Witte in his book based on documents he discovered in the Belgian archives. They were shot separately by a big tree as President Tshombe and two of his cabinet ministers looked on. The bodies were quickly thrown into shallow graves.

To conceal their crimes the next morning of January 18, the Interior Minister Godfried Munongo called a senior Belgian policeman, Gerard Soete, to his office and ordered that the bodies disappeared.

“You destroy them, you make them disappear. How you do it, it doesn’t interest me. All I want is that it happens that they disappear. Once it is done nobody will talk about it. Finished,” Soete recalled Munongo’s orders. 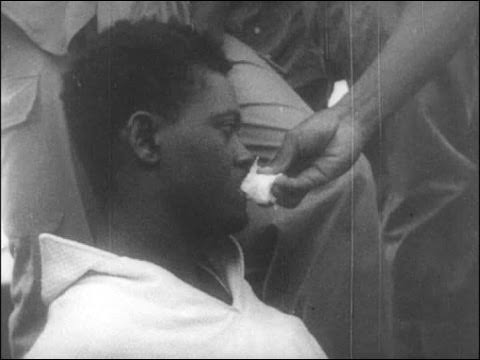 Soete said he and another helper exhumed the corpses and “hacked them in pieces and put them into the acid. As far as our acid because we had two bottles like that of acid, big bottles, but we hadn’t got enough so we burned what we could in those bottles. For the rest I know that my helper made a fire and put them in and we destroyed everything.

“We were there two days. We did things an animal wouldn’t do. And that’s why we were drunk, stone drunk. We couldn’t do things like that. Cut your own, your own – no, no, no. Nobody could say now, today, it’s there, it happened. That’s impossible, you couldn’t,” Soete was quoted in a BBC documentary, Who Killed Lumumba?, which aired in 2000 based on accounts from De Witte’s book published in English in June 2001.

“Dead, living, free, or in prison on the orders of the colonialists, it is not I who counts. It is the Congo, it is our people for whom independence has been transformed into a cage where we are regarded from the outside… History will one day have its say, but it will not be the history that Brussels, Paris, Washington, or the United Nations will teach, but that which they will teach in the countries emancipated from colonialism and its puppets… a history of glory and dignity.”