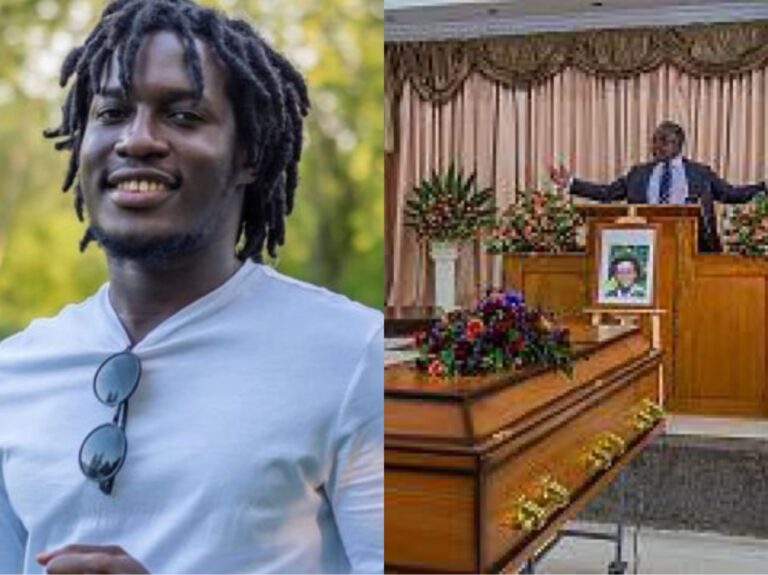 A memorial service for a Zambian student who died fighting for Russia in Ukraine was held in Lusaka on Tuesday, as Tanzania announced the passing of another student who was also recruited in a Russian prison.

Family members sobbed as they passed Lemekani Nyirenda’s casket at the Lusaka Baptist church, where the 23-year-old was a devoted member before departing for Russia to pursue a career in nuclear engineering.

While serving a nine and a half year sentence for a narcotics offense, the zambian student was recruited by Russia’s Wagner mercenary squad last year and dispatched to fight in Ukraine.

His death in September set off a diplomatic row, with Zambia pressing for a prompt response from the Kremlin.

Tuesday saw Tanzania reveal that Nemes Tarimo, another student who Wagner had also recruited in a prison, had been killed.

“When Tarimo was serving jail, he was given an opportunity to join the Russian army group called Wagner for payment and the promise that he would be freed after the war,” Tanzanian Foreign Minister Stergomena Tax said.

“Tarimo agreed and he was taken to Ukraine where he was killed on October 24.”

Illegal conscription of the Zambian Student and others

In recent months, men have been recruited from Russian prisons to fight on the front lines in Ukraine with the promise of reduced sentences and attractive fees.

Tarimo, who had been studying in Russia since 2020, was arrested in March 2022 and sentenced to a seven-year jail term for undisclosed reasons.

“It’s illegal for a Tanzanian national to join any foreign army,” added the foreign minister.

On Tuesday (Jan. 23), the zambian student’s father Edwin paid tribute to his son, saying he was a hard worker who helped set up a beehive business for the family.

Edwin Nyirenda told mourners his son had sought a part-time job and “started working as a courier” after posting an advert online when he got into trouble.

The two were last in touch at the end of August when Nyirenda told his father he would return home after going to fight in Ukraine.

Nyirenda’s body was repatriated in December and will be laid to rest in a private ceremony in Rufunsa, east of Lusaka, on Wednesday.

Funerals were delayed after some family members raised concerns that the remains might not belong to the student.

But doubts were dispelled by a DNA test, said family spokesman Ian Banda.

“There may be some parts missing but by and large we have the remains of Lemekhani,” Banda told journalists after the service.