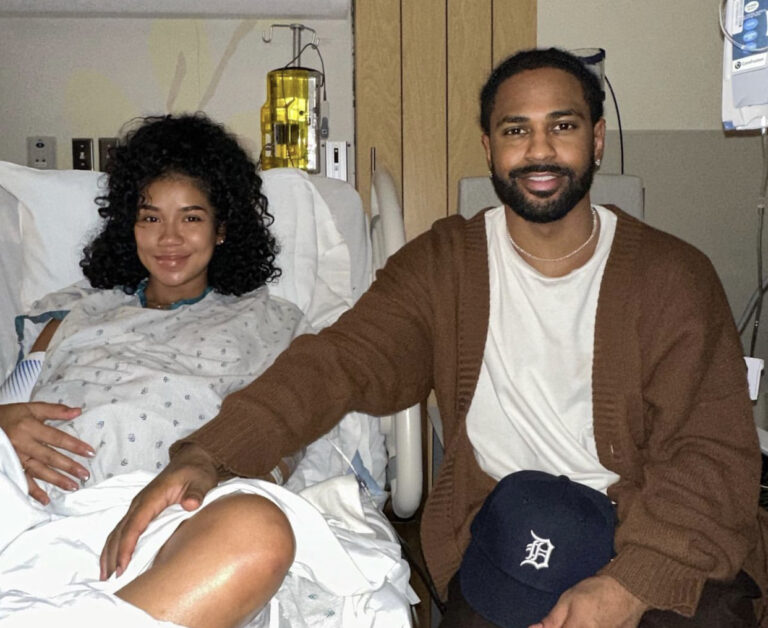 Congratulations to  r&b soul singer Jhené Aiko and her famous boyfriend Big Sean. The love birds finally announced the birth of their first child, which happened earlier this month.

Jhené shared a photo carousel of herself from a hospital bed on Instagram to announce the happy news. She gave birth to her son Noah Hasani in the maternity ward in front of her daughter Nami, her son Sean, and her extended family. The mother of two published pictures of herself holding the newborn Noah!

After 24 hours of labor, a total lunar eclipse, and while it was pouring rain… he came

“After 24 hours of Labor, A Lunar Eclipse, with rain from the beginning of labor til he was born, he’s here safe and sound. Happy, Healthy and everything we could ever ask for and more. Any and everything for you Son.

Noah Hasani is the first child of Jhene Aiko and Big Sean. Jhene has one daughter, Nami, from a previous relationship. Congratulations to them!