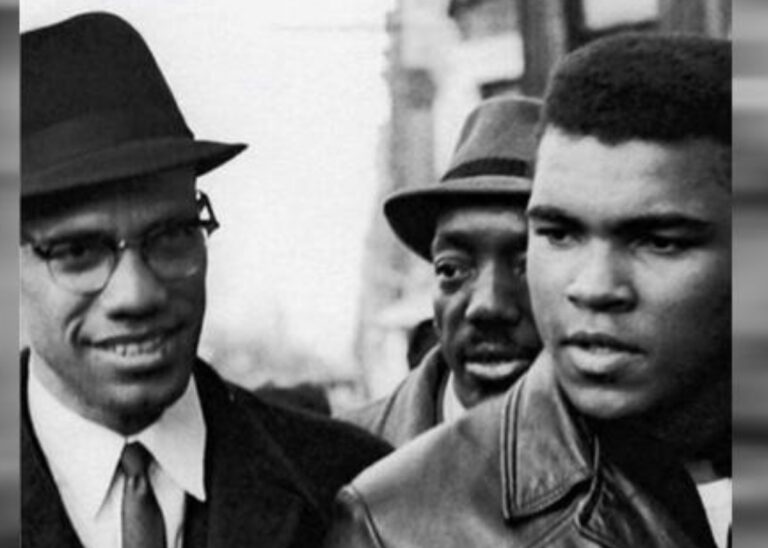 Janell Pearson tells the story of Pleas Tusant Pearson, the man who started the Harlem movement, in an in-depth examination of the man in the middle of history that also took to the front lines.

Janell says that she created this memoir for those who are asking “Who is that man between Muhammad Ali and Malcolm X?” Many may be familiar with this photo seen in the National Civil Rights Museum, various African American museums, documentaries, publications, and websites. Now it’s time for Plĕas Tusant Pearson’s story to be told.

The publication unravels the life of Harlem’s own influencer during the civil rights movement. Highlights of Pearson’s earlier years, his parent’s influence on his journey, and the impact he left on the community will be mentioned.

Blacknews reports that, For The Strength of Harlem notes that Pearson had political influence as well. Janell states, “Two presidents of the United States sons Franklin D. Roosevelt Jr. and Vice President son, John David Rockefeller Jr. reached out to him for his support.”

The memoir is essential to history as it shares the story of who was fighting for Harlem during the ’50s and ’60s. Janell Pearson shares the story of her dad being an unsung hero for racial justice, which included founding a movement to end discrimination against Black construction workers in Harlem at the same time.
Janell mentions the severity of the racial discrimination that inspired the entrepreneur to own a private limousine service that provided service to the Apollo Theater celebrities due to yellow cabs avoiding Harlem.
In his later years, he was a renowned chef and appeared as a guest on a major network show. Pearson’s tenacity and passions are remembered though out this memoir.

The entrepreneur and author is an esteemed multi-award winner and recognized for her work by Dorothy Irene Height of the NCNW (National Council of Negro Women) and Dorothy Pittman Hughes Honorable Black historical leader and Co-Founder of Ms. Magazine. Janell Pearson felt it was vital for her to write this book on her father, Plĕas (pronounced Plez) Tusant Pearson. He was a community activist and serial entrepreneur, and his contribution is still relevant today, along with the Civil Rights and the Black Lives Matter Movements.