Indiana judge rules that Vauhxx Booker, a Black man who was a victim of a lynching attempt can no longer have a public defender 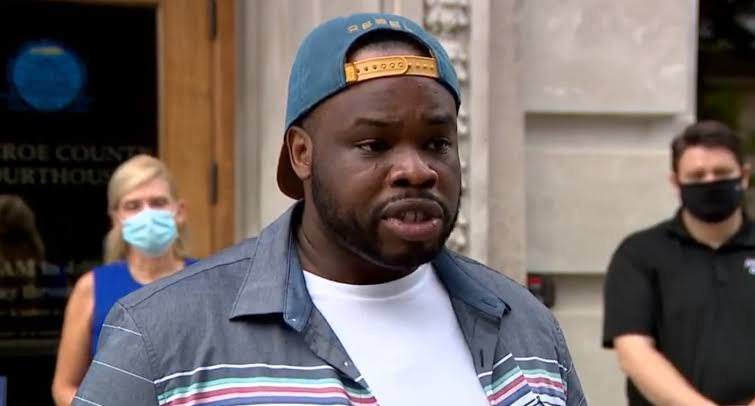 A judge in Indiana has ruled that Vauhxx Booker, a Black man who was a victim and charged in a lynching attempt at Lake Monroe; can no longer retain representation from a public defender.

The lynching incident occurred during Independence Day weekend in 2020 at the height of the Black Lives Matter protests movement. Vauhxx Booker had called the police, reporting that  five white men assaulted him and pinned him against a tree at the lake south of Bloomington. Booker said the men accused him of trespassing, and the situation got physical after Booker apologized.

He added the men threatened to break his arms. One said, “Get a noose,” while telling friends to leave the area. Witnesses with Booker said they heard the men call them racial slurs for a noose; cell phone footageof the incident was widely spread online.

Only two of the men involved in the incident, Sean Purdy and Jerry Cox II; were charged in connection with the incident. The FBI said it was investigating Booker’s attack as a hate crime but hasn’t released an update since. The Indiana Department of Natural Resources, which responded to the reported assault, suggested everyone involved be charged, according to The Guardian.

Booker, who is still facing charges, has received more than $36,000 in donations through a GoFundMepage following the altercation and his arrest. During a hearing, Booker said he was unemployed and had less than $500 in savings; and was granted a public defender by Hamner.

However, earlier this month, the public defender’s office filed a motion saying Booker; “may not meet the definition of indigency needed for a public defender,” and the judge agreed.

According to the state’s website, for a person to request a public defendant, a person must tell the judge he or she cannot afford to hire an attorney and provide the court with details about his or her financial situation to demonstrate financial need.

Booker’s GoFundMe page was started by his friend Ashley Cranor. He can now request the court review the decision, hire his own attorney, or represent himself.