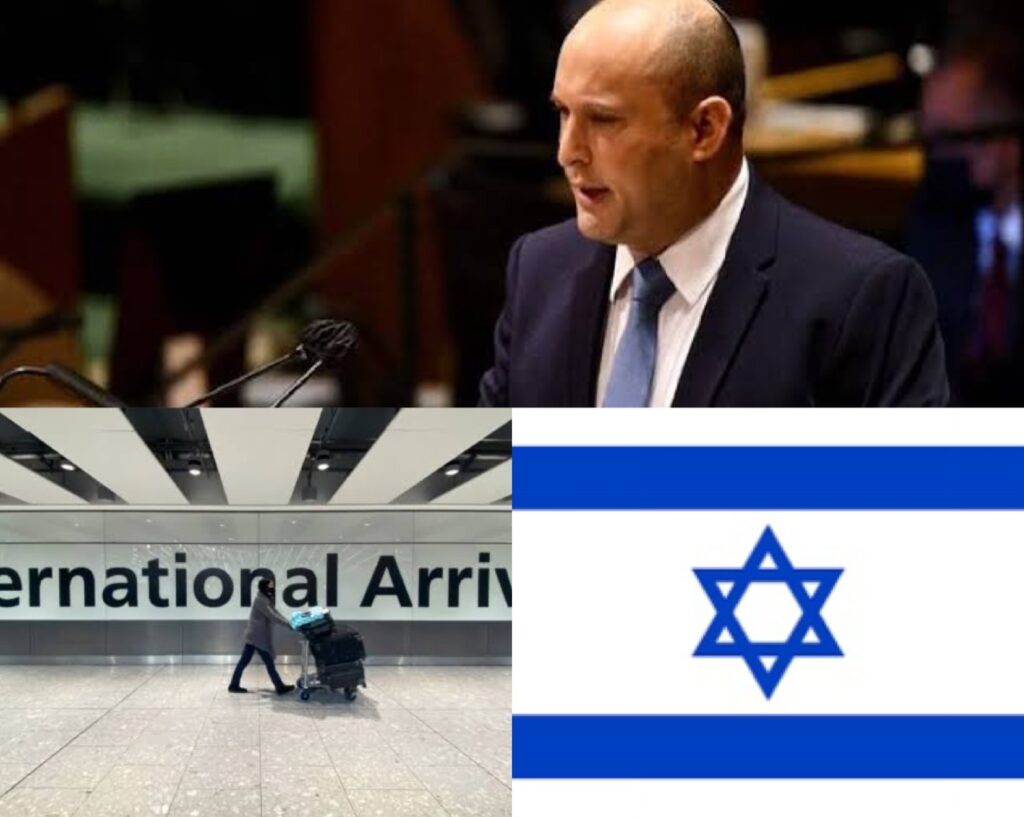 Omicron, the latest strain of the Coronavirus was detected last week in South Africa and following the detection; in a move that reeks of racism, Israel has gone ahead to bar travel from all African countries with the exception of countries in North Africa.
All African nations, except those in North Africa, were added to Israel’s “red list” of high-risk countries.

“All African countries… with the exception of North Africa are red-listed, and all Israelis returning from these countries must adhere to a scrupulous quarantine,”; including those who arrived in the past two weeks, Israel’s prime minister Bennett said.

“We are currently on the verge of a state of emergency”; he said in a live address, adding that the B.1.1.529 variant had; “arrived at a very complicated time,” coinciding with the Hanukkah vacation when children, mostly unvaccinated, are out of school.

Israel reported several cases earlier on Friday, including at least person who had already received a vaccine booster shot.

This travel ban has left a sour taste in the mouths of a lot of Africans and the African Diaspora. 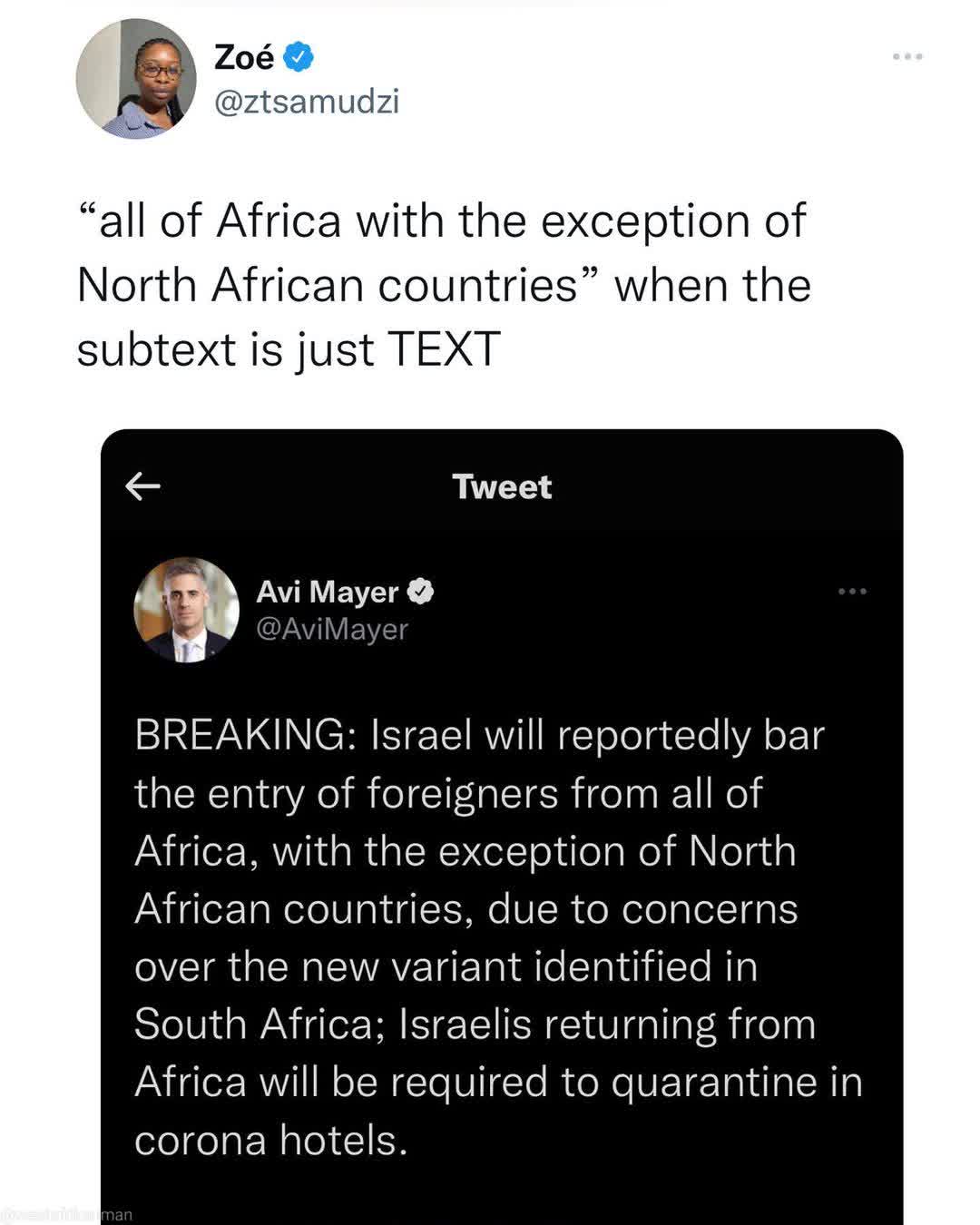 According to Reuters, Bennett told journalists a national lockdown was not an option at the moment, though Israel’s coronavirus panel of experts would reconvene on Saturday night to discuss possible additional measures.

Israel extended the ban within a few days interval

Israel had initially labeled seven African countries on Thursday as “red countries,” banning travel to them; but has now added 43 more countries on the continent to the list.

An attempt of an Israeli to travel to one of the 50 African countries will result in a fine of 5,000 shekels (1,569 U.S. dollars), the ministry noted.

All Israelis returning from the 50 African countries, including vaccinated and recovered ones; must enter quarantine for at least seven days.

Also, foreign nationals are not allowed to travel from the 50 countries to Israel; except in humanitarian cases with the approval of a special governmental committee.

So far, one case of Omicron has been detected in Israel; as a traveler who returned from Malawi was tested positive for the new variant.