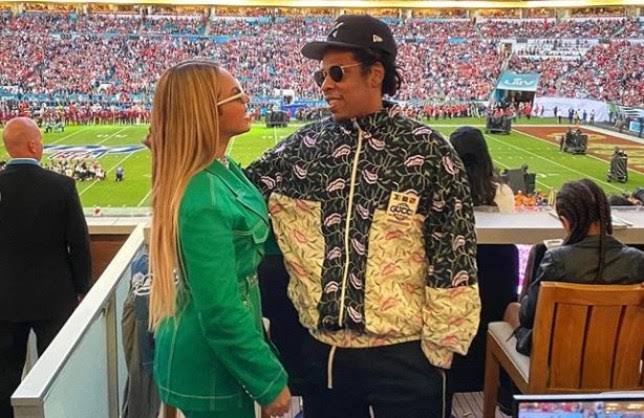 The just concluded Super Bowl would not have been complete without some drama, however embroiled in this one, is power couple; Beyoncé And Jay Z.

Social media has reacted angrily after Jay Z and Beyoncé sat during the National Anthem at the Super Bowl. The power couple who were with their eight-year-old daughter, Blue Ivy have been called ‘unpatriotic’ while others have accused them of harboring hatred toward the United States.

Republican political host Tomi Lahren took to Twitter to call the couple out for their joint refusal to stand for the national anthem. She didn’t hesitate to pour out her bile.

In another post, she also vented; ‘You hate the police, Donald Trump, and the spirit of this nation so much you can’t pick your privileged asses off the chair for 2 mins to pay some respect? Despicable.’

Other Social media Outrage Against Jay Z And Beyoncé

The Couple Also Had Some People On Their Side

Well, some other people are not so in their feelings about the “sit down”. There is infact a white man that no one is talking about.

The motive behind, Jay Z and Beyoncé sitting, has not been revealed. Jay Z’s Roc Nation produced the NFL Super Bowl LIV half time show.