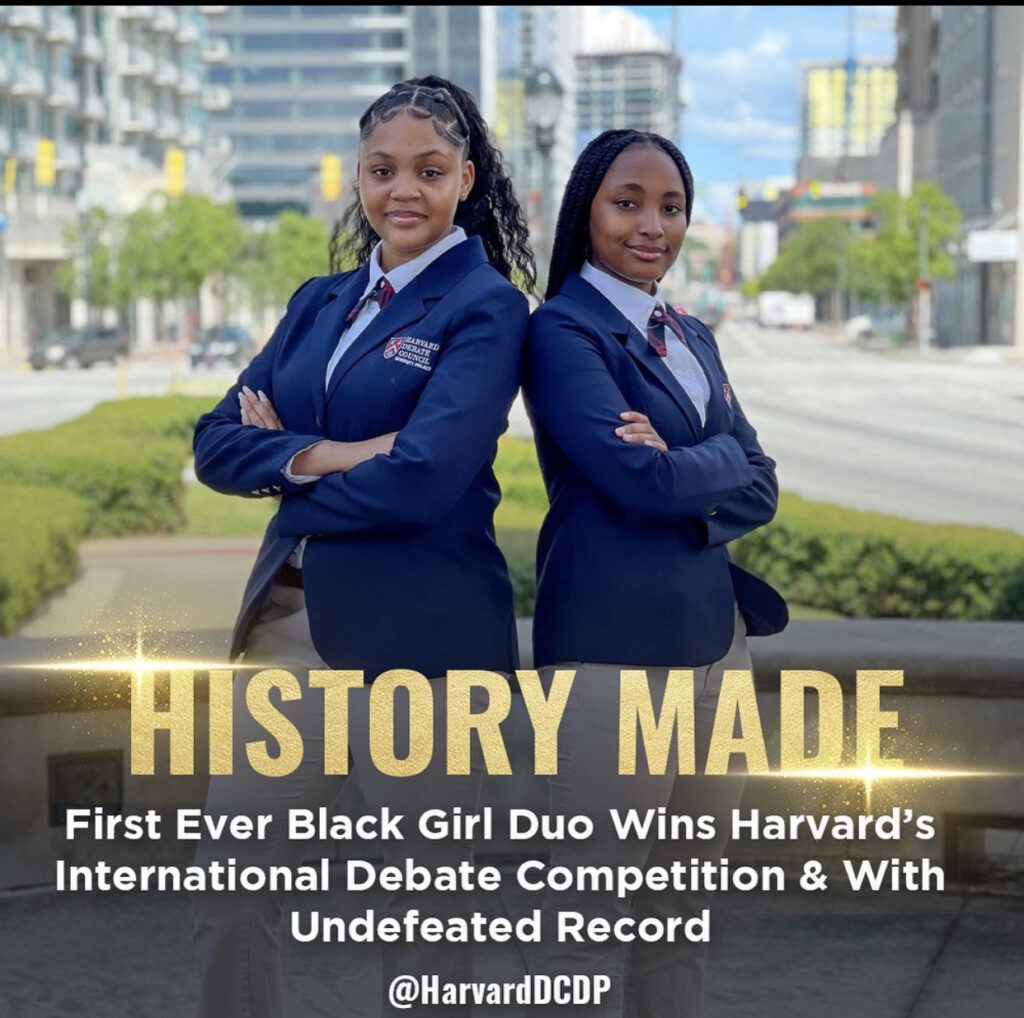 For the first time in the history of the Harvard Debate Council, two Black girls, Jayla and Emani from Atlanta have made history as the first Black female duo to win the annual summer debate competition at Harvard University according to an announcement. This also makes it the 4th year in a row that the group of African American students, known as the great Atlanta debaters are merging winners of the annual debate competition.

Each summer, the Harvard Debate Council, one of the oldest campus organizations at Harvard University; hosts a summer residential program for hundreds of gifted youths from over 15 countries around the world; who converge on campus for two weeks of intensive study, which culminates in a program-wide debate tournament. This year’s residency and competition were held virtually due to COVID-19 protocols.

According to Black enterprise, 16 year old Jayla Jackson is a rising junior at Holy Innocence Episcopal School, and 17 year old Emani Stanton; is a rising senior at North Atlanta High School. Both girls are current members of the Atlanta-based Harvard Diversity Project; an initiative founded by Harvard’s award-winning debate coach and author Brandon P. Fleming. In 2017, Harvard accepted Fleming’s proposal to establish the Diversity Project; as a means to promote diversity, equity, and inclusion on campus. 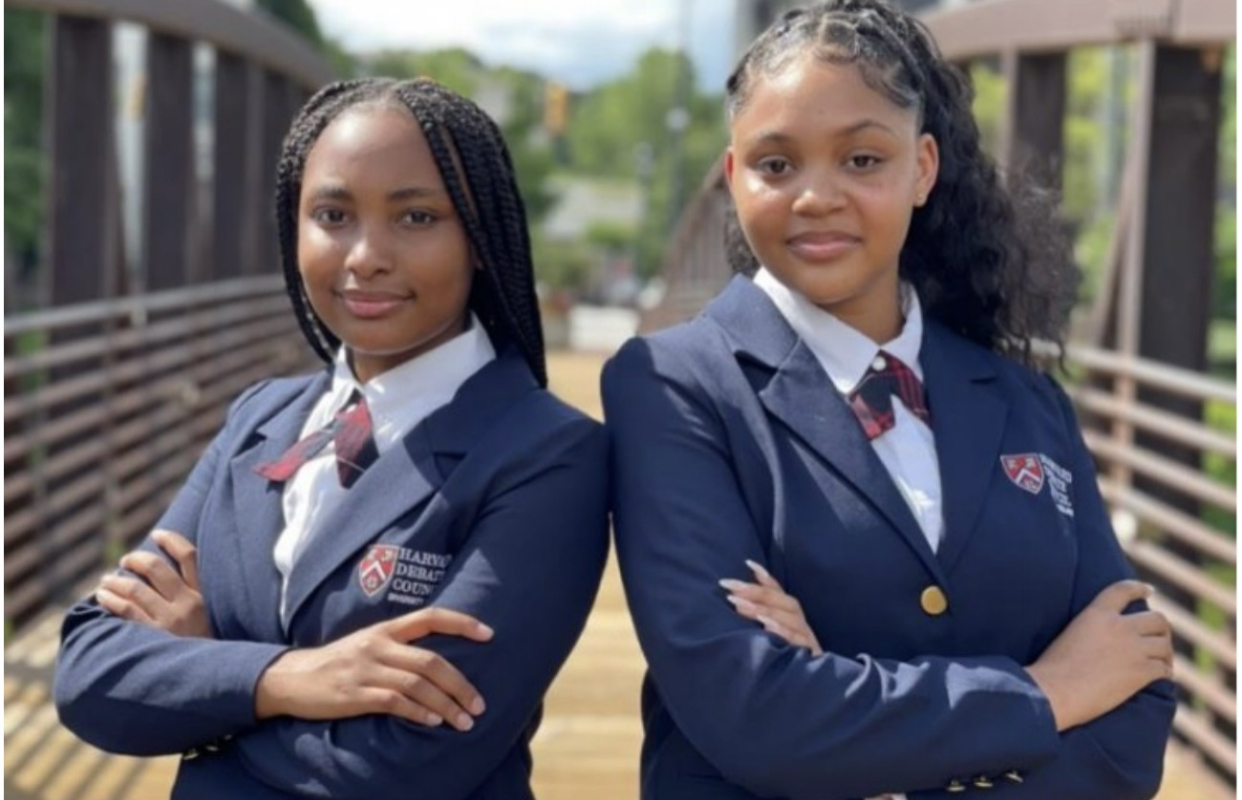 Fleming recruits underserved Black youth in Atlanta with little to no prior debate experience. He trains them every weekend for one year in Atlanta leading up to the Harvard summer program, exposing them to higher level academic disciplines. In four years, Fleming has raised over one million dollars to enroll over 100 African-American students into the Harvard debate residency on full scholarship. All four cohorts trained by Fleming’s unique curriculum have gone on to win the international debate competition at Harvard.

This year, Jayla and Emani secured the 4 th consecutive championship for the Atlanta-based team with an undefeated 10-0 record. The topic of debate was; “Resolved: The North Atlantic Treaty Organization should substantially increase its defense commitments in the Baltic States.”

Fleming emphasizes to his students that the program is “bigger than debate.” He states; “The achievements of this program and our scholars reveals to the world the power of educational equity.” Jackson remarks about the historic win; “We want to use our platform to show people what’s possible when the playing field is leveled for those who need it most.”

The Harvard Diversity Project has already accepted a new cohort; who will begin training in preparation for the Harvard debate residency of 2022.

You can read more about the story of the program and its founder in Brandon P. Fleming’s bestselling book, MISEDUCATED: A Memoir.