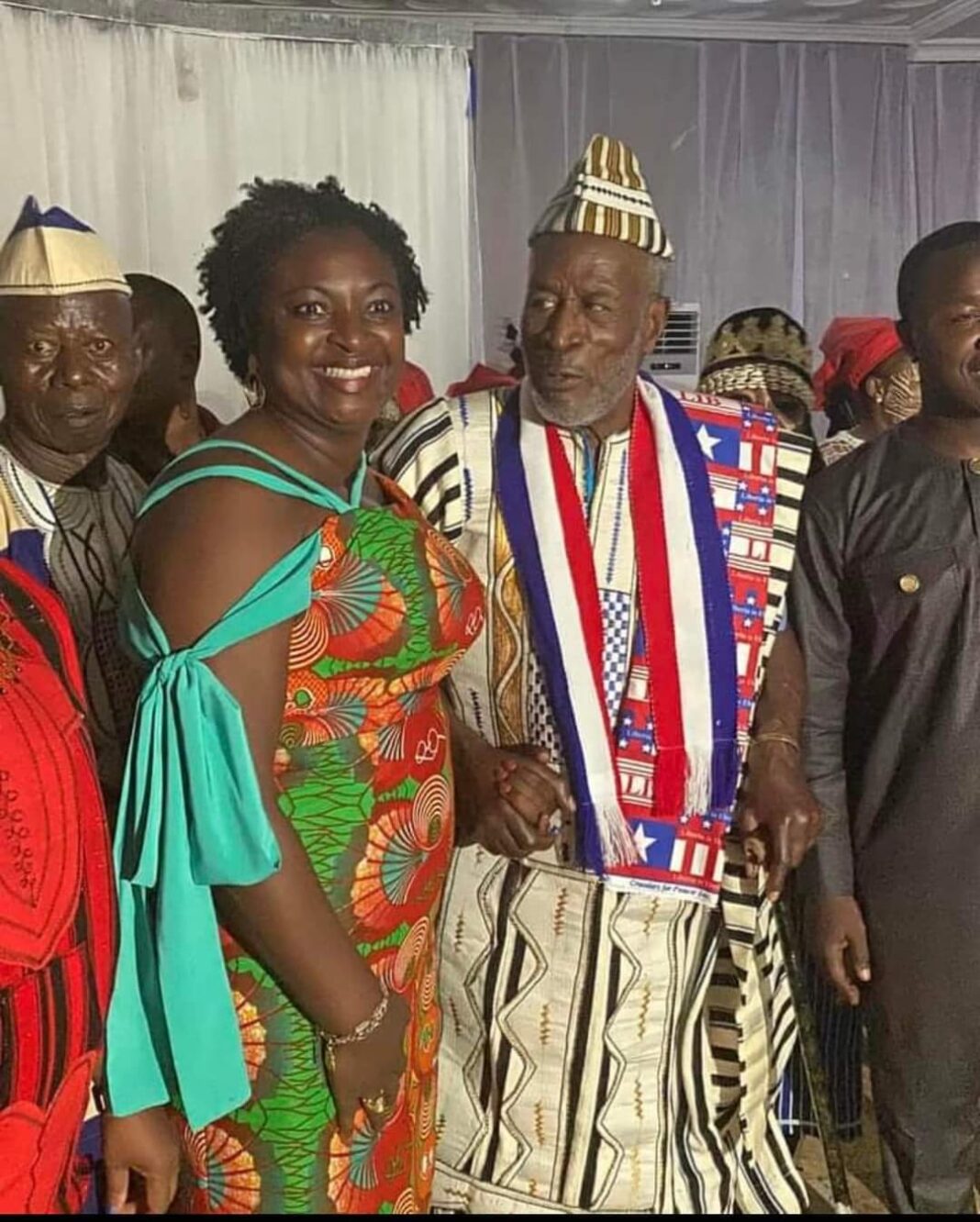 African-American Veteran actor who recently traveled with his family to Liberia for Bicentennial has added a crown to his achievements during his 82nd Birthday Celebration.

Mr. Amos, all dressed in African Traditional attire that is fit for a traditional Chief, looked Royal for the event as he celebrated the moment with family and friends.

Officially nicknamed Kunta Kinte, the elated actor who is of African Ancestry received his crown in a ceremony with popular Ghanaian-American celebrity Comedian/TV Personality, Michael Blankson leading the libation.

On social media, the daughter of John Amos, Shannon Amos, announced his Crowning through a post that has since received congratulatory comments from her followers. She wrote:

Our family is so proud of you and happy for you being crowned Paramount Chief of Liberia. What a beautiful way to celebrate your life today and to bring your journey full circle.

This is Monrovia, Liberia, West Africa’s Year of the Return. The government is encouraging tourism and the return of people of African descent to come to the Motherland.

My family lived in Monrovia, Liberia when I was a young girl. I’m so happy that my Dad has finally come home and is celebrating his 82nd Birthday as true royalty.

Mr. Amos is known to be a frequent visitor of the west African country, also, his Family had lived there before as revealed by his daughter, Shannon Amos, and had been warmly welcomed by the people of Liberia who are happy to have him back home.