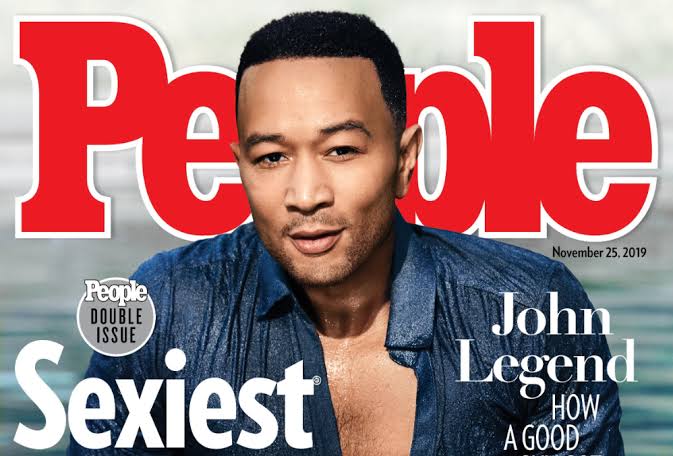 John Legend is People magazine’s sexiest man alive 2019 and his wife Chrissy Teigen is on top of the world about it.

The EGOT singer known for his silky-smooth vocals was revealed as this year’s winner Tuesday night on NBC’s “The Voice.”

Legend is a 10-time Grammy winner. The 40-year-old scored an Oscar in 2015 for co-writing the song “Glory” from the film “Selma.” He won a Tony Award for his co-producer work on “Jitney” and took home an Emmy as a producer on NBC’s live version of “Jesus Christ Superstar,” a project in which he also played the role of Jesus.

Reacting to the honor, Chrissy Teigen Changed her Bio to “currently sleeping with the sexiest man alive”, then tweeted;

John Legend who is perplexed, tweeted;

Chrissy is having a hell of a good time as her recent tweets include the phrase “Sexiest Man Alive”. The Couple, who recently gave each other a lie detector test, are further proving that they are America’s unofficial Number one couple. 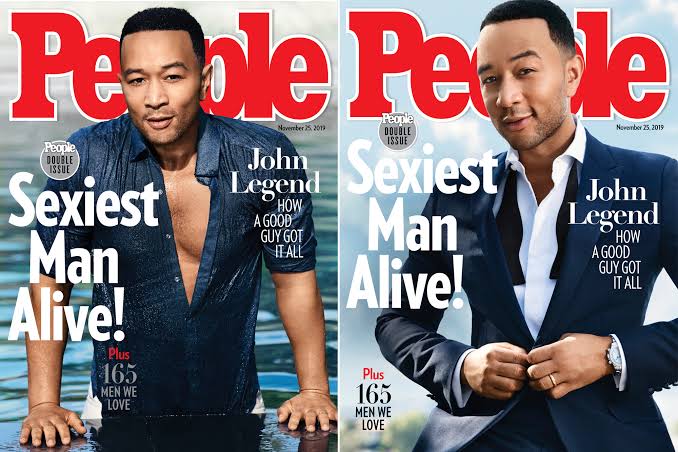 The announcement came during Tuesday’s night’s episode of “The Voice,” ; which was certainly made memorable thanks to the shenanigans pulled by Shelton, 2017’s Sexiest Man Alive;—”So ya’ll already came into the show with an EGOT,” began Blake as he clutched the pair of Daisy Dukes in hand; “and then you won ‘The Voice,’ so it became a VEGOT.” He then handed the glittery shorts over to the stone-faced Legend and proclaimed, “And now, you have … a VEGOTSMA,” as the audience and other judges howled with laughter.