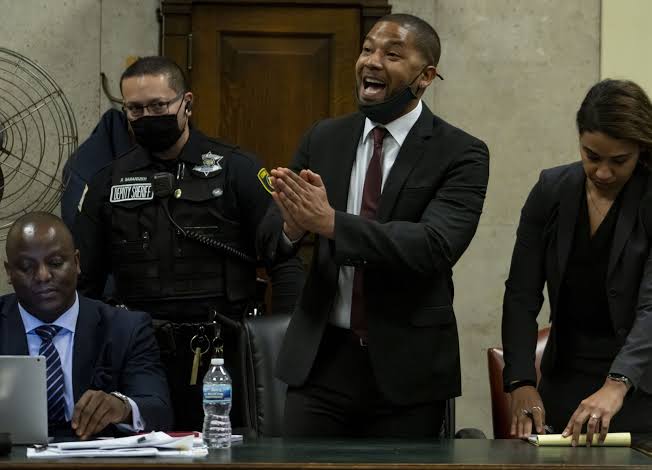 Empire star, Jussie Smollett has been  sentenced to 30 months of probation, including 150 days of jail time, for staging a hate crime against himself and lying to police about it. However, defending himself, the now disgraced actor raised his fist in the air and yelled out repeatedly in the courtroom that he was “innocent” and that he was “not suicidal.”

The 39 year old actor, was convicted in December 2021 of five felony counts of disorderly conduct. He had also been charged with filing false police reports stating he had been the victim of a racist and homophobic attack. Cook County Judge James Linn also sentenced Smollett to pay $120,106 restitution; to the city of Chicago to cover the cost of the police investigation, as well as a $25,000 fine.

The former “Empire” actor, who is openly gay, told police that two men attacked him in the early morning hours of January 29, 2019; shouting, “This is MAGA country!” Jussie Smollett also said the men beat him, poured bleach on him; and wrapped a rope around his neck like a noose.

But prosecutors alleged at trial that Smollett had actually paid two brothers, Abimbola and Olabinjo Osundairo; to pretend to attack him that night. The Osundairo brothers took the stand during the trial, testifying that Smollett had paid them $3,500; for the job and provided specific instructions on how to fake the attack. 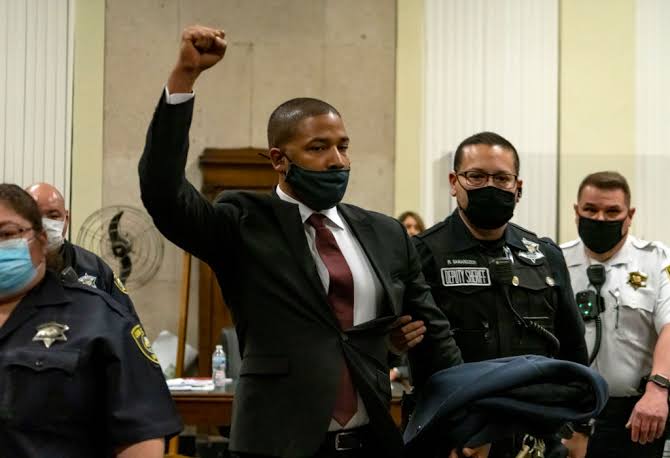 According to the Insider, In a blistering speech on Thursday, Cook County Judge Linn marveled at Smollett’s “hypocrisy,” called him a “charlatan,”; and that said despite Smollett’s social-justice advocacy and philanthropy, he had done “damage to real victims of hate crimes.”

Smollett could have faced up to three years in prison, but legal experts had long predicted that the actor; was more likely to be sentenced to probation or community service due to the non-violent nature of the crimes.

Additionally, a number of Smollett’s supporters, including; those in the racial justice community and the entertainment industry, also submitted letters to Linn pleading for leniency for Smollett.

Samuel L. Jackson and LaTanya Richardson Jackson, Rev. Jesse Jackson, and the NAACP all submitted letters asking the judge to consider Smollett’s history of charitable giving and volunteer work; and suggesting that Smollett has already been punished enough via the damage to his reputation and acting career.